JHARKHAND: Despite having numerous small rivers, rivulets and streams flowing through the region, most farmers in Jharkhand’s rebel-hit Khunti district would only manage to grow kharif crops and suffer low irrigation efficiency due to a lack of adequate water supply till recently.

It all changed in 2019 when the district administration, in association with an NGO — Sewa Welfare Society — and the gram sabha, took an initiative to construct ‘bori bandhs’, low-cost check dams, across the region that can easily retain water for irrigation. Under the bori bandh project, dams are constructed by filling sand and soil in used cement bags. 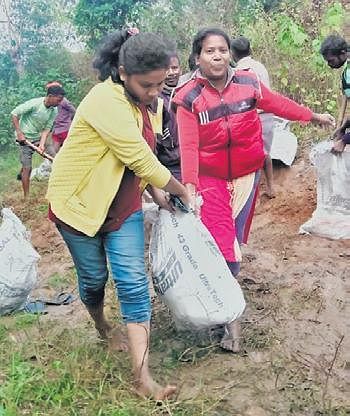 These bags are kept on one atop the other to stop the water from flowing into the local rivulets. This helps provide water for irrigation throughout the year and also maintain the water level in wells and borings.

The project has changed the lives of over 8,000 farmers living in more than 70 villages under Arki, Murhu, Khunti, Torpa and Karra Blocks of the Khunti district — by helping them grow crops around the year across thousands of acres.

From paddy, wheat, mustard to sweet corn, watermelon and various other vegetables and fruits began to flourish in their fields with the help of bori bandhs. The model of water conservation and sustainable irrigation is a two-fold solution — not only it addresses the region’s water woes but also contributes to increasing the water table.

Interestingly, bori bandhs are purely managed through ‘shramdaan’ (voluntary donation of human resources through labour). Currently, there more than 250 low-cost bori bandhs in the district.
According to Khunti deputy commissioner Shashi Ranjan, despite extremely fertile and sufficient rainfall in the region, the farmers had to resort to mono-cropping as there is a problem of run-off in this plateau region that amounts to low irrigation efficiency.

By the end of the kharif season, there would be no water left for agriculture that restrained the farmers to limit themselves to only one crop before 2019. “The concept is really a game-changer for the rural economy as it has multiple benefits. Bori bandhs, besides being cost-effective, have succeeded in helping water conservation and bringing up the water table, which is also an environment-friendly. They are more effective than the pucca check dam structures, which are raised spending several lakhs of rupees but after a certain period, get washed away by heavy rains,” says Ranjan. 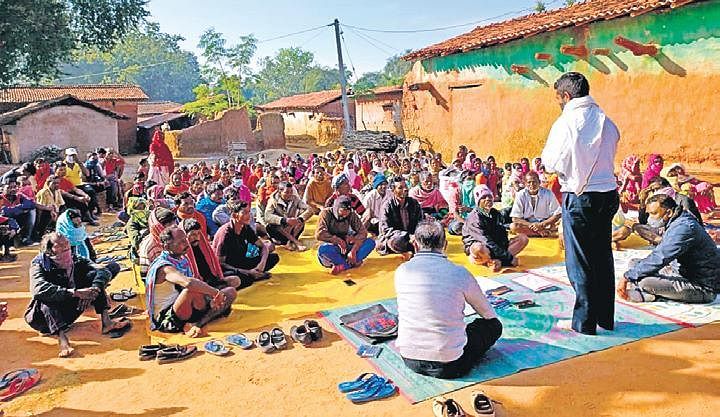 Wilson Purti, head of Hansa Panchayat under Murhu Block in Khunti, says: Bori bandhs also encourage us to get double crops from our fields. They have also helped rejuvenate traditional water resources such as ‘chuan’ and ‘dadi’.”  President of Sewa Welfare Society Ajay Sharma claims besides benefitting thousands of people, this project is helping to create social harmony in the region as it is completely based on ‘shramdaan’.

“After the proposal of constructing a bori bandh at a particular place is passed by the gram sabha, the district administration takes consent of the locals. The structure is raised by the locals following which a community fest is organised by the NGO,” says Sharma. Sharma adds that the rate of migration due to lack of employment opportunities in the villages after the kharif season started reducing considerably as farmers, especially the marginal ones, are focusing on agriculture as their primary source of income.

The model had fetched an award of excellence from the Union Jal Shakti Ministry in the participatory water management category at the National Water Innovation Summit 2020 held on a virtual platform in Delhi. With bori bandhs, farmers can cultivate mustard and wheat in rabi season and grow vegetables in large tracts as against the earlier practice when agriculture land used to remain fallow during the entire rabi season forcing farmers to migrate to nearby cities in search of livelihood