A government scheme is enabling women in state’s rural areas to manufacture, sell and repair these lamps for school students, serving the twin purpose of earning & learning

UTTAR PRADESH:  Four years ago, 20-year-old Nazrani Khan’s only introduction was that she was the seventh of the eight children of a poverty-stricken family in Khajuri village of east UP’s backward Sonebhadra district. Today Nazrani is a sociology postgraduate and a successful woman entrepreneur in her own right. Her monthly earning is around Rs 15,000. The Nazrani Smart Solar Shop not only sells solar lamps but also repairs them.

Her success stems from a government scheme of women empowerment ‘Prerna Ojas Program’ under the State Rural Livelihood Mission (Rural Development Department). “Four years back, I never even dreamt of buying a bicycle. The Prerna Ojas Program has helped me buy a scooter and the best smartphone. It has also helped me get my ailing mother fully treated. I am now able to give Rs 2,000 to my father and Rs 5,000 to my mother every month from my shop’s earnings,” says a proud Nazrani. 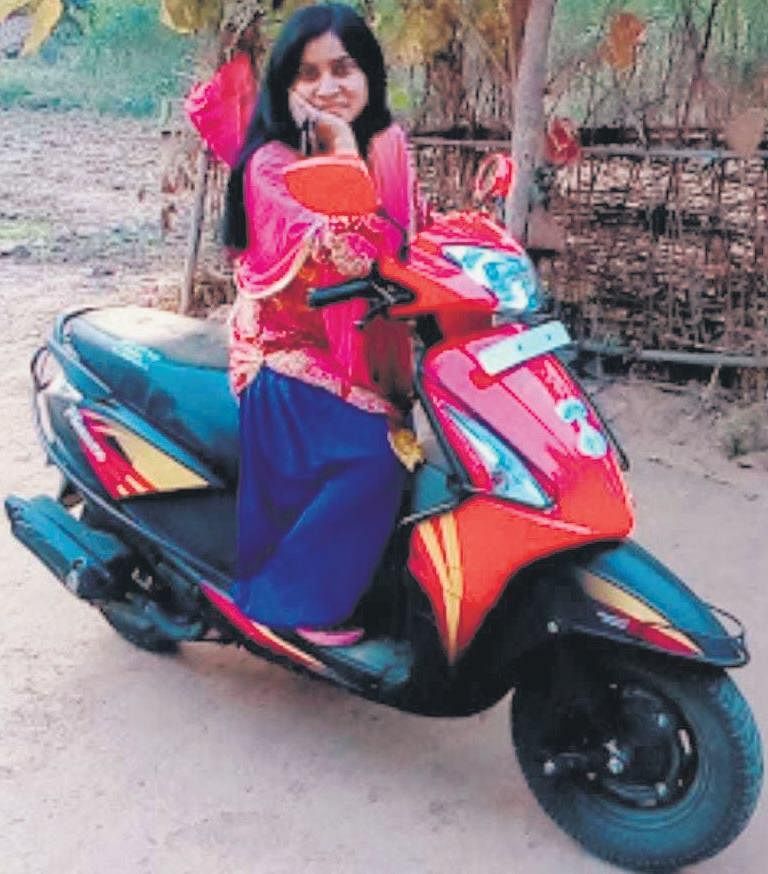 A schoolgirl who spent her early life in poverty has now met Prime Minister Narendra Modi in Delhi and Uttar Pradesh CM Yogi Adityanath, courtesy her success story under the women empowerment and livelihood scheme. In another part of UP, in Palaniya block of Lakhimpur Kheri district, another success story has surfaced. The life of Poonam, the 23-year-old mother of two daughters, has changed.

Poonam is also a sociology postgraduate. She still remembers the humiliation her illiterate daily wager parents faced for sending her to school and college. “Villagers made fun of me and my parents for educating me. They laughed saying even if I became a graduate or postgraduate, I’d end up cutting grass”. All this was beginning to appear true after her marriage five years back.

“Then came the Prerna Ojas Scheme in my life in 2019,” she says. Selected for the scheme, she completed her training in making solar lamps for school children.  “I didn’t tell my husband about it because he used to laugh at my education not fetching me any job. Two years on, my husband is proud of me and has joined me,” says Poonam.

The Mahima-Yash Smart Solar Lamp Shop sells and repairs solar lamps. Her outlet also sells cosmetics. The shop has borrowed its name from her kids, Mahima and Yash.  Both Nazrani and Poonam, are among the 4,000 skilled women and young girls who, through self-help groups, have made and supplied around 28 lakh solar lamps to school children in 75 blocks of Uttar Pradesh.

IAS officer Yogesh Kumar, the Mission Director of UP State Rural Livelihoods Mission, says the collective work of these self-help groups has led to the manufacturing of more than 28 lakh solar study lamps. These have been provided to government school students in rural areas. Each solar lamp comes for Rs 100 against their market rate of Rs 500 apiece. 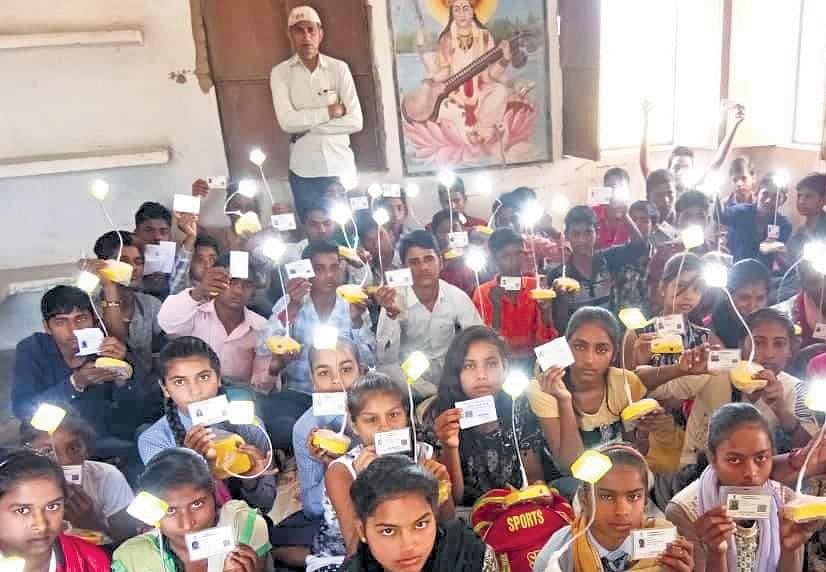 “The initiative is helping children in a great way in pursuing their education. Plus, it has brought a degree of financial independence in the lives of women who earn anything between Rs 6,000 and Rs 8,000 per month,” says project coordinator Shailendra Dwivedi. These women are also venturing into selling and repairing various solar-run equipment and products, including lanterns, flashlights, lamps, solar fans, solar torch, panels, solar power banks, and LED bulbs at their solar shops. These shops also work as training centres for other women.

“We started off with making and distributing solar lamps to school children at Rs 100 per lamp. My shop is now getting orders not only from Sonebhadra and adjoining Mirzapur district of UP but also from neighbouring Jharkhand and Madhya Pradesh,” says Nazrani Khan.