COVID-19: No role for cabinet in pandemic control, PMO calls the shots

All that the cabinet has done since April 1 is take insignificant decisions on metro projects, MoUs with other nations and productivity linked schemes.

NEW DELHI:  The union cabinet has met at least five times since the second wave of the Covid-19 pandemic began in late March or early April, but not a single decision was related to the ongoing surge, at least that is what can be concluded from the information the government has made available. All that the cabinet has done since April 1 is take insignificant decisions on metro projects, MoUs with other nations and productivity linked schemes.

For instance on April 20, when the second wave was about to peak and Covid patients were scurrying for non-existent vacant hospital beds, oxygen and critically-needed drugs, all that the cabinet did was clear the second phase of Bengaluru’s metro project and okayed MoUs with New Zealand, Australia, Bangladesh and Brazil. In the last meeting on May 12, the cabinet, among other things, decided to transfer ITBP land to the Uttarakhand government for its Dehradun- Mussoorie ropeway project. 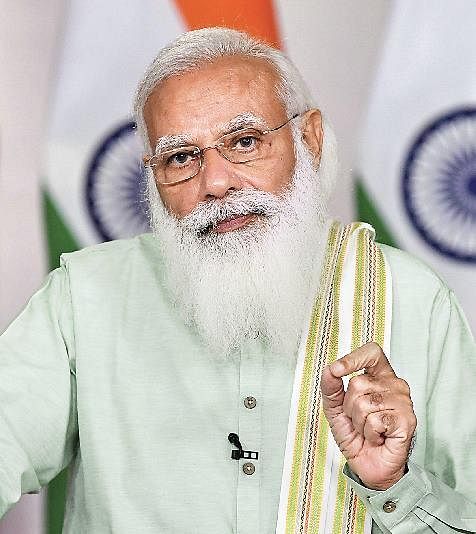 The absence of any role of the union cabinet in the massive health crisis facing the country is in sharp contrast to almost all critical decisions being driven by the Prime Minister’s Office to control the pandemic. After the PM canceled public rallies for the later phases of the West Bengal elections, he reached out to a number of chief ministers either on phone or virtually to take stock of the pandemic. He also held a video conference with 10 of them on April 23.

Besides, the PM has been holding scores of virtual meetings with stakeholders to deal with specific issues concerning oxygen, medicines, vaccines, Covid hospitals, which are attended by the officials and experts. The non-involvement of the union cabinet in the Centre’s response to the pandemic has raised eyebrows and suggestions that the cabinet system of governance that India has adopted is being weakened. “Every minister is allocated a portfolio and he or she is responsible for the assigned task. If the Prime Minister thinks that other ministers need to be involved in certain matters then a Cabinet meeting can be called,” said Yogendra Narain, a retired IAS officer and a former secretary general of the Rajya Sabha.

Narain said it was up to the Prime Minister, who if he feels, may ask a minister to help the health minister in dealing with a specific task such as transport of oxygen. A former top ranking bureaucrat said the Cabinet Secretary should have taken the PM into confidence and alerted him of an impending second wave, which could have been on the basis of warnings by international agencies or on the ground assessment in the states.

“It’s to be seen whether the Cabinet Secretary alerted the PM on time of an impending challenge with a request to call the meeting of the cabinet. If he didn’t, he failed in his duty.” Rashid Alvi, a former member of Lok Sabha and Rajya Sabha, lamented that the government in this dispensation “means” only the PM. “Cabinet meeting can be called only if the PM wishes, but the reasons behind second wave is Assembly elections and UP gram panchayat polls, besides Kumbh Mela in Hardwar,” said Alvi.

Now we are on Telegram too. Follow us for updates
TAGS
Narendra Modi PMO covid control coronavirus