There was panic around Oxford Circus and in its underground station shortly after 4:30 pm (1630 GMT), as police said they were responding "as if the incident is terrorist-related".

LONDON: Armed police rushed to London's busy Oxford Street shopping district on Friday after reports of shots fired sparked fears of a terror incident, but authorities said it was a false alarm.

There was panic around Oxford Circus and in its underground station shortly after 4:30 pm (1630 GMT), as police said they were responding "as if the incident is terrorist-related".

Crowds ran from the scene, many rushing into already packed shops for safety, reflecting the nervousness in a country that has seen five terror attacks since March.

But just over an hour later, the Metropolitan Police said: "To date police have not located any trace of any suspects, evidence of shots fired or casualties.

"Officers continue to work with colleagues from British Transport Police in the area of Oxford Circus."

A short time later, they tweeted: "Our response on #OxfordStreet has now been stood down.

"If you sought shelter in a building please now leave, and follow the direction of police officers on the ground if you need assistance." 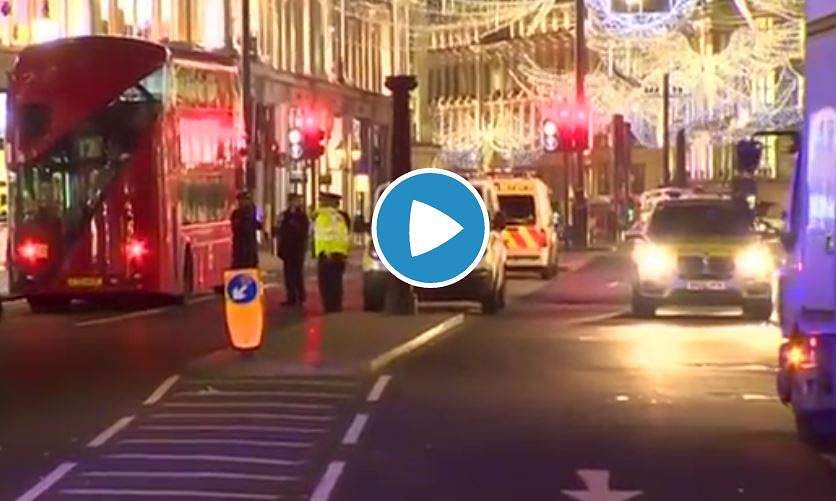 Oxford Circus, the junction of London's Oxford Street and Regent Street, was packed with shoppers seeking to take advantage of "Black Friday" bargains.

The British Transport Police said they had received one report of a woman sustaining a minor injury when leaving the station.

Shopper Ahlam Ibrahim told AFP she was pushed into a shop when people started shouting.

"We didn't know what was going on, it was really a nightmare. I am glad nobody was hurt," she said.

Transport authorities said Oxford Circus station was reopened, as was nearby Bond Street, which had been closed amid fears of overcrowding. Trains were stopping at both.

In the first statement, police said they were called at 4:38 pm "to a number of reports of shots fired on Oxford Street and underground at Oxford Circus tube station... Police have responded as if the incident is terrorist related".

They later said there were "numerous 999 (emergency) calls" reporting shots fired in a number of locations in the area.

British security forces are on high alert after a string of attacks this year, which have left scores of people dead.

The most recent involved a bomb on a packed London Underground train in south-west London in September, which injured 30 people. A teenager is facing trial for attempted murder.

Now we are on Telegram too. Follow us for updates
TAGS
Attack London British police Oxford Circus Undergorund Station