Texas bombing suspect blows himself up after police move in, records video 'confession'

A man suspected of carrying out a series of parcel bombings in the Texas capital Austin blew himself up as police closed in.

A man suspected of carrying out a series of bombings in the Texas capital Austin blew himself up Wednesday, leaving behind a recorded video "confession" that police said portrayed "challenges in his personal life."

Police said they surrounded Mark Conditt, a 23-year-old white male, outside a hotel in city suburbs, where a series of bombings that began on March 2 killed two men, both black, and injured several others.

The suspect detonated a device in his car and later died, Austin police chief Brian Manley said, bringing a dramatic end to the massive manhunt involving hundreds of federal agents and local police.

Police recovered a roughly 25-minute recording from a phone that was in Conditt's possession when the explosion occurred, and Manley said he "would classify this as a confession."

On the recording, Conditt describes seven explosive devices, and "we have accounted for the devices that we have known about," the police chief said.

"Instead, it is the outcry of a very challenged young man talking about challenges in his personal life that led him to this point," he said. 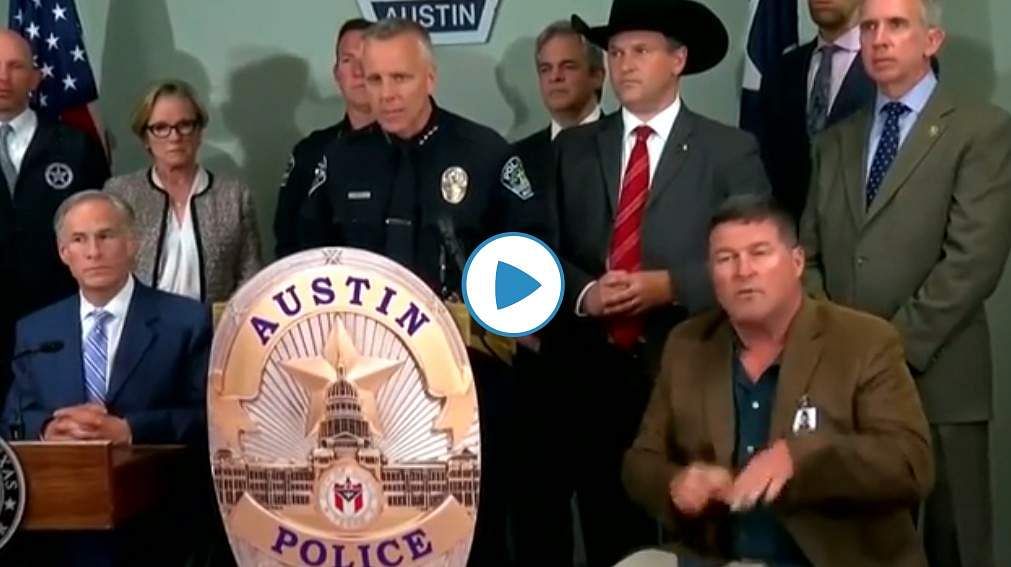 Conservative views
Police zeroed in on Conditt over the past 24 to 36 hours as evidence came in from video footage and witness accounts, Manley said.

A sealed federal arrest warrant and criminal complaint had been filed Tuesday night, charging Conditt with one count of unlawful possession and transfer of a destructive device, the US Department of Justice said.

Law enforcement officers searched a home in the Austin suburb of Pflugerville identified as Conditt's residence. Police evacuated a five-block radius and detained the suspect's two roommates for questioning.

Fred Milanowski of the Bureau of Alcohol, Tobacco, Firearms and Explosives (ATF) said a recovery team discovered explosive material in the home, along with "componentry" that resembled those found at the scenes of previous explosions.

Information about Conditt's past began to trickle out.

The Houston Chronicle reported that Conditt grew up in a religious family, was homeschooled and briefly attended a local community college.

Police could not say how he had learned to build explosive devices.

News organizations found a 2012 blog with six postings attributed to Conditt, who would have been a teenager at the time of their publication.

On it, Conditt described himself as "conservative."

The posts, apparently part of a class assignment, argued against gay marriage, saying homosexuality was "not natural," supported the death penalty, and criticized the sex offender registry.

Conditt's family released a statement to CNN saying they were unaware of "the darkness that Mark must have been in."

"Our family is a normal family in every way. We love, we pray, and we try to inspire and serve others. Right now our prayers are for those families that have lost loved ones, for those impacted in any way, and for the soul of our Mark."

'Deep breath'
CBS affiliate KEYE in Austin published photos it said were taken from security footage of the bombing suspect, wearing a blue baseball cap, gloves and possibly a wig as he dropped off packages Sunday at a FedEx office in Austin.

One of the bombs detonated early Tuesday at a FedEx sorting facility in Schertz, south of Austin.

Texas Congressman Mike McCaul, who chairs the homeland security committee in the US House, told KXAN TV that the suspect's use of FedEx was a major break in the case.

"Everything flowed from his going into this FedEx store, because from there we were able to ascertain who the individual was," McCaul said.

Amid the lingering questions, residents of Austin -- a city of nearly one million people -- were contemplating the end of a three-week ordeal.

"I think everybody is taking a deep breath this morning," said Steve Adler, the city's mayor.

Miguel Alvarado, who was heading to a park with his son on Tuesday night, told AFP that the serial bombings had taken a toll.

"People are a little shaken up," Alvarado said.

While the ordeal was coming to an end, some families and neighborhoods were permanently altered.

The first explosion on March 2 killed Anthony Stephan House -- a 39-year-old father of an eight-year-old girl who had started a money management company and worked for two Texas-based firms.

The second blast on March 12 killed 17-year-old Draylen Mason -- a high school senior and a musician in a youth orchestra, who was headed to college.

Both men were black, but a racial motive has not been confirmed.

"There's a sense of grief about what happened," said one Austin resident who did not want to be identified. "It changes your sense of safety."

Now we are on Telegram too. Follow us for updates
TAGS
Texas Texas bombing Austin Mark Conditt