India to cancel Overseas Citizenship of India cards of Sherin Mathews' foster parents, relatives in US

Manoj N Abraham and Nissy T Abraham, friends of the Mathews family, were among the first to receive a notice of cancellation of the Overseas Citizenship of India.

NEW DELHI: The foster parents of Sherin Mathews—a three-year-old girl who was found dead in mysterious circumstances in the US in October last year—and some of their friends and relatives will be put on an Indian blacklist and have their Overseas Citizenship cards revoked. Indian Consul General in Houston, Anupam Roy, said the decision was taken because the travel of these people to India was not in public interest. 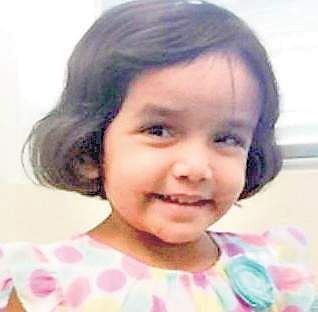 The decomposed body of Sherin, who was adopted from an orphanage in Bihar in 2016, was found in a culvert near the Mathews’ residence almost two weeks after her foster parents, Wesley and Sini, reported her missing on October 7. An autopsy concluded that Sherin had died of homicidal violence, but how she died could not be ascertained.

Consul general Roy said those on the blacklist included Wesley’s parents, and friends Manoj N Abraham and Nissy T Abraham, who apparently did not cooperate with the authorities during the investigation. Manoj and Nissy Abraham were among the first to receive a notice of cancellation of the Overseas Citizenship of India (OCI), which they have challenged in Delhi HC.

“There is a need to strengthen pre-adoption and post-adoption counselling sessions where parents go through rigorous assessment how ready and welcoming they are to welcome a new member. Also, when parents are adopting children and going abroad, there is a need to apprise individuals of the different cultural backgrounds and how it can impact the children,” said Dr Vasuki Mathivanan, consultant psychologist.

Stay up to date on all the latest World news with The New Indian Express App. Download now
TAGS
Overseas Citizenship of India Sherin Mathews