Jerky twists with a natural flow

Rhelationship between three men changes after an unfortunate event.

Rhelationship between three men changes after an unfortunate event. Human failures, retribution, guilt and redemption all form part of the storyline. The script and direction may not have reached the level of Milton’s delightful debut directorial venture Goli Soda (2014), but its emotional take on life, honesty and sincerity in its storytelling, gives it a positive feel. 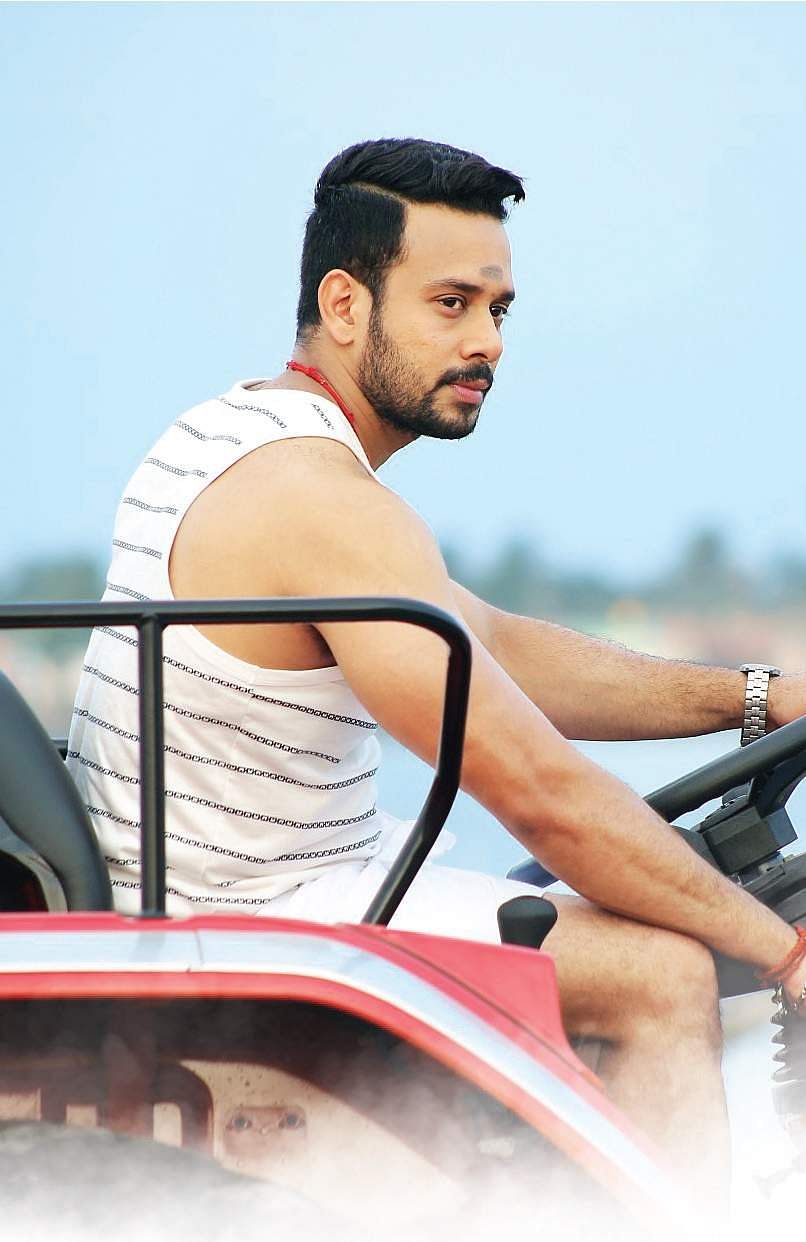 Nambi (Bharath), a physical fi tness trainer is aggressive and ambitious. Nambi doesn’t care about ethics and right/wrong, if it furthers his cause. Bharath with a beefed up physique, performs his role with assurance, without turning it into a typical baddie. Laudable is the director’s etching of Nambi as a man with human foibles and a victim of circumstance.

In contrast to him is Puli Pandi meek, uncouth and a simpleton. Puli, however, is technically savvy and active on Facebook chats. Puli’s determination to not let a gory act go unpunished and the steps he takes despite the odds against him, elevates his character from an ordinary human to a ‘heroic’ one. How Puli uses his skill in tiger-dance to his advantage, in his fi ght with the more robust Nambi, are riveting moments, well performed and well-choreographed. Rajakumaran is perfectly cast as Puli. Balancing the two characters is Anirudh (debutant Seeni suitably fitting in).

Amusing are the scenes of interaction between Puli and Anirudh as they chat with women on Facebook. But an event would occur that would put the duo against Nambi. Radhika (Of Kuttram Kadidhal) appears as a school teacher, gets a meaty role, her momentary bonding with Puli in the train is a touching one. Episodes of the town gearing up to welcome a minister and what transpires behind the scene as Puli performs his Tiger-act on stage, are moments that have a smooth natural flow.

We would later get to revisit the scene and view it in a new perspective, the twist here is appreciable. The fi lm has its glitches. Like, the transition through the various episodes and the linking of the characters has a jerky feel. Also, while Nambi’s change of heart is understandable, his sudden act in the fi nale seems like the story was being pushed to a desired end. But what the fi lm with its Dostoevsky- feel manages to do is touch an emotional chord in one. Running for about 115 minutes, watch Kadugu just once.