Where villians hogged the show

The fi lm begins with the journey of a simple man who tries to tackle a fi nancial issue and gets entangled in the affairs of criminal elements who circulate fake currency notes.

The fi lm begins with the journey of a simple man who tries to tackle a fi nancial issue and gets entangled in the affairs of criminal elements who circulate fake currency notes. The episodes in the fi rst half, gives the impression of it being an emotional drama on family bonding and relationships. 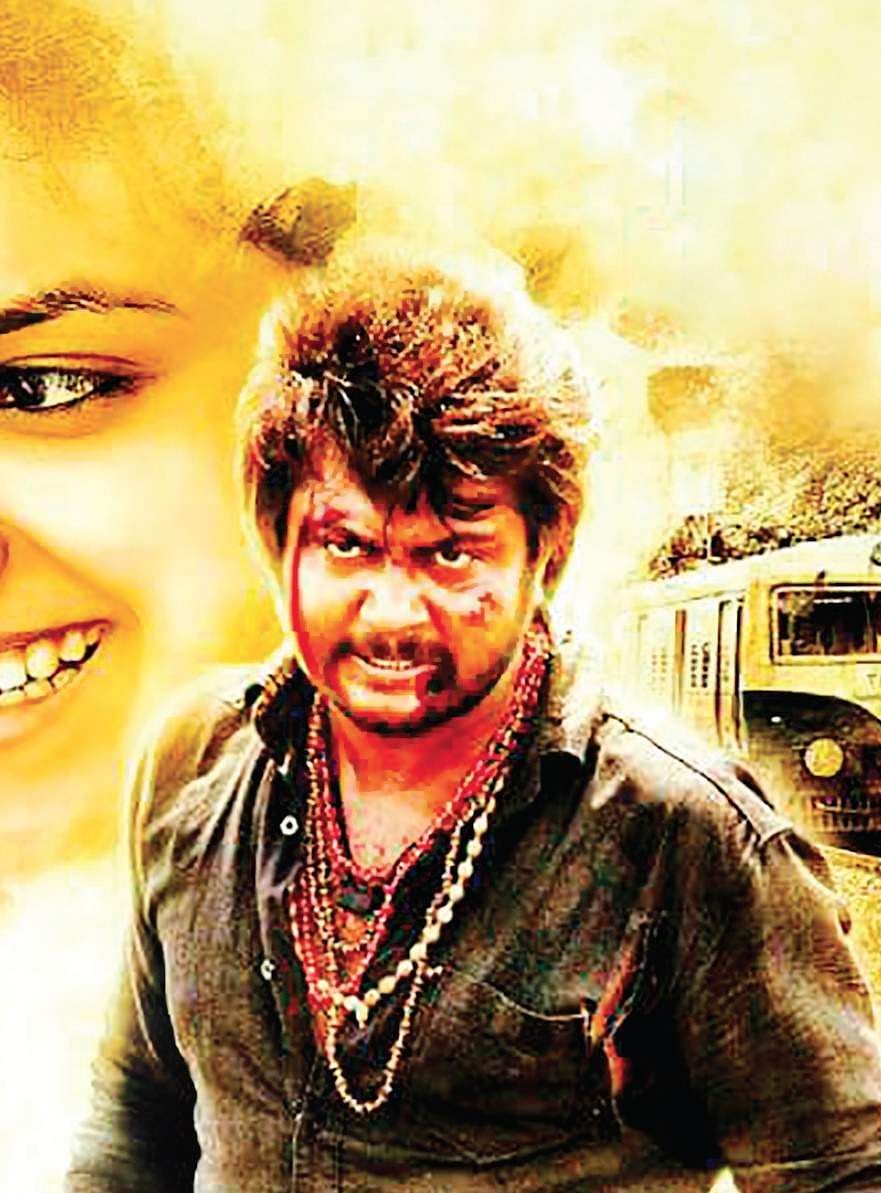 But in the second half the focus shifts, the narration taking an action-mode. The screenplay goes for a downslide here never to recover. Further, the scripting and treatment of the plot in the early part, reminds one of family dramas decades back. The story opens with Dakshna (Simha) taking up a job as a delivery boy at a water supplying fi rm. Some of the fun moments are generated in his interaction with his boss played by Rajendran, the latter in his elements.

The hero’s bonding with his widowed sister-inlaw who lives with him is well brought out. Dakshna is attracted to Veni (Keerti) and pursues her relentlessly. And she after the mandatory reluctance reciprocates soon enough. The hero’s life takes a turn when he had to overcome a fi nancial crisis, he resorts to a method that would backfi re on him. It’s a role different from the ones Simha has essayed so far. But the Simha of his earlier fi lms was a far more exciting watch, than the staid one here. The pace slackens in the second half, with the villains of the piece hogging the show.

The whole episode of the hero’s tryst with an arrogant boxer seems an unwanted distraction. Also forced in is a group dance number towards the latter part. The script slips into mediocrity towards the closing moments, the director making a futile attempt to pep up his narration with some added melodrama. The fi lm’s 140 minutes of running time could have been shortened and the story-telling made crisper. Pambu Sattai is at the most a promising work from a debutant maker.