Salman Khan sleep-walking through yet another Dabangg film, I had an epiphany of sorts.

Somewhere between the unfortunate placement of some 64 songs, the never-ending slo-mo sequences, and Salman Khan sleep-walking through yet another Dabangg film, I had an epiphany of sorts. Imagine Chulbul Pandey, the OG cop of the decade, entering the Rohit Shetty cop universe. We’ll have Chulbul, Singham, Simmba, and Sooryavanshi upholding their version of the law in super slow-motion and wearing stylish aviators like nobody’s business. Is this a crossover we deserve? Well, it will surely be better than what has been doled out in the Dabangg universe, this time. 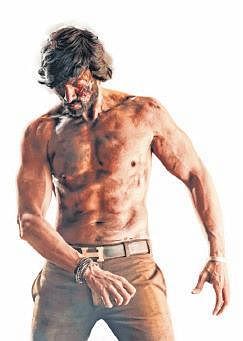 In the first of his 73 introduction scenes, Salman’s entry begins with the ground shaking. While a group of dacoits looting a wedding expect a genie to appear from an antique lamp in their hands, Chulbul breaks a wall and enters in a military tank. Who thought it was a good idea to hand Salman the keys to a heavy vehicle with destructive abilities? Anyhoo, very few actors sell OTT like Salman. Very few actors sell being caught with their pants down in front of knife-wielding henchmen. Very few actors can sell style like Salman. However, that’s exactly the downfall of Dabangg 3. Since there are very few actors who can do it, Dabangg 3 has Salman in almost every frame, doing the same thing, repeatedly, and in slowmotion.

It is high time Chulbul Pandey has a makeover, and I’m not talking about Salman shaving that pencil moustache to play a younger version of himself romancing someone 32 years his junior. Saiee Manjrekar, who makes an assured debut in Dabangg 3, plays Khushi. She is revealed to be the actual reason behind Chulbul’s now-iconic sunglass-resting place, and other such style statements. These romantic portions, especially with Salman trying too hard to be cute, don’t help the film at all. Apart from a DDLJ-Shah Rukh Khan reference, the only memorable scene from the flashback is a random Astral Pipes product placement and an unbelievably convenient coincidence.

If Wolverine can get an origin story after being part of three X-Men films, it is okay for Chulbul Pandey to get one after two films. However, it was important for the makers of the previous Dabangg instalments to have prepared us for the tragedy that has befallen Chulbul in his past life as a clean-shaven, useless, but of course, a good-natured simpleton.

We had no clue he had such a painful past that didn’t involve his step-father hating on him. This is the problem with our franchise films. There is no proper planning, and it is clear that most instalments are an afterthought to cash in on nostalgia.The only positive outcome of Salman’s decision to make Dabangg 3 is probably Sudeep’s Bollywood comeback. After decimating Chedi Singh and Bachcha Singh, Chulbul faces a worthy adversary in Balli Singh, and the Kannada superstar chews away the scenery even in the presence of an already OTT Chulbul.

His malicious character is very reminiscent of his Eega act. However, the eccentricities of Balli, and Chulbul too, are not utilised enough. When you have an actor who not only effectively portrays a hopeless romantic, but is also a menacing villain who buries his victims and grows a rose garden on top, you can’t just show him deliver empty threats. Dabangg 3 is not all gas though. It is fun to watch Salman let his guard down. Also, those throwbacks to the previous films actually lend a lot of credence to the Dabangg universe. I particularly liked Sonakshi Sinha’s Rajjo, who has some of the best lines in the film and delivers a neat performance scoring high in both humour and sentiment.

However, the forced comedy track and the laughably predictable twists undo a lot of the good. It is not exactly a twist if you have already done the exact same thing before in the franchise. It is this laziness in the writing and the unbelievable number of slo-mo sequences that hurt Dabangg 3 the most.

I do understand that the Dabangg universe helps Salman say the most inane things in the garb of punch dialogues and cutesy behaviour, but Dabangg 3 does something inexplicable. The intent to make Salman a role model caught me unawares (Salman has written the story himself). There are random women empowerment messages that feel more insipid than inspiring. I could literally feel my eyes hit the back of my head when he said, “I don’t hit women.” Well... let’s say I am referring to the famous Rajjo dialogue from Dabangg after he threatens to slap her.

To give credit where it’s due the makers actually deliver on one thing they promised since the beginning — an explosive climax that has Salman and Sudeep giving it their all. But again, after the fight overstays its welcome, and the climax runs its natural course, Chulbul resorts to dialoguebaazi, again! Probably after hearing my loud sigh, or not, Rajjo, who is being held captive by Balli, says, “Are you here to save us or just spout one dialogue after the other?” Oh yes... same doubt Rajjo, same doubt.

Now we are on Telegram too. Follow us for updates
TAGS
Dabangg 3 review Dabangg 3