'Welcome Home' review: A solid chamber drama and an affecting commentary on patriarchy

Written by Ankita Narang and based on a true story, Welcome Home might seem like a gritty chamber drama, but it is also an affecting commentary on patriarchy.

Two women are held captive in a nondescript house in the middle of nowhere. They are in this situation because of the goodness of their hearts. At one point in their captivity, the women — Anuja (Kashmira Irani) and Neha (Swarda Thigale) — talk about the cowardice of their respective mothers.

Both Anuja and Neha are unhappy about their mothers not standing up for them in the family. Anuja has an overbearing father; Neha, an abusive brother. But over this conversation, they each understand why their mothers behaved that way. We nod our heads too knowing that, at times, surviving can be the most courageous thing to do. It is this survival against insurmountable odds that takes centrestage in the ironically-titled Sony LIV film, Welcome Home.

Written by Ankita Narang and based on a true story, Welcome Home might seem like a gritty chamber drama, but it is also an affecting commentary on patriarchy. What’s most impressive about the film is how well it works as just a survival drama even if one doesn’t understand the subtext. Anuja and Neha are teachers at a government school in Nagpur. They are clubbed together for census duty and visit that ill-fated home where a heavily pregnant Prerna (Tina Bhatia) reveals shocking details about her life in the most chillingly nonchalant way. We see Prerna being controlled by Amma, the matriarch of the house. 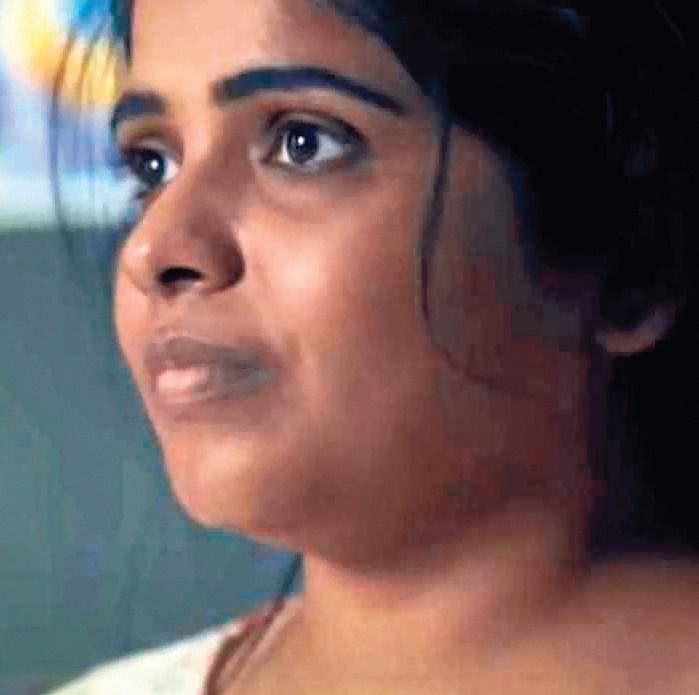 We come across Bhola (Boloram Das), a lecherous cook who is clearly up to no good. We are told about Ghanshyam, a mounvrat-holding middle-aged man who is responsible for multiple pregnancies of Prerna. There is an overall sinister vibe to the proceedings, and the teacher duo go down a treacherous path trying to help Prerna out of this misery.

The path has grotesque, bone-crushing violence that is somehow both compelling and squeamish. The violence meted out against the women of Welcome Home isn’t always physical. If two women are held against their will, there is a woman who doesn’t understand free will anymore. Even Anuja and Neha are not exactly aware of what it feels like to be truly independent. Though self-sufficient and employed, each women is forced to act according to the whims of either a brother or a father or a fiance.

Now, is this why both of them risk it all to return to save Prerna? Do they see their own mothers or their own futures in her? The film poses such questions on the ground realities faced by seemingly empowered women. An inappropriate proposition being turned down results in slut-shaming. An earnest plea about a woman’s urge to work and be independent turns into a misogynistic lecture on a woman’s rightful place. So when does a woman actually free herself of the shackles that are enforced upon her at every turn? Even if these questions don’t occur to the audience, it is pretty much guaranteed that they will enjoy this nail-biting thriller.

Another fascinating aspect of Welcome Home is how this isn’t a film where the women are waiting for men to come and rescue them. That doesn’t mean this is an NH 10 where Anushka Sharma takes up the cudgels. In Welcome Home, Anuja feels her mom will be the best person to help her. Neha, even when afraid of what would happen inside the house, is equally worried about how her brother would react to her absence.

During this struggle for survival, we see how ingrained patriarchy is in women. With such disturbing themes, this is a film that could have easily become overwhelming if not for the measured performances. There is a level of poignancy both Kashmira and Swarda bring to their characters who go through a gamut of emotions. The unassuming evilness of Shashi and Boloram unnerves us and makes us hope against hope that nothing happens to Anuja and Neha. Special mention to cinematographer Saee Hope and composer Meghdeep Bose for wonderfully reflecting the fluctuation between calmness and chaos.

While a case can be made against the excessive violence in Welcome Home, it cannot be written off here as just another offshoot of the freedom offered by OTT. The ugly head of patriarchy can come in various ways. It could have a bushy beard. It could have a calm demeanour. It could be propped up on a crutch. It could sport a derisive smile. But, if patriarchy does rear its ugly head at women determined to shape their own futures, then it is okay to cut it right off… and such bloodshed is definitely warranted.

Now we are on Telegram too. Follow us for updates
TAGS
Welcome Home review Welcome Home