It is a half remarkable thriller saved by twists.

In one of the film’s most whistle-worthy moments, Mammootty quips, “I also know a few tricks.” The actor has played investigators numerous times, but once again, he shows how to play another one in a way that makes it seem unfamiliar. The film, like its protagonist, also has a few tricks up its sleeve.
Mammootty plays Fr. Carmen Benedict, a priest who occasionally assists the police with difficult cases. He also has an eye and an ear for the paranormal. You could say he is a combination of Father Brown (the priest-detective from GK Chesterton’s books) and Kadamathathu Kathanar.

But there is also a bit of Bharath Patteri from The Truth, one of my favourite thrillers in Malayalam. Benedict is what Patteri would’ve been if he had joined the seminary. But don’t expect Patteri’s fiery monologues or fight scenes here. The Priest is not that kind of film. Here, the story is king (pun intended). 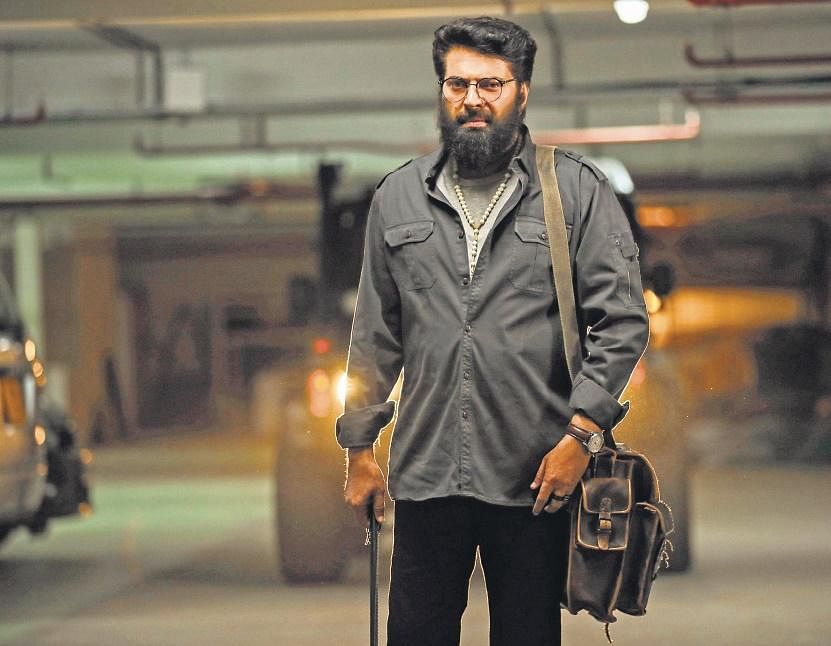 We get more than three twists, the best one coming during the interval. To avoid spoilers, I’ll just say that the film lets you believe at first that it is dealing with a single case. But later on, Benedict tells you that it’s only the beginning. You could say the film has the longest prologue ever seen in Malayalam cinema. You may find yourself questioning its relevance, but then the interval provides the answer. Similarly, there is another portion post-interval that gets you asking the same question. Again, you get a twist, this time in the finale, that explains what is what.

The film is at its smartest when it comes to revealing its surprises, even though they have been presented in other films in a different way. I won’t say its name, but there is an Indian film that has traversed similar territory before. But I was surprised in spite of having seen it. It got me thinking, “Well, this twist is not new, but I liked what they have done with it here.”

Although The Priest is the film’s title, this is a story of three women who are united in the most extraordinary way possible. Beneath the layers of intrigue and twists, this is a story anchored by an emotional core. However, that bit doesn’t feel as impactful as one hopes. As for the rest of the performances, there is nothing much to write home about. Everyone seems like mere props to drive the plot forward and do nothing else. They come, do their thing, and leave. But then The Priest is not to be seen as an acting exercise.

Though I found the story engaging, I was bothered by a few pacing issues, and I wish more attention was paid to the other departments as well. For a film that involves the supernatural and a protagonist with special powers, the visual choices don’t complement them, save for two effective exorcism sequences. Some scenes overstay their welcome while others come and go in a jiffy. Also, the talk of suicide and depression in its early portions warranted a trigger warning.

I also wished for a more effective background score because I couldn’t shake off a feeling of deja vu the whole time. It feels a bit outdated. There is also a moderate amount of jump scares that feel like damp squibs. Again, nothing new.The Priest has as much subtlety as an airport novel. You go with the story, the twists, and a compelling protagonist who is not without a sense of humour. The twists are rewards for sitting through the unremarkable portions. To put it simply, The Priest is a classic case of the destination being better than the journey.

Now we are on Telegram too. Follow us for updates
TAGS
Mammootty The priest

14 Phere review: A muddled comedy that goes around in circles