#MeToo: Aishwarya stands up for dad Arjun Sarja over being called out

Aishwarya revealed that Arjun had discussed about the film Vismaya with her, her mother and sister.

BENGALURU: “On what basis has she made this complaint?”asks Aishwarya about actor Sruthi Hariharan calling out her dad on a #MeToo moment, adding: “I am also an actor who has just started learning. I have been to school, attended workshops with big people and I know there is a method to it. I know when you are acting, you should know how to romance to the T also!” 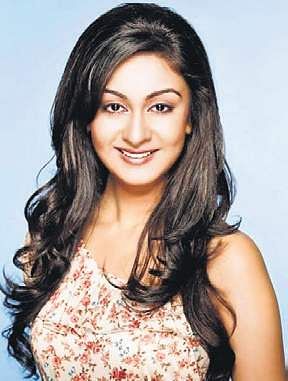 Arjun Sarja has directed his daughter in a film, Prema Baraha. “Thank God I have worked under him for a film and I know his style. As a director, I have seen him romance his associate director, who is a man. He used to hold him close, kiss him on the forehead and would explain it to me how to go about it. That man could have come out and said he felt uncomfortable. But everyone who is part of the industry knows — this is the part of the job.”

Aishwarya revealed that Arjun had discussed about the film Vismaya with her, her mother and sister. “He usually asks us to listen to the script as well. He had mentioned there were scenes which he was not comfortable with and he will accept it only if it is removed, otherwise he was not doing it. At that point, Sruthi (Hariharan) was nowhere in the picture.

“I was told she has shot for just about five days. It takes at least two days to know a person.  The minute she felt uncomfortable, she said she had cut off the calls. Where was the time for my father to ask her out for dinner? Or a resort, which my father never goes to, or to a pub where I have never seen my dad go?” she questioned.

Aishwarya said although her father has been called out, he was not bothered about himself, but more worried about his family’s feelings. “He is more worried about what we would feel and what we might go through. But we have come closer and become stronger than ever,” she said.

“The #MeToo moment is beautiful and as women, we should support it. I think in India, we need it because there are so many things that are male-dominated,” said Aishwarya. “In my work life, and me being Arjun’s daughter, I faced situations. In fact, I am not taken much into consideration because I am so-and-so’s daughter,” she said.Aishwarya felt ‘sexual harassment’ is a strong word.

“But I don’t see any sort of harassment here. Something that is forceful, which is done against someone’s wish, then that is a #MeToo moment, not this. Someone like Ms Hariharan is using #MeToo for her own gain, but I don’t know for what... for popularity? She has chosen a Saturday (to call him out), chosen an actor who is famous in all languages. Her name will be flashed across every regional channel. I don’t know, because I don’t think like her and never want to ever. It’s just sad she is doing this and even sadder that we have to talk about this because she has brought it out in the open,” she said.

She felt her father should file a defamation suit as soon as possible. “A lot of people are calling us and say that it is completely baseless. She has not been able to give anything that is valid. We all have common sense, but I think Sruthi lacks it. This is not something I expected from her. We all believe that there is some kind of motive behind this as it comes out of the blue. Even if she has proof, that will definitely be fabricated. Anything technologically done, it is very easy to create. Let’s see what she does,” Aishwarya said.

Mangaluru: While the Kannada film industry has started to face the heat of the global phenomenon against sexual harassment, #MeToo movement, a popular actor took a stand to call out its misuse in the industry. Coming out in the open about her apprehensions regarding the movement was Sandalwood actor Ragini Dwivedi. “It is a good development that women are speaking up about the difficulties they have faced through the #MeToo movement. However, some are misusing the movement for personal gains,” she told  mediapersons in Mangaluru on Sunday.  Ragini was in the city to offer prayers at Mangaladevi temple before the release of her upcoming film. Supporting one of the first advocates of the movement in the industry, she said: “Sruthi Hariharan is a good girl and does not indulge in loose talk. If the incident she described is true, the perpetrator must be punished.”  Albeit it is wrong to use the #Metoo movement for selfish gains, she added.