The offline game has a young boy as the central character who has to clear multiple obstacles including the COVID-19 virus, infected people and gorges to reach his destination.

The state was in the news earlier for its plan to feed strays, market low-rate hand sanitisers and run community kitchens to avoid starvation due to the lockdown. Kerala was also the first state in India to tackle the shortage of face masks by producing them in prisons.

Now, the health department has released an anti-coronavirus mobile game - the first of its kind - in collaboration with a startup.

The endless 2D running game was made to promote awareness about the pandemic among young minds.

The offline game has a young boy as the central character who has to clear multiple obstacles including the COVID-19 virus, infected people and gorges to reach his destination. Coming into contact with the virus or affected people and falling off cliffs will result in the game getting terminated.

Players have to collect as many face masks, soaps and hand sanitisers as possible to recharge the character's ever-depleting health.

The game level rises each time a checkpoint is reached. Along the way, players continuously cross signboards that display awareness messages including alerts against fake news and the importance of washing hands.

Thrilok Games CEO Arya Murali said her artists conceived and finished the project in just 15 days though there was no mention of a deadline in the agreement. 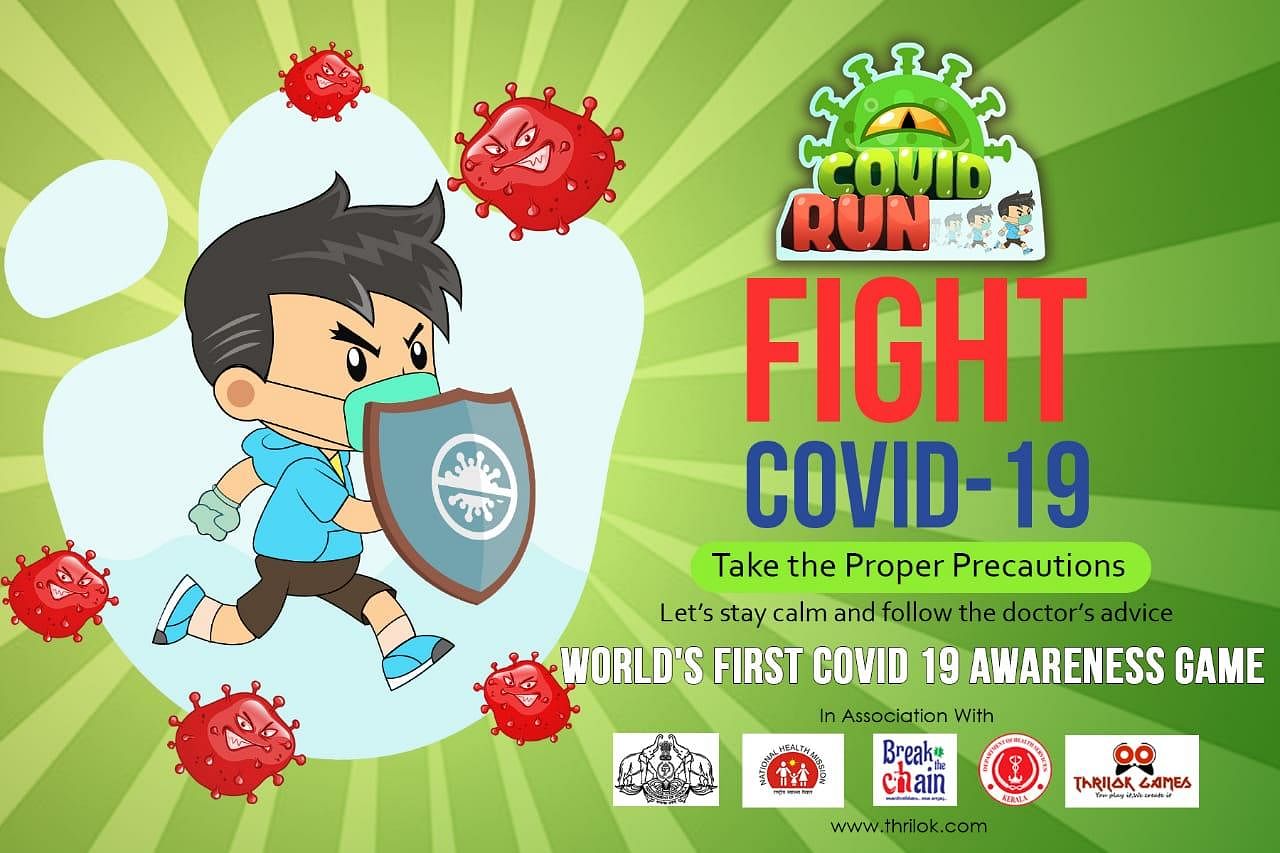 Explaining why the game was hosted on an exclusive website and not on popular app stores, Arya said data security of the users was given priority. "Uploading the game in app stores will bring us revenue but make the game malware-prone. The website is secure as we have access to the server," she said.

The game is unavailable on Google Play Store for a different reason. "Play Store has very strict COVID-19 policies. Google notified us that they are not accepting any entertainment applications associated with coronavirus. Even a direct communication from the health department went in vain," she said.

"A group of IIT students had also launched a similar game after us, which also met with the same result," Arya added.

The Kerala Health Department had contacted almost all Kochi-based developers for the project but most backed off following disagreements over the budget. Just one year into the business, Thrilok decided to accept the contract without any conditions keeping in mind the social commitment involved, the CEO said.

"Covid Run" can be downloaded from www.gamecovidrun.com. Thousands of people have visited the website since the day the game was launched, said the developers.