A look back in time

It’s a tale set in India’s Pataliputra during Alexander’s conquest of the Persian capital of Persepolis and the Battle of the Hydaspes.

In the history of the ancient world—and not just the history of India—the Battle of the Hydaspes in 326 BC, between the armies of the Macedonian ruler Alexander and King Puru (‘Porus’), is an important event.

Important not just because of its political ramifications, but because it had an influence on the culture and society of that part of India. It was to build Puru up as an icon of Indian nationalism centuries later, and it was to possibly result in the injury that eventually caused the death of Alexander, bringing to an abrupt halt a life that might have changed the world. 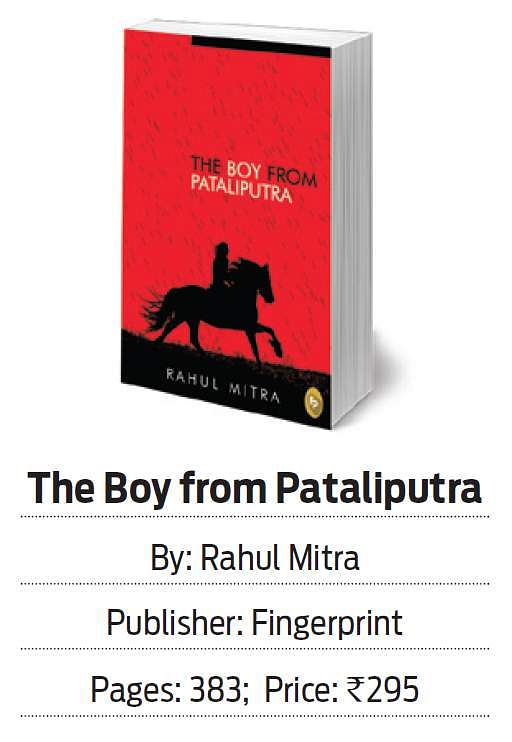 The Boy from Pataliputra begins with Alexander’s conquest of the Persian capital of Persepolis and reaches its climax with the Battle of the Hydaspes, but between these two bookends featuring the Greek conqueror is a tale set in India.

Aditya, a boy from Pataliputra, is forced to flee his hometown after his brother, an officer, is wrongly accused of a crime and executed. With some help, Aditya joins a caravan heading westward and washes up in the city of Takshashila, where he comes in contact with a varied lot of people.

The enticing Devika, daughter of a wealthy merchant; the students Rishabha, Nala, Radha, and Sameera; the drunken dhaba owner Tanku. And some characters whom history knows well enough, too: the surgeon and physician Charaka; Chandragupta, the future founder of the Maurya dynasty; his advisor, Chanakya.

The book excels in the way it depicts historical events. The sacking of Persepolis and the Battle of the Hydaspes, for instance, are brought vividly to life—so vividly, that one can almost hear the sound of battle, the trumpeting of Puru’s elephants and the screams of the wounded. The rain, the swollen river, the clash of arms, the smell of blood: Mitra does a superb job of taking his readers back in time.

There are other instances of what has obviously been pretty extensive research: copious notes at the end of the book explain references in the novel and provide some trivia. The maps at the front of the book, though visually cluttered, are an attempt, too, at explaining the political geography of the period.

The problem with the novel, however, lies in its unevenness. It is uneven in several ways. The characterisation, for one, which (except in two cases—Aditya and his mentor, Pandi) consists mostly of one-dimensional characters: some of these, like the Greek Philotas and the dhaba owner Tanku, are almost caricatures.

The plot is somewhat uneven, too: there are protracted descriptions of a handful of important events, interspersed with relatively uninteresting interactions between Aditya and those he comes in contact with (much of which, when between those of Aditya’s generation, read like a historical campus
novel, romance and horseplay included).

Most jarring of all is the unevenness of the language. On the one hand, Mitra uses archaic words such as agrahara, vihara, kautuhalshala, prahar and tamrapatra; on the other, he uses very modern words and phrases like fixers and movers [sic], awesome guy, and freebies, besides modern Indian words (like yaar and pahalwaan), which would not have existed during the Magadhan period.

Stricter editing and efficient proofreading would perhaps have helped iron out some of these problems.