A love triangle ends in death, and a crazy cop leaves no stone unturned to solve the mystery

It is said that a man can be judged by the outfit he adorns. Same goes for a book, which is mostly analysed by its cover. Personally, a good cover leaves a lasting impression on my mind. Having said that, I wasn’t much impressed with this one. The cover was average but the black, white and red play attracted me towards it. And the silhouette of a death by hanging definitely made me take a look at the book’s content.

It is bound to give you some deja vu blues if you have read crime thrillers and detective fiction before. There were several points where I thought I knew what was going to happen, but then author Salil Desai bulldozed my lousy imagination.

3 And a Half Murders is the third in Salil’s Inspector Saralkar Crime Fiction series, and like always, he is the protagonist.

For inspector Saralkar, duty is his first love. His wife, his abnormal habits and even his own health come later. The inspector and his aide, the not so intelligent yet hardworking SI Motkar, set to solve the murder mystery of a couple—Sanjay and Anushka.

Sanjay has claimed in a suicide note that he killed Anushka because of her extra-marital affair and then committed suicide. The note explains the entire crime, but that’s not all that meets the eye. So our desi Sherlock and Watson pair embarks on the journey of unearthing the truth. 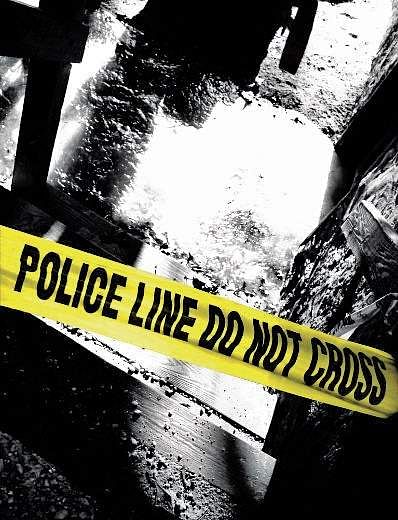 Salil’s execution of every character is noteworthy and delighting. His style is convenient and one can complete the 327-page book in two sittings. He narrates a chapter till its high, then mixes it with a different scenario, until that reaches climax. This makes the narrative more intriguing. The built-up of every character forces you to understand the psyche behind every wrongdoings.

The narrative potpourri is flummoxed with Saralkar’s introspective punchlines. He throws his sarcasm at his wife, his trustworthy Watson and even at his suspects.

Salil himself comes across as a surprise. He responsibly carries the load of the anti-climax and the climax unlike his last book. The unpredictability and the backdrop of the criminal make the climax unbelievable and astonishing. The book surely impresses the reader with the final revelation.
So, what is the truth? Is it a murder and a suicide, or double murder, or a crime of hate trail? Read on.