HYDERABAD: Different shades of blue, in abstract semi-circular lucid motion donning the cover of K. Srilata’s fourth poetry collection ‘The Unmistakable Presence of Absent Humans’ pull you inside the whirlpool of a poet’s psyche with an urgency to engage in what the pages within offer.

One encounters not only the painful memories of her parents’ separation but also the absence of those who have left indelible imprints in unfolding her life.

The collection offers layer by layer description of what was and what could have been. The relationships unfurl and get involved in the process with which the Madras-based poet offers a glimpse into the river of her thoughts which flows and flows till it finds the shores disconnected from it long ago.

The first poem ‘It is 1966’ portrays the relationship between her mother and father while the poet herself is not there. It is written after Agha Shahid Ali’s poem ‘A Lost Memory of Delhi’ in which he watches his parents in absentia–as a distant chronicler of time. Srilata becomes the ledger-keeper of the times her parents shared. It is marked with empty boxes of her father’s absence.

While her mother’s sari is already a ‘grieving afterthought’ crumbling with withered jasmine flowers in her hair, the milky white blossoms, the quintessential floral symbol of love appears again in her poems only to denote a faint scent while the source is no longer there.

She continues the trail in poems like ‘A Disappeared Person’, ‘I Sweep the Spores of a New Silence’, ‘A Grey Umbrella of Early November Rains’ among others while ‘looking for light’ even if it’s ‘feeble, too deep to access’. She then gets the mythological references of Sita and Penelope--the epitomes of eternal wait carrying the burden of having been forsaken. The pain buried deep within. 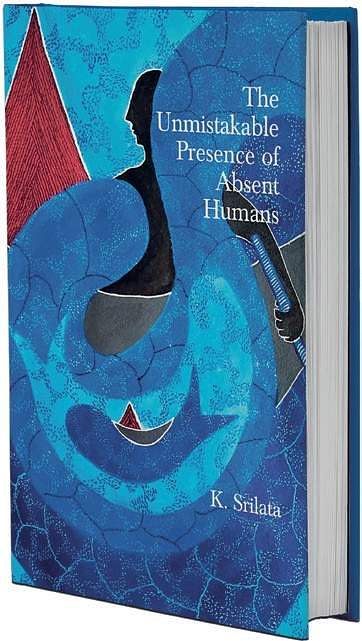 In the next few poems she turns to her ‘other self’ which, as it often happens, is elusive. In the poem ‘Things I didn’t know I loved’ she sets free ‘small islands of quiet’ to ‘nights descending like a tired bird’. She moves to different places to explore this absentia, the longing left behind. Her poem ‘England, 1999’ laments the India presented to the West in shades of soot and blood, muddled with hunger and dirt. But within this frame is hidden another frame which the poet wants to share with her ‘gracious’ British hostess.

The anger seeps within. The sadness spills. The most powerful poem in the collection reminisces Atta Mohammad, a gravedigger and caretaker of unmarked graves in Northern Kashmir. It’s a first person narrative of burying bodies of young boys, minor girls, charred bodies, scarred bodies.

He spends his hours weeping as he buries them all, what he can’t bury is ‘the remembering’ which is going to haunt him forever. The poet detaches herself here and transports the reader to the wounded valley. The pointed end stays forever.

The book connects human heart from different pathways which are familiar but appear new. The voice of the poet stays as one moves with the stanzas. The book offers you a trip to reconnect with what is buried inside you which you think is in absentia, but is actually not.
Available on Amazon.in
Publisher: Poetrywala
Price: Rs 300

Now we are on Telegram too. Follow us for updates
TAGS
The Unmistakable Presence of Absent Humans Book review Srilata