When Sivagami avenged her father’s death

HYDERABAD: In an endeavour to present readers with the undisclosed events unfurling during Sivagami’s youth, bestselling author and screenwriter, Anand Neelakantan is all set to release Book II of the Bãhubali trilogy, Chaturanga. In an exclusive Facebook Live with celebrated actress Sonali Bendre Behl, Anand Neelakantan sheds light on the protagonist, Sivagami along with highlighting how he enjoyed developing the character and the story.

Published by Westland Publications, the book is a page-turner exploring the varied facets of ambition, love, loyalty, passion, and greed. Slated to hit the stands for readers around the world soon, Chaturanga is a captivating tale of a woman in power and her struggles and sacrifices in a patriarchal society. The book will see a worldwide release on August 8.

Authored by one of the country’s finest raconteur, ‘Chaturanga’ acts as a prequel to the film Bãhubali: Before the Beginning. While the first book in this series - The Rise of Sivagami chronicles a tale of intrigue and power, revenge and betrayal; this second book explores Sivagami’s plight as she sees herself as ‘Bhoomipathi; from where she can more ably pursue her burning desire to avenge her father’s death.

Anand said, “Post my first book in this series – The Rise of Sivagami, where this little orphan girl starts building a rage within her to unfurl the secrets of Mahishmathi empire, I started with my plans to pen down the prequel. The idea behind Chaturanga was to bring forward a story where a woman competes in a man-driven and dominated world. The book captures an eventful journey of Sivagami, and how she goes to live in the same kingdom under the king who killed her father. Chaturanga weaves a beautiful story of romance and pragmatism that we experience in life.”

Expressing his views on the Bahubali series, Gautam Padmanabhan, CEO, Westland Publications Ltd, said. “The Bãhubali films touched a chord with people across the country, and Westland is privileged to publish the Bãhubali: Before the Beginning series. Anand Neelakantan is a brilliant storyteller, and has more than done justice to the story and the characters. We’re very excited to present the second in the trilogy to readers and are confident that they will love the book.”

Shobu Yarlagadda, co-founder and CEO, Arka Media Works said, “We are pleased to present the next chapter in the Bãhubali saga, enriched through Anand’s vision and understanding of the Bãhubali universe. It explores the next phase of Sivagami’s journey to becoming the iconic queen we have come to know and love from the films.” 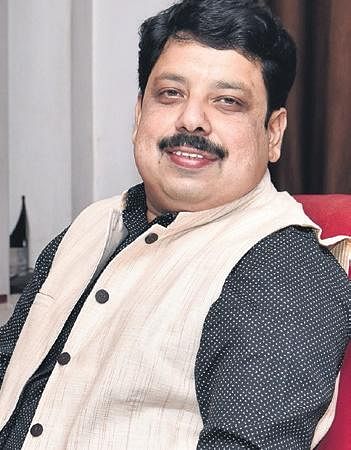 “SS Rajamouli’s Bãhubali continues to be one of the most beloved and enduring stories for millions across the country going beyond films into animation, gaming and books” said Sharad Devarajan, founder, Graphic India. He added, “Anand’s amazing second novel in this trilogy will offer Bãhubali fans an opportunity to go deeper into the origins that shaped the destinies of some of their characters.”

Mahishmathi, an empire of abundance with fiercely loyal subjects and slaves is where the story of Anand’s First Book of Bãhubali series  The Rise of Sivagami unfolds. The female protagonist Sivagami in Anand’s Second Book Chaturanga, has a fire seething within her, a fire that motivates her to move ahead in her mission despite facing various odds. Even though a firebrand by nature, she is compassionate too. The characters mentioned in the book are much fleshed out and helps in carrying the story forward. There are twists and turns; as the story also brings to light some socio-political issues such as woman betrayals, sacrifices they have made in this male dominant world, etc.

Anand has focused on nuanced, geographically-sensitive narratives and prefers his audiences to take time to process the story-telling that he tells through his master pieces. Chaturanga will be available online at Amazon.in and in bookstores.

Now we are on Telegram too. Follow us for updates
TAGS
Anand Neelakantan Bahubali trilogy Bahubali Sivagami