The message at the heart of Acharya's book, even though it is primarily on banking, is that the government's major presence across the so-called Indian system is hurting India.

Viral Acharya served as a deputy governor of the Reserve Bank of India (RBI) between January 2017 and July 2019. His book Quest for Restoring Financial Stability in India basically brings together much of the thinking that he carried out during the period.

Acharya's book is an excellent example. His is the kind of thinking that will set right India's banking system in general and the central banking system in particular. Of course, this will happen only if those in decision-making positions are ready to listen to what the experts have to say.

The message at the heart of Acharya's book, even though it is primarily on banking, is that the government's major presence across the so-called Indian system (for the lack of a better phrase) is hurting India.

The Indian government other than owning a spate of banks (27 until a few years ago, now down to 12, thanks to mergers and IDBI Bank being categorised as a private bank), also owns a whole host of public-sector enterprises. The number of these enterprises was five in 1951-52. It is now over 300 and keeps going up year on year.

In this environment, the government has an incentive to influence policies - everything from being able to borrow at lower interest rates to not declaring its fiscal deficit properly by resorting to accounting shenanigans and many other things. Of course, in economics there is no free lunch, and someone has to bear the cost of these actions.

But that's not the most worrying part of it. As Acharya writes: "The government has incentives to influence policies as such and that it is not at arm's length from the regulators drives the private sector into hyperactive lobbying (read an overdose of 'consultations' with the government and regulators); this, in turn, induces an overall culture in the system of putting in place business-friendly policies that are pro-incumbents, at the cost of market-friendly policies that encourage creative destruction, asset reallocation, ease of doing business and new entry."

What Acharya is basically suggesting is that the Indian system, as it is, essentially encourages crony capitalism. And that cannot possibly be a good thing. This is part of what Acharya calls The Theory of Everything.

ALSO READ | 'Googly and outside off-stump': Viral Acharya on demonetisation, saying no and COVID challenges

Given that the government also owns banks, it is perpetually trying to influence banks to do what it wants them to do, rather than let them do what is right from the point of view of business. This involves forcing them to lend when the economy is not doing well. This happened in the mid- to late-1980s, post the 2008 financial crisis and now in 2020, post the covid crisis. 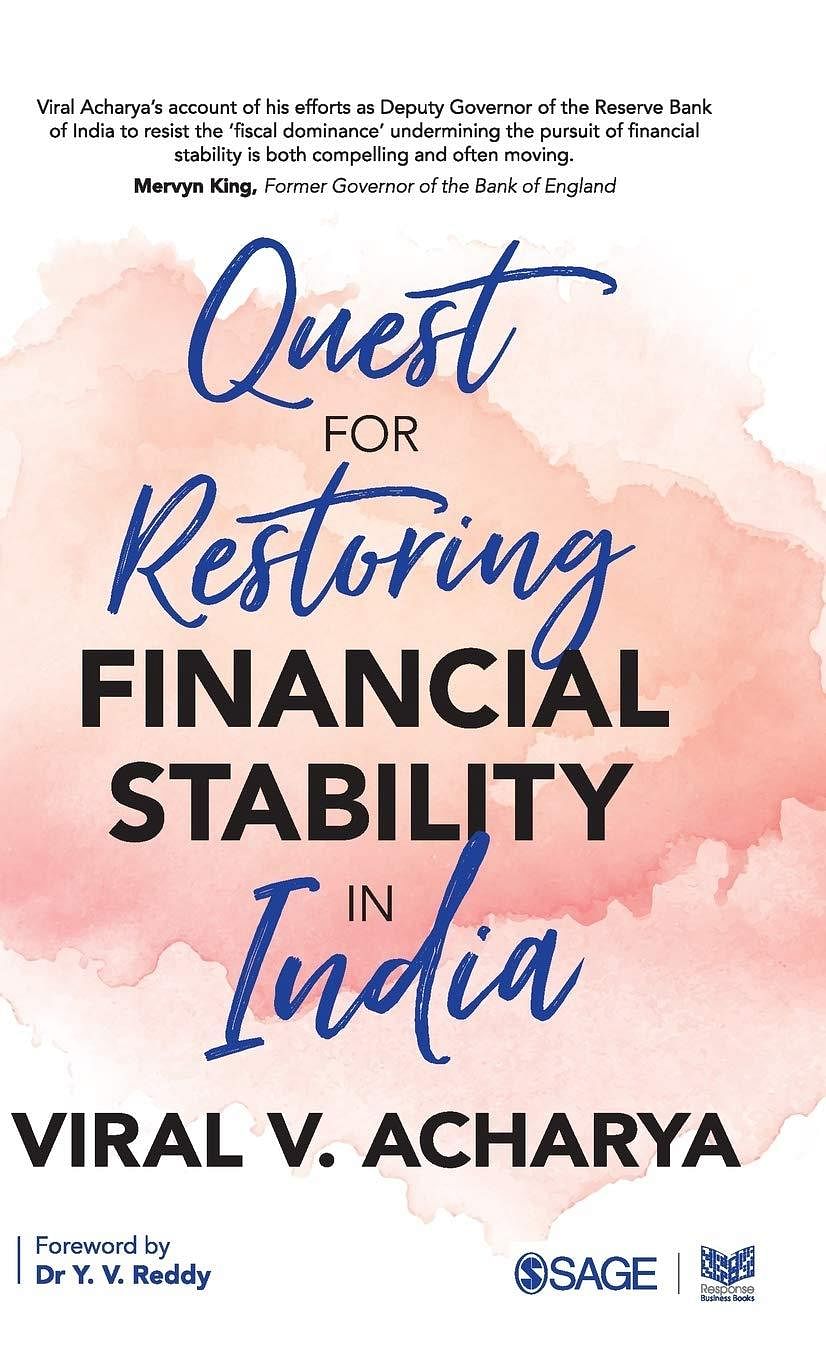 In the past, this has led to banks accumulating a whole lot of bad loans or loans which haven't been repaid for a period of 90 days or more. The lending binge of public-sector banks primarily between 2008 and 2011 led to a situation where they ended up with bad loans of close Rs 9 lakh crore as of March 2018. The fact that the banks hadn't lent well, and that bad loans were accumulating, was obvious post 2011. But the banks did not go about recognising bad loans as bad loans.

As Acharya writes: "First, evergreening of an existing bad debt—throwing more money after the bad so as to help the borrower repay past loan, not acknowledge its true quality and simply kick the can down the road. Second, risky loans that repay high returns to the bank so that it can make a last-ditch effort to rebuild capital quickly—doubling up bets in a casino when the first round of gambling has all gone sour." They just tried to postpone the problem.

As Acharya writes: "Ironically, the presence of a large safety net of deposit insurance and state ownership, which ensure that there are likely to be no bank runs, end up eroding any disciplining force that gets the bank health restored." The point being that if the depositors had gotten around to withdrawing their deposits, there would have been greater pressure on the bankers to recover the bad loans. But there were no such incentives.

We are now in 2020, the government is doing the same things it was doing in the mid-1980s by trying to get public-sector banks to lend in a situation where the economy is not doing well.

As the old French saying goes, plus ça change, plus c'est la même chose. The more things change, the more they remain the same. Someone will bear the cost of this as well. Acharya's book is a must read for anyone who wants to understand why this change is important and how it is hurting us.

Vivek Kaul is the author of Bad Money.

Now we are on Telegram too. Follow us for updates
TAGS
Quest for Restoring Financial Stability in India Viral Acharya bad loans crony capitalism