Feast on cheesecakes and burgers without any guilt: This is what vegan chef Mayavi Khandelwal does at her organisation Freedom from Diabetes

BENGALURU: You don’t have to deprive yourself of all your favourite foods when you choose to go vegan, says Mayavi Khandelwal, a nutri-chef from Mumbai who will be conducting her first Bengaluru workshops in three venues this weekend.The fascinating thing about Mayavi has been her ability to reverse diabetes, hypothyroid, high blood pressure, acute vertigo and asthma just by opting to eat whole plant based food. 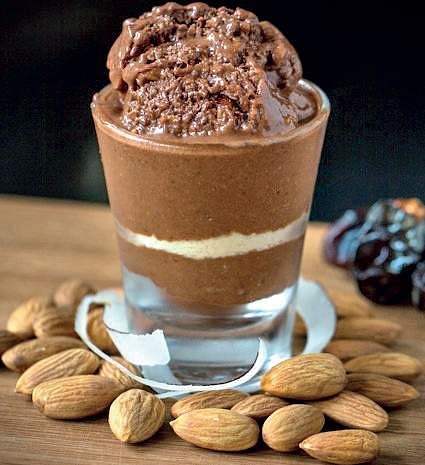 It has been 4 years since she had to be hospitalised for her illness. After consultation with her friend who runs an organisation called Freedom from Diabetes, she opted to choose a vegan lifestyle. However, the only hurdle was that she’s a foodie and wouldn’t touch anything that did not taste good.Fifteen days after turning vegan, she tried cheese and she couldn’t stop feeling guilty about it. So then she started innovating recipes that would substitute dairy products. By far, she has invented many recipes and has conducted workshops in Chennai, Delhi, Jaipur and even Sri Lanka. Her workshop in Bengaluru was long over due.

Mayavi weighed 90+ kgs four years ago. Now, she weighs 67. Her secret is eating tasty and healthy food. “I am a typical vegan and don’t use any animal products including leather. Compassion is one side of the story but eating healthy and something tasty is another reason why,” says Mayavi. She confesses that she doesn’t miss dairy at all since she has found alternatives for every food items. 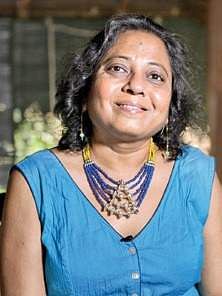 Her favourite is the vegan chocolate ice-cream which she makes it using cocoa powder, dates and tender coconut instead of coconut milk for chocolate like consistency. “It has worked wonders,” she explains.

Marzipan, another favourite confectionery, primarily made with sugar is substituted with dates. When it came to making cheese, she tried using agar-agar powder, a jelly like substance obtained from algae. However, she did not want to use the ingredient so she thought hard as to what can substitute the product and have the same coagulating effect.

Three years ago, Mayavi was struck by the idea to try psyllium husk (also called Isagbol in India) and till date, her vegan cheese recipe is a hit.Prior to becoming a nutri chef, Mayvi was a psychotherapist and also had a chocolate business. Ever since her transformation to veganism, she had to sell off the chocolate business. Now she runs a catering business called ‘My Pure Path’ in Mumbai. “There is not much profit in the business but we keep at it to spread the healthy diet and my personal journey,” says 55-year-old Mayavi.Till date, she hasn’t had the need to visit her doctor and she recently ran the Mumbai marathon. “Four years back, I couldn’t even walk 100 metres. Now I run a 21 km marathons,” she says.

She will be hosting the workshop at Carrots, Happy Healthy Me and The Green Path, starting from February 2. Different recipes will be shared in different venues. You can expect to learn the secrets of vegan marzipan, lemon cheesecake, fruit crumble, shepherd pie, pink lemonade, chocolate millet moose and onion pakoras. All recipes will be gluten and dairy free.