Lip-smacking flavours of the world in Chennai's Taj Club House

It’s not just idli, dosa and pongal that dominate menus in the city anymore.

CHENNAI: It’s not just idli, dosa and pongal that dominate menus in the city anymore. Chennai’s hotels, big and small, are going that extra mile to serve their customers something out of the ordinary by conducting food festivals. “I shifted to Chennai in 2010. The taste buds of the locals have evolved over the years. It has transitioned from a reluctant traditional crowd to a more open one,” says Sumeet Sood, executive chef, Taj Club House. CE catches up with food bloggers, chefs, and guest chefs to learn more about what’s new in their kitchens. 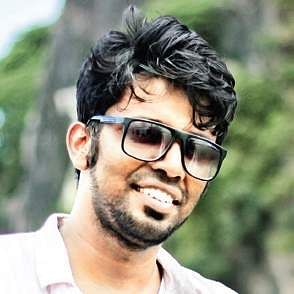 “I have conducted several food festivals in the city — Mangalorean, Kerala and Pan Asian grills, etc. The older generation is traditional when it comes to food choices and they prefer to go with their comfort food. They don’t want to try something new. But, youngsters, nowadays, are adventurous and they always want to explore new flavours and cuisines,” says Chef Jafar Ali, Gateway IT Expressway.

North Indian and continental cuisine have always been a hit among the locals. But with newer cuisines being introduced, people are now presented with different dishes, spices, and nutritional values. “Many new recipes have been added to our menus, and dishes like kimchi, miso paste, have started becoming popular. Even people have realised that they are rich in nutrients,” adds Sumeet. According to foodies and food bloggers, on an average, there are 50 food festivals a month. Some believe it also helps in the promotion of the hotel.

“Food festivals are usually organised by popular hotels and cafes. It basically helps in their promotion too. But that said, Chennaiites also love that there’s something new that they can look forward too,” says Gowrishanker, a city-based food blogger, and vlogger. Asmitha Madhu, another blogger says, “The regular restaurant menu cannot be changed often but a food festival brings some life to the usual dishes. Often, an expert chef is invited to conduct the festival. The restaurant is also decked up with props and the staff is dressed as per the theme.”

The Ashvita Group has conducted a few food festivals like Bavi bride, Indonesian pop-up, vegan pop-up and recently — around the world in six plates — where guests were served six courses of six different dishes. “We usually don’t have chefs from Chennai, who participate in food festivals. We invite chefs from other cities who have specialised in particular cuisines,” says Sarmishta of Ashvita Nirvana. So while they try to introduce Chennai to new cuisines, are Chennaiites open to it? “Two years ago, they weren’t at all. Now, they want to experiment. But they also want to get back to something that they are familiar with,” she shares.

Anuroopa Banerjee, who conducted the recent pop-up says, “The customers were curious about six cuisines served in six courses. They were also quitewell informed and well travelled.” As per food bloggers and chefs, the trend is mainly Asian, so much so that there are now restaurants that exclusively serve cuisine of a particular country; Ethiopian at Abyssinian, Russian at Winter Palace and Japanese at Teppan Grill and Sushi bar. Dilip Kumar, junior sous chef, Teppan, says, “Customers are now well aware of cuisines and we have to up our game. Hence, we are planning to add burgers and donuts to our menu which will have sushi and wasabi in them. We are also working on incorporating Korean and Mangolian dishes in Japanese cuisine...all to give the customers something new.”