Being vegan has given me a burst of energy: Divya Sathyaraj

As a young girl, Divya Sathyaraj was a poor eater. She always nibbled away at her food.

CHENNAI: As a young girl, Divya Sathyaraj was a poor eater. She always nibbled away at her food. But as time passed, stories told by her mother about the nutritive value of food motivated her to study more about food. 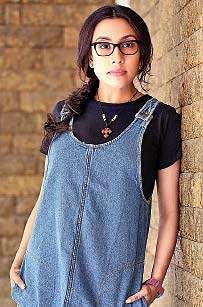 “I always wanted to be a nutritionist and know more about the science and therapeutic value of food,” she adds. And belonging to a family where her parents and brother were health-conscious, it did not take long for Divya to follow suit. The celebrity nutritionist, who is all set to launch her own brand of organic tea (D House Green Tea) and rice (Shree Chandika Farmstead Products), talks to CE about her tryst with veganism.

It was after getting a lot of offers from several companies to endorse their products and health drinks that a friend suggested Divya should consider launching her own products. “I have a tea estate in Conoor which I take care of and a farm in Coimbatore as well. So my friend suggested that it would be a good idea for me to launch my own organic tea and grain varieties,” she recalls. With her tight work schedule and shuffling between two clinics, Divya was uncertain about its practicality. “I did not want to do something for the sake of doing it. If I started something, I would make sure I put my all into it,” she says. And so after a lot of research, going to farms, meeting with people and doing a couple of surveys, her venture, D House Green Tea and Shree Chandhika Farmstead Products, was born.

Divya who has been a vegetarian for a long time now turned vegan two years ago. Her energy levels have increased so much ever since.

“It is the best thing that has ever happened to me,” she smiles. Though veganism is slowly gaining ground in the city, Divya points out that the lack of stores which supply quality products is a problem. “I go to Terra, which is quite far for me, but that is the only such store where you get good quality products. They have interesting snacks like wheatgrass laddoo. But there aren’t many options for vegans here. I feel it’s a lot easier to be a vegan if you are living abroad,” she shares.

Divya says that her products will be made available in stores by the end of March. She is also thinking of venturing into vegetables. “It is difficult to find good quality spinach and tomatoes in supermarkets in India. I want to take it slow because I am just starting out,” she adds.

What do you have to say about Chennaiites’ food habits? “Earlier, people would only come to me to lose weight. But now, I see a lot of people who are genuinely interested in their health and are understand that food can heal,” she says.

Stay up to date on all the latest Food news with The New Indian Express App. Download now
TAGS
vegan