Sonal Holland is the first Indian to have received the prestigious Master of Wine title.

Founding the India Wine Awards, which is already into its second edition, is yet another chapter of the success story that is Sonal Holland. The 45-year-old is also India’s first and sole Master of Wine (MW), a title bequeathed by the London-based Wine & Spirit Education Trust (WSET) which she earned after the customary blood, sweat and tears—of grapes to be precise. With only 400 people having received such a recognition in 55 or 60 years, the joke in the trade is that more people have gone to space than become Masters of Wine. Since then, Sonal has firmed up her credentials as a wine educator, broadcaster, judge and consultant to become a sought-after brand. This year, Thailand-based luxury crystal glassware manufacturer Lucaris announced Sonal as their brand ambassador in India. She is so occupied with her passion and work that her tasting sessions could last from nine in the morning right up to dinner. 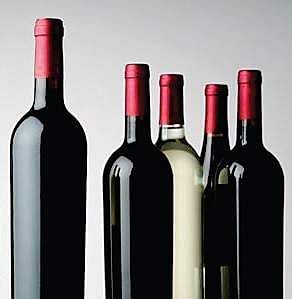 Compared to Europe’s thousands of years of wine heritage and history, India’s entry is pretty recent. What made the oenophile jump into relatively untested waters? “I am from Mumbai but my husband is British. I travelled all across the world with him and spent most of my time in the UK with family and friends where we bonded over good food and wine.” Though she thoroughly enjoyed her
first sip of wine, it was a Burgundy white from Chardonnay which prompted Sonal to explore whether India could have a similar wine culture. She says, “It was also a time when I was looking to reinvent myself, not continue as a corporate slave horse and instead showcase my creative and entrepreneurial skills.”  Her husband Andrew encouraged her. Showing her a newspaper which carried an article about wine expert Jansis Robinson, he told Sonal, “You could be like her”.

Becoming a self-proclaimed expert was not in the scheme of things for Sonal who instead wanted her credentials to have solid qualification. She chucked her well-paying job at a Fortune 500 company and flew to London to study about wine at WSET, and in the bargain adopt a nomadic lifestyle. “Once I landed, I was unnerved  that I knew nothing about wine unlike most of the rest who were already in the trade, which has countless decades of wine-making history. If passing the five theory papers was not enough, there were practicals for blind wine tasting, which included disclosing the identity of 36 different wines. To top it all, I had to write a research paper of 10,000 words on the topic of my choice. No wonder, the pass rates are scaringly low,” she states. Sonal finally managed to bag the coveted title against the combined mix of uncertainty, confusion and disbelief shared by her family and friends over her life-altering decision, not to mention simultaneously embracing motherhood .

The first step that Sonal took after becoming a wine professional was to become a wine educator. “If the industry has to grow, the education has to be available in India. I decided to start a wine academy in Mumbai, which offers courses  from WSET, ” she says. Then she started SoHo (culled from Sonal Holland) Wine Club, a loosely knit community of oenophiles who meet for tasting and other events for members only. A branding exercise, teaming up with Wine Intelligence in 2018, happened when Sonal decided to convert her academic knowledge (research on the Indian consumer during MW) into a business vertical. “Though curiosity is high, consumer awareness is low in India since people constantly depend on familiar brands while buying wine,” says Sonal.

Sonal has visited hundreds of vineyards from the hallowed wine gardens of Champagne and Burgundy in France to the Napa Valley in California. “My favourites keep changing every week though I find aged fine wines irresistible,” says the wine connoisseur. Just another day in the ageless world of grapes.

As Master of Wine, Sonal says her dream is to make sure that India has a voice among wine tables round the world. “I am greatly humbled and privileged to be the representation for India on a global diaspora as India MW,” she says.

More from Food.
Now we are on Telegram too. Follow us for updates
TAGS
Master of Wine