Please your palate with the finest cuisines

This week the country’s finest restaurants are set to serve an extensive range of cuisines at the sixth edition of Palate Fest.

Here, you can indulge in a gastronomical affair with chef Harpal Singh Sokhi of Turban Tadka and a culinary session by chef Nishant Choubey.

In a quest to create a space for the whole city to enjoy, food became the medium.

When Ruchi Sibal and Aditi Kapoor, the faces behind this establishment, launched this food festival, for Delhi, it was a new concept. But today, it is one of the most awaited food festivals and talking about the new aspects that one can look forward to, Kapoor shares, “The biggest addition this time is the specific gaming zones for the teenagers in addition to the kid’s zone.

We are also going to run our B2B programme that we had launched last year. We are making sure that a lot of business and trade takes place under this roof.

Participants can meet the right people, be it purchase association or buyers from different countries to hotel associations, or even find certain products they are looking for. This is definitely something that really sets us apart from other food festivals.” 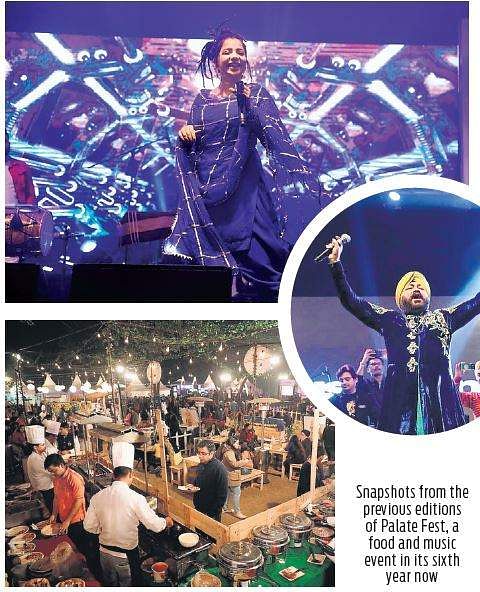 The three-day festival will dole Thai, Italian, Continental, Chinese, American, French and Indian cuisines. Leading names in the culinary space like Indian Heritage, Orient Heritage, You Mee, The Art of Dumplings, The Great Kabab Factory, Koyla Kebab, Indian Republic Canteen by VEDA, Wok to Walk, Ginger Asian, Dolce Gelato and more are all set to be a part of this culinary extravaganza.

Renowned singer Kanika Kapoor will take the festival a notch higher, along with performances from DJ Sumit Sethi and multi-genre band Astitiva.

A festival of this scale requires a lot of planning. For instance, just a week after the last edition, the duo began planning for the sixth edition.

“It is a rigorous task to make sure we put together the right content, be it music, food or participants. Also, few of the hotels need a six-month advance notice. So, a festival like this,  it takes a good 10 months or even a year,” says Kapoor. And even after six years, there’s no dearth of challenges.

“Since we were the first to start a food festival in the country, the first year we had to explain the participants and the crowd what it was all about. Now, since we have stuck to keeping the entry free,  there are financial challenges as we try not to compromise on the quality. There are also logistic challenges, deciding the venue and things like this. Over the years, it has shifted to operational challenges,” says Kapoor.