Repast from past with Somi Chatterjee

An ongoing festival at National Museum explores the gastronomical delights of the Harappan era.

NEW DELHI: Like any academician worth their salt, architect and conservationist Somi Chatterjee is all about research. Or so I presume, after she asks me to do a recce around the National Museum’s Harappa gallery and see how many food-related artefacts I can count. Over 166 items later (not counting broken or chipped pieces, nor the cavalcade of cutlery and other metal utensils, or the funerary vessels scattered among the tranches of culinary as well as decorative bric-a-brac) and while I’m still not finished, one begins to appreciate the amount of research it would have taken to curate the Historical Gastronomica, currently underway at the National Museum. 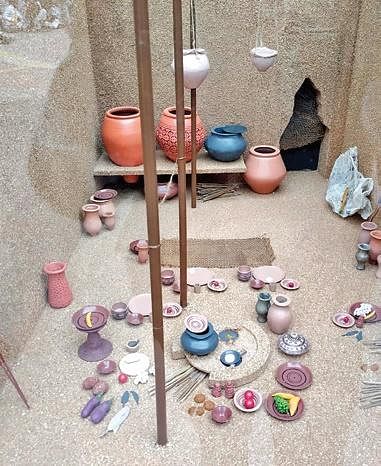 The festival is a look back at one of the keystone but little understood periods of Indian history: the Indus-Saraswati Civilisation, through that most basic of human needs: food. It comprises an exhibition, food tastings, curated walks through the museum, and a full sit down dinner featuring dishes in the manner they would have been prepared thousands of years in our past. It has been organised by One Station Million Stories (OSMS), a collective of conservation architects, researchers and designers, led by Chatterjee and Adarsha Kapoor, engaged in the business of storytelling through these multimedia sensoria. Resurrecting the food from our past is National Award-winning chef Sabyasachi Gorai, who will be curating two experiences over the course of the event: a Harappa food tasting taking place from 12:00pm-4:00pm, February 19-25th and a sit down full service dinner between 7:30-9:00pm, February 21-23rd.

Chatterjee did four years of ‘soft’ research on the subject, before an additional year of more exhaustive research. “We originally had around 750 sources before cutting that down to around 550 which actually spoke about the food of this region. As a lot of duplication happens, we finally ended up zeroing on the 150-odd sources, which we’ve listed here,” she said, adding, “ The thing is that nobody can definitively tell you ‘this is what they ate’. So we had to go back further and look at the evolving diets of early humans to those of more recent ancestors.” Then there was the geography and climate that spanned the vast stretch that made up the civilisation at its peak, stretching from Balochistan to Haryana and even further, which greatly affected the culinary habits of the Indus people.

“What we call the pestle stone was the grinding stone for them with which they crushed their grains and whole spices, and that was vital to them. It ground them to the places where they lived. Everything else was mobile, but that grinding stone, and the need to tend to fields of crops to provide produce for that grinding stone, that’s what made them settle down. From roughly 12,000 years ago, once people began baking bread and roasting other foods, their diets naturally evolved, and that’s what we’re looking at,” said Chatterjee. So as to avoid any casus belli, the organisers have refrained from any hypotheticals or theorising about the exact origins or perceived beliefs of the people who lived in that time and space, and presented the facts exactly as they are, as evidenced from archaeological remains.

Back to the future

Where many chefs would find themselves out of their comfort zone when faced with the challenge of creating dishes out of an ancient, and very limited, list of ingredients and sans many (or any) cooking directions, Chef Sabyasachi Gorai is in his element. The son of an anthropologist and with a keen interest in ethno-historical regions and cuisines, Gorai is nigh ecstatic at the idea of curating a Harappa dining experience at the Historical Gastronomica. 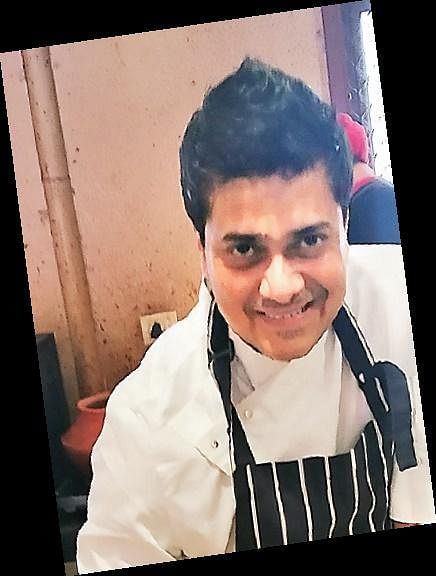 “To be able to cook at the National Museum is an incredible honour and to be able to do a historical recreation of food from so many thousands of years ago is both challenging and rewarding,” says the chef, who sifted through the vast tracts of research done by the team at OSMS, in conjunction with other scholars, to figure out what could be served.“I’ve had to prepare the menu out of a very limited larder, restricted to the few winter vegetables that would have been available during the end of winter during that time. There are very few spices as well, including fresh and dried turmeric, coriander, cinnamon, cumin, and yellow and black mustard.

Thankfully there were also grains, pulses and legumes, and so we can do a fairly representative selection,” says Gorai. Given this is the first time ever that the National Museum is having a dining experience (that too of this magnitude and scale) the pressure is enormous, as is the potential pay-off. “If we can pull it off successfully, it would open the doors for other such immersive experiences, and just think of how fantastic that would be: eating food from these iconic periods in our modern setting. It’s an incredible way to engage with the past,” enthuses the chef.

Among the dishes were whole green peas simmered in a light broth (“The Harappa people didn’t waste any part of their produce, from husk to root,” notes Gorai), a gentle lentil stew, crisp barley bread, and a fascinatingly sour medley of shelled peas, capers, and Indian gooseberry (amla). Our favourite part is the dessert: puffed rice and flaxseed tossed with honey, which is like a proto-chikki; if chikki were soft and fresh and crumbling instead of packed and hard. Don’t take our word for it though, go taste for yourself.

AT: The National Museum, Janpath Road
TILL: February 25

Now we are on Telegram too. Follow us for updates
TAGS
Somi Chatterjee National Museum Delhi Harappan Valley