Catering to the Nouvelle palate

Michelin-starred chef, Nicolas Durif, was in Delhi recently with his take on the Modern French cuisine

Classic, foundational, fundamental are perhaps the adjectives that come to mind when talking of French cuisine. Rich and delicious, rather than bold and aggressive, is how the taste trajectory travels. Undoubtedly the backbone of Western culinary arts, for over two centuries, France had been the aspirational training ground for chefs. But somewhere towards the end of the 20th century, the cuisine suffered a setback. As new-world cooking made its presence felt globally and people took to myriad tastes such as sushi, hummus, pho, bao and more, the love for French food took a backseat. Also, as gourmands had a brush with lifestyle diseases, the motto of French food—butter, butter and more butter—took a beating. 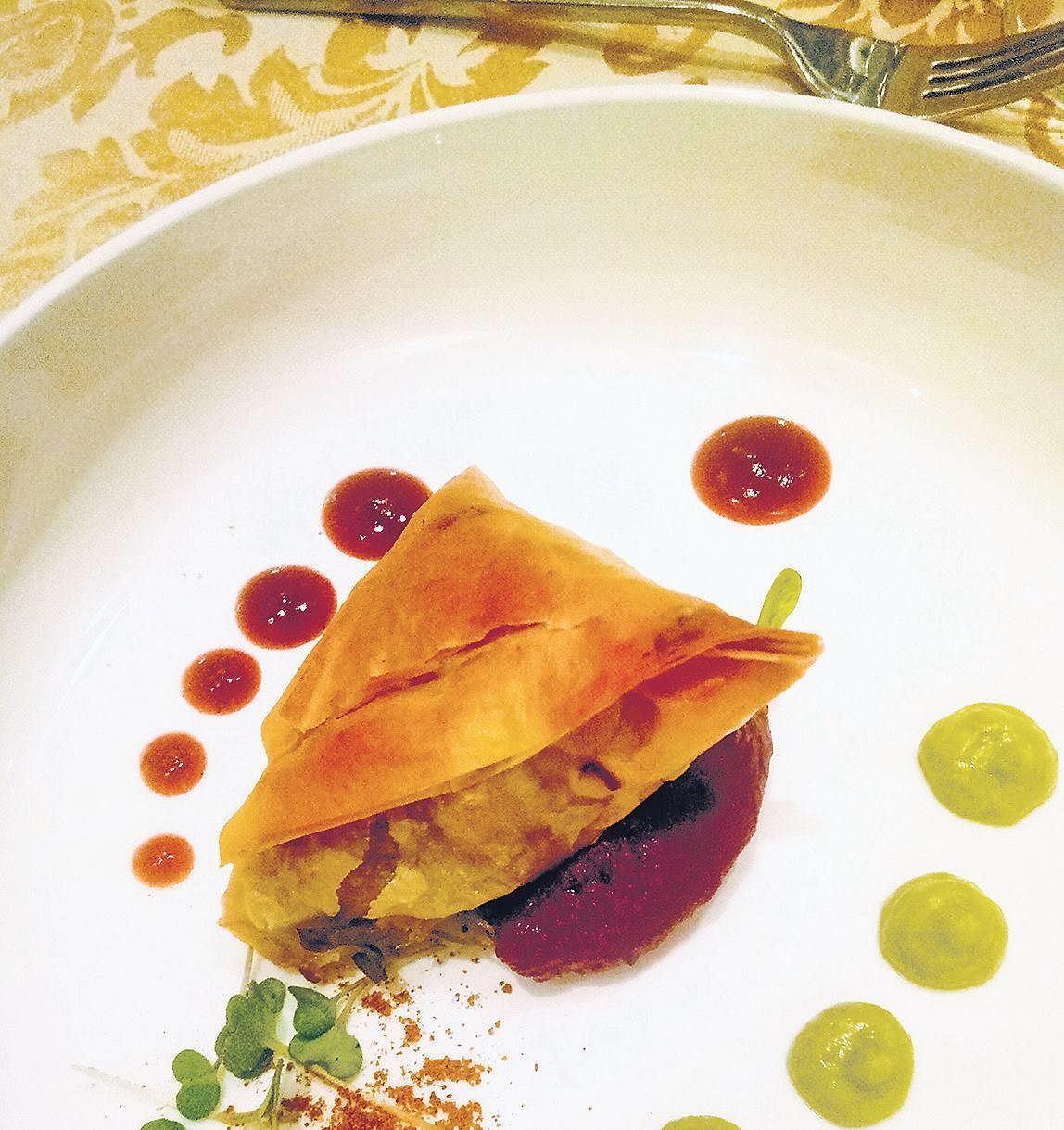 But how long can you keep away from the French? Especially when the cooking techniques still form the bedrock of modern kitchen practices. Needless to say, by the end of 2018, chefs took up cudgels to bring in innovation into this famous cuisine developed by 19th-century chefs such as Auguste Escoffier and Marie-Antoine Carême, and there emerged the nouvelle cuisine, with simplicity as its calling card.
Michelin-starred Chef Nicolas Durif was in Delhi recently with All Things Nice, in association with Pullman New Delhi Aerocity, to present an evening of Modern French cuisine at Pluck. He says, “French cuisine has many iconic dishes that are sacrosanct, created and brought forward by renowned chefs. But for the last couple of years, French gastronomy has been inspired by various influences. For example, many chefs incorporate Japanese or Asian products in their cuisine.” In fact, Chef Nicolas himself served duck filet with the very Asian mustard, besides flooring all with his Franco-Japanese crunchy sauerkraut maki. In 2010, the French restaurant meal made its way to the UNESCO list of the world’s ‘intangible cultural heritage’. While the French celebrated, there were those who passed snide comments on the now ‘museum-like extinct status’ of the cuisine.

Chef Nicolas believes that though French cuisine may have lost its glory and might not be the favoured any more, it still stands a chance. “Maybe France hasn’t evolved fast enough but the trends are changing. We cannot touch the icons or masters who have paved the way for us, but we are creating a cuisine that is more modern than the one before,” he says.Little wonder that many French chefs are coming up with some astonishing innovation. So you have the traditional choux pastry where instead of praline mousseline stuffing, there is the savoury chicken liver mousse—a rich and creamy version cooked with Cognac, garlic, thyme and cream. 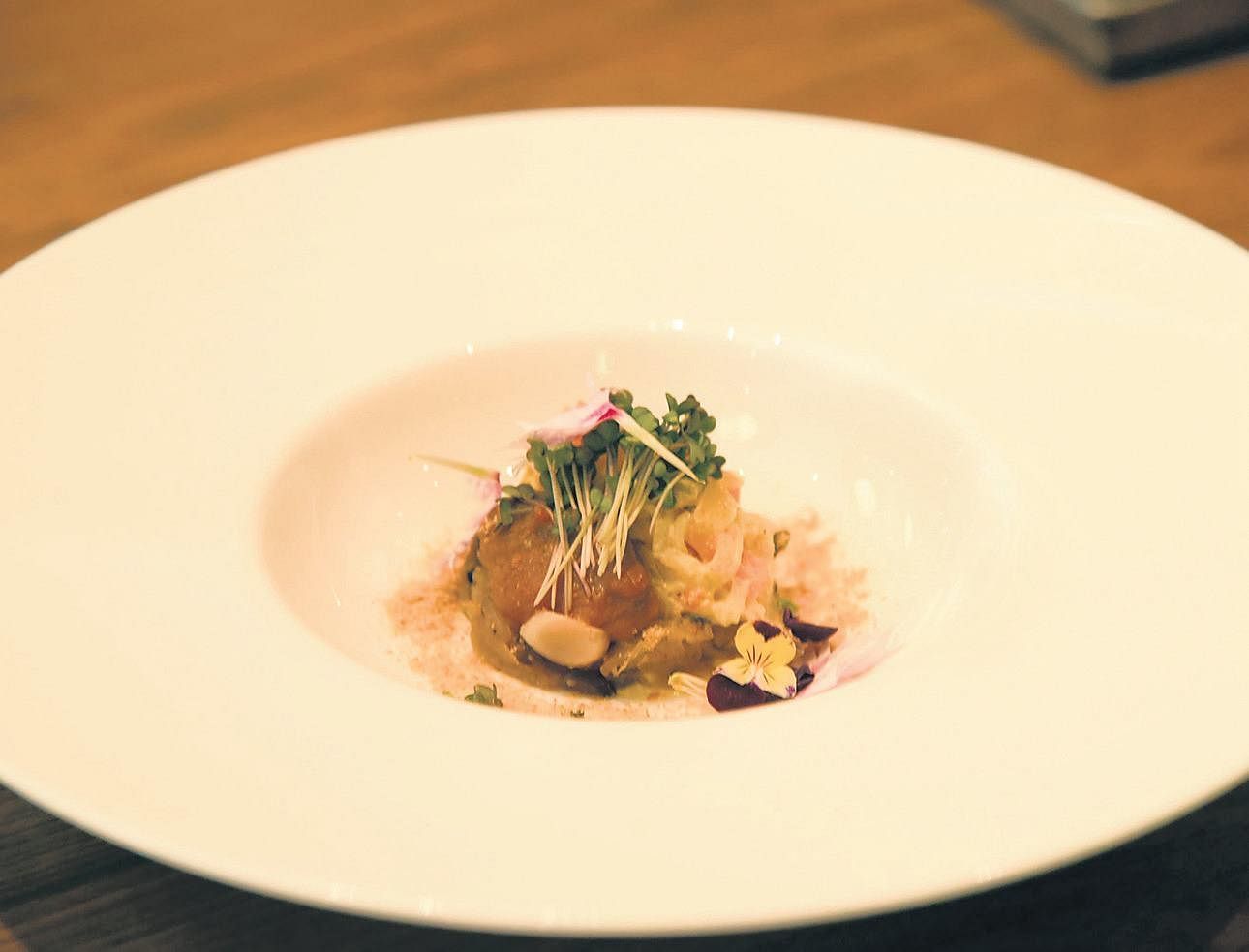 The classic French dessert mille-feuille has also taken a savoury turn in some kitchens with a filling of charcoal-grilled mushrooms. Even the new-age Tex-Mex flavours are finding acceptance in the French kitchen with chicken wings being served with truffle ranch and truffle honey. But even as they try to modernise the dishes, French chefs are wary of playing around with certain things. Their cooking is anchored in tradition. “In France, when we learn how to cook, we have a kind of cooking ‘bible’—similar to a dictionary—that lists sauces, how to cut vegetables or ways of cooking certain products. The large cooking houses in France still practice cooking using these techniques,” says the chef.

Even as French food modernised itself to suit the ever-evolving palates of its patrons, cuisines from across the world also liberally borrowed from the French. French cheeses such as gruyere and camembert, and desserts such as creme brûlée and chocolate mousse are finding a place in most fine-dining places. In fact, India in the last one year has seen quite a few French patisseries and restaurants opening their doors to eager patrons. Just like Chef Nicolas, who has taken a liking to garlic naan and dal, India has welcomed the buttery croissants (sometimes even with chicken tikka stuffing), the airy macaroons, the sinful crepes, and even the meats done rare with a glaze of wine. And, why not? After all, French food is not really new to India. Goa with its diverse nationalities and Puducherry, with its French colony had always had the presence of the French cuisine, which has now travelled to places such as Mumbai, Bengaluru and Delhi. In fact, culinary students in India can often be seen lugging around copies of Escoffier’s Le Guide Culinaire. So, who’s afraid of the French?

“French cuisine has many iconic dishes that are sacrosanct, created and brought forward by renowned chefs.” Nicolas durif

Now we are on Telegram too. Follow us for updates
TAGS
Michelin-starred chef Nicolas Durif