Sensing this change, regular restaurants are including vegan dishes in their menus. Apart from hiend grocery stores like Modern Bazaar, Foodhall, even local grocers are now selling vegan ingredients.

The 2020 findings of multinational market research organisation, Ipsos Global, show that 19 per cent of the Indian population identifies itself as vegan, putting ghee aside. Going by the country’s 1.353 billion population today, the number comes to around 257 million.

Little wonder then that a rise in people adopting the vegan lifestyle has led to a spurt in vegan restaurants around the country too. Delhi-NCR is no exception. The Capital has a lot to tell about the increasing tribe of people who want nothing to do with animal milk or food. 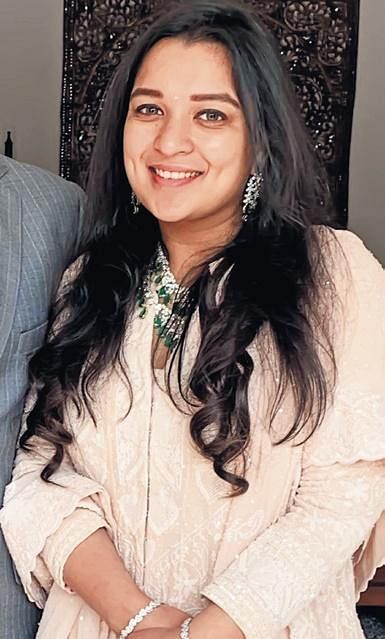 Sensing this change, regular restaurants are including vegan dishes in their menus. Apart from hiend grocery stores like Modern Bazaar, Foodhall, even local grocers are now selling vegan ingredients. “Ten years ago, it was difficult to find a vegan product. Today, most restaurants and grocery stores are even offering vegan cakes, desserts, and cheese. Seven years ago, I saw only one brand selling soy milk. Now,
many Indian and foreign brands sell soy milk, almond milk, oat milk… The market is flooded with options,” says Siddharth Kothari, 29.

This Sainik Farms resident turned vegan a decade ago after he saw the cruelty cows were subjected to at a dairy farm to maximise milk production. “Through artificial insemination, cows were made pregnant throughout the year to produce more milk. It was gruesome and I didn’t want to be a part of it. Also, if cows can get their proteins from plants, we also can,” he adds. Kothari’s parents were initially surprised. ‘Isn’t being vegetarian enough?’ they asked. “But soon they understood.

Today, my parents, my friends and cousins favour vegan dishes, some turned pure vegans and some are flexigans,” he says. “Of the 10 customers who visit us, at least five enquire about vegan dishes,” says Udita Khaitan, Founder Ditas, adding that the diners usually belong to the 25-35 age group. Nishant Kumar Sinha of Roastery Coffee House agrees, “We even get guests above 35, going for vegan dishes.” Sumita Choudhury, 49, who turned vegan around two years ago, says all-vegan restaurants such as Rose Café in Saket and Nuts and Bowls in GK, make delicious meals.

“I often visit these with my non-vegan friends, who love the food here,” she says. The fact that the prices of vegan and non-vegan food is comparable, works in the favour of vegan food. And no requirement for chefs specialising in vegan meals makes it easier for restaurateurs too.

The array of vegan dishes on demand include Mushroom pate, Quinoa salad, Smoothie bowls, Quinoa Breakfast bowl, Tikki Platter, Quinoa patty Burger, Pulled Eggplant BBQ Burger, Hash Brown Sub, etc. People are turning vegan also out of concern for the environment and for their own health. “I definitely feel more energetic, and people tell me I look a lot younger than 29, my age,” smiles Kothari. “I feel much lighter physically and have more stamina than I had when I used to drink buffalo milk,” shares Choudhury.

FACTFILE
Donald Watson, Founder of the Vegan Society, coined ‘vegan’ in 1944 for vegetarians who didn’ t eat dairy products. As per Google trends the interest in turning vegan among world population increased
seven times between 2014 and 2019.

Now we are on Telegram too. Follow us for updates
TAGS
Veganism Vegan food