Fish out of water

While Halder built up relationships with various fishermen from Surat to the Sunderbands (coastally) over the course of his previous organisations, he keeps building new ones.

There’s been a curious source for fish in land-locked Gurugram for a while. A daily maid who went to one of her houses and was asked to devein some prawns had a simple query. “She told the family that other houses get their seafood cleaned and pan-ready from an online place.

That home called the other, and it turned out that the latter were getting food from Jalongi. And that’s one of the reasons we realised we’re making real progress,” says Dippankar S Halder, Founder at Jalongi.com, a company which did incidentally deliver pan-ready fish to said home. 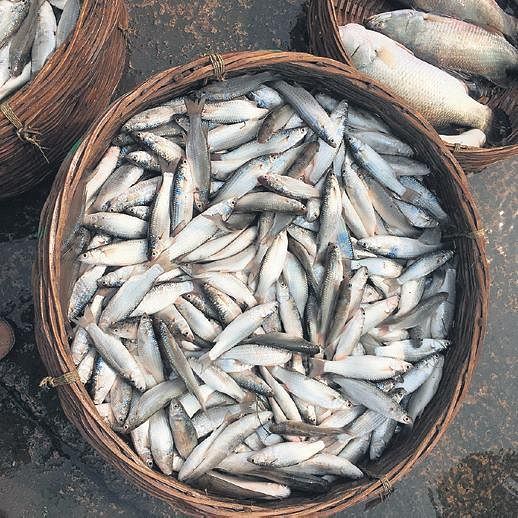 Founded in 2018, and now thriving even when others didn’t, Gurugram-based Jalongi works, because of “largely four reasons: first, we have a range that far exceeds our competition, with a variety of between 50-70 kinds of seafood on a given day; second, because we source at least 70% of our items directly from fishermen in beach-side auctions so the quality is assured; thirdly, we offer custom cuts for each of our items depending on customers’ requirement and as per various recipes; finally, we do all the cleaning ourselves and retail the final product,” elaborates Halder, without mentioning this is why maids, and homes, love the company.

Halder, an IIM Ahmedabad alumnus and a retail veteran with experience of setting up multiple large-scale food retail chains including EasyDay stores with Bharti-Walmart venture, has over 27 years of work experience in retail, CPG and consumer technology. And, “as a Bengali living in Gurugram since 2007, I know the demand and need for fresh fish.” This is why his Gurugram-based company is about to launch its own app, as well as expand operations to south and west India.

Apart from casually dropping facts like Haryana is now a major source of Tiger Prawns, Halder notes, “Sixty five per cent of our stock is freshwater fish, while the remaining is from the sea. Out of the freshwater fish we sell, about 70-80 per cent is farmed, while the rest is wild-caught.” This is because, apart from the devastating effects of pollution, fish farms are largely more sustainable with tracking of numbers, no over-farming, and giving fish populations, schools if you will, time to expand their admissions.

While Halder built up relationships with various fishermen from Surat to the Sunderbands (coastally) over the course of his previous organisations, he keeps building new ones. “When I’d gone up to Himachal and asked a local fisherman to give me his entire day’s catch, while telling him I’d return the next day to discuss a business proposition, he was surprised that I did just that the next day.

As he said, ‘log bolte hain toh zaroor, par waapis nahin aate hain (people say all kinds of things, but never actually return).” Halder had taken way more fish than he had needed for a single meal the previous day (“we gave the rest to the staff at the government tourist bungalow we were staying at”), and then returned to take the rest of his catch. Acts like these that ensured fishermen trust him and his company and so consistently deliver quality products.

“We do sometimes overstock, but that’s to ensure the fishermen can rely on us to buy their catch. On our side, every delivery is marked with the source of origin, the day it was caught, and every other detail,” explains Halder. Even during the pandemic, Jalongi ensured that none of their contracted fishermen were left with unsold stock. Given the dire circumstances for the informal economy, Halder ensured that the fishermen didn’t lose out professionally, nor lose faith personally.

By the scale
Delhi-NCR contributes to 1/3rd of Jalongi’s turnover, with over 30,000 customers. Repeat customers on a monthly basis are at 80 per cent plus. Best-selling products: Rohu, Katla, Sea Bass, Singhara, White Prawn, Hilsa, Pomfret and River Side. “Sixty five per cent of our stock is freshwater fish, while the rest is from the sea. Out of the freshwater fish we sell, about 70-80 per cent is farmed, while the rest is wild-caught.

Now we are on Telegram too. Follow us for updates
TAGS
fish fish delivery