The sultan’s kitchen: Craving Turkish food in Delhi? Here's where you can satiate your taste buds

Chef Ahmat Algan was planning to get engaged in the spring of 2021 back home in Turkey, but the COVID-19 pandemic, as with so much else in the world, threw a spanner in the works.

Chef Ahmat Algan was planning to get engaged in the spring of 2021 back home in Turkey, but the COVID-19 pandemic, as with so much else in the world, threw a spanner in the works. The 34-year-old chef has been helming the Turkish kitchen at Ophelia, the upscale restaurant and bar at The Ashok, since September of last year, and has been kicking his heels in Delhi since; whenever he has time to do so that is, as he can usually be found toiling over his fare in the kitchen.

“It has truly been an enriching experience coming to India. This is my first visit here and everyone has been so kind and generous. They have also been really appreciative of my food, which inspires me to cook better and better.” Algan was working in Albania before packing his chef’s knives and coat for India, after an earlier stint in China.

His career, however, started quarter a century ago, when he was merely eight. “My father owned a restaurant in Kusadasi, a resort town in Aydin, and as soon as I was able to follow him to the kitchen, I did. It is he who first taught me about the Ottoman cuisine and its rich culture and history,” recalls the chef, who went on to hone his skills across “many five-star, seven-star hotels and restaurants” around his native Turkey before moving to further shores. 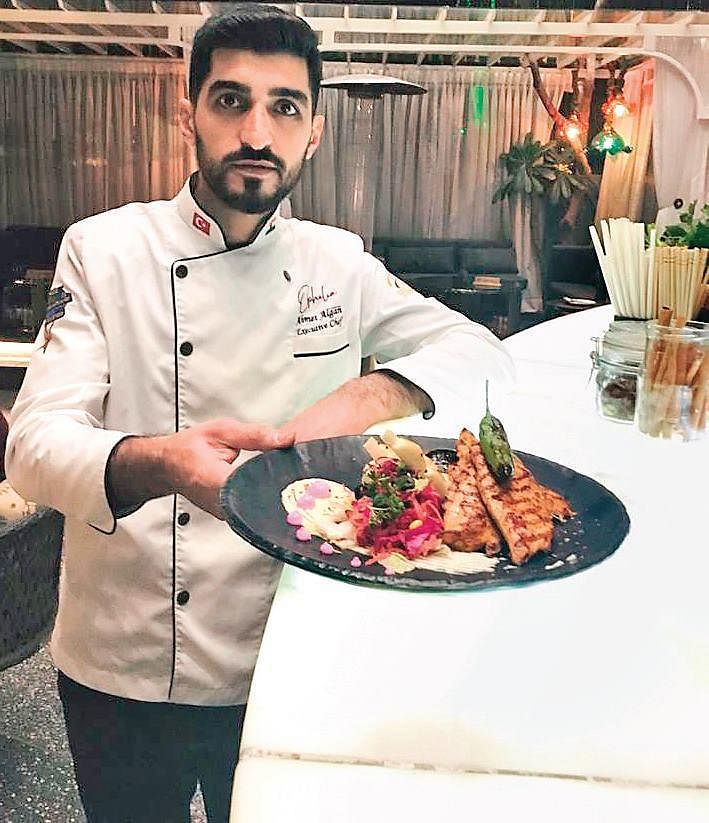 Vipin Vijay, General Manager at Ophelia, who helped Algan with his English for this interview, says, “Ahmat’s food is truly exceptional. We don’t have a lot of authentic Turkish restaurants in the city, and whoever comes to the restaurant, whether Indian or foreign, has fallen in love with the food.

We have always got the best feedback on his menus.” Indeed, having tasted Algan’s Ottoman efforts in Ophelia, and having gone back since, we can concur (PRO TIP: Definitely get the almost indecently good Mezze platter, hands down the best in the city). His food is delicately flavoured, richly presented, and clearly lovingly prepared. The apple then hasn’t fallen far from the tree.

Prodded more about his engagement plans and his contact with his family, Algan confirms that WhatsApp has been helping him stay in touch with his loved ones. The consummate professional that he is though, Algan has more pressing concerns. “Apart from my engagement, I have to return to Turkey to sit for the World Association of Chefs exams. When I pass, I will become part of their international jury. Let’s hope the restrictions are lifted by then,” he signs off. Insha’Allah.