The normal wedding buffet with protocols: Delhi caterers gear up for post-COVID challenges

The Morning Standard spoke to a few local caterers about their new normal modus operandi.

The pandemic has reduced ‘Big Fat’ Indian weddings to intimate Zoom weddings, which in turn has caused a shift in the traditional model that catering firms in Delhi-NCR used to follow.

Now, with the unlocking of the F&B and hospitality industry, and possibility of the government easing the restriction of the number of guests from 50 to 100 or more, catering companies are gearing up for the upcoming wedding season that got postponed to November and beyond.

The Morning Standard spoke to a few local caterers about their new normal modus operandi.

“From lockdown till now, we did a total of 15 functions. People were happy to use home solutions as they were uncomfortable inviting guests into their premises. Most of them had sitdown dinners or smaller curated affairs with a lot of self-service. So, the traditional process had been revamped to more of a DIY, and pre-plated option,” adds Pranay Bahl, Managing Director, The Embassy Catering, Okhla Phase 1. Concerning the menu, Bahl has observed two different tendencies.

“One focused purely on traditional Indian food, and the other focused on the European cuisines. Cold desserts are not the issue, but keeping coronavirus in mind, people avoided uncooked food, such as sushi and the street foods like Pani Puri and chaats. Moreover, people mostly wanted the cooked food to be delivered to the site,” he says, adding, “Wherever our staff is required, they wear all safety gear. Post the event, our teams are also supposed to separate wet and dry garbage and dispose of it following all FSSAI guidelines,” he adds.

“At Muslim weddings, we have a spread of six-seven barbeque dishes and eight-nine main course items and four veg items,” informs Shariq Ahmed, owner, Ahmed Mughlai Caterers, Old Delhi. For a gathering of 600-800 people, 200kg meat used to be procured for preparing mutton and barbeque items.

“Since 80 per cent of the clients postponed the weddings, there wasn’t much work. For the small events that we catered to, food cooked in our kitchen was delivered to the clients’ house. The amount of meat being procured also came down to 15kg- 30kg,” adds Ahmed.

For the sweet dish, there are usually three options – Gulab Jamun, Halwa and Mughlai Zarda. “But people mostly wanted Zarda (made in ghee) during this period,” he adds.

In future, a Covid negative report will be made mandatory for all staff members because PPE kits cannot be worn while cooking Mughlai meals as it can catch fire, adds Ahmed. 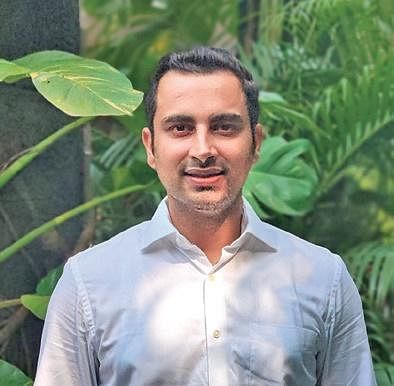 Praveen Gandhi, Director of Paprika Kitchen, Sainik Farms, says the demand is still for a mix of cuisines.

“Earlier, people preferred two Indian and two international cuisines. Now, it has come down to one plus one.”

The kitchen catered to a total of seven functions since Unlock, and has a few more lined up for November and December.

“We are ensuring no direct contact from the guests with the serving ladle. Our chefs at the food counter wear face masks and visors. The guest limit post October 15 might increase to 200. To cater to this number of people, we will need 20-25 chefs at a site, apart from our waiters,” adds Gandhi.

Nothing is being kept pre-plated. “More focus is on live food counters,” he adds.

Paprika Kitchen strictly follows two of the many SOPs in the kitchen. “People working in one section are not allowed to enter the other section. Whoever starts a new process has to sanitise his hands.”

Rahil Bindra, Managing Partner, Moets Club Class Catering, Defence Colony, says, “We have not got many orders, but are slowly starting to get some inquiries.” The company sends only the required number of staff to the event they cater at. “

We install self-serving stations instead of our staff serving the crowd to go as contactless as possible. Moreover, people don’t want an elaborate spread now. A predominantly Indian cuisine with two Oriental dishes is enough. Desserts have reduced, but it still includes cold desserts,” he adds.

The company provides sanitisers and even sanitises its bone china crockery.

Krishnakutty Nair, who has been running KK South Indian Catering, in Delhi-NCR for the past 22 years, had to shut the shop for a while in these months.

“We do typical Kerala cuisine for the weddings, but didn’t take any bookings during lockdown because the guest limit was only 50. We have huge teams working for us on big projects, so we can’t take small bookings.”

Bookings are being accepted only for the weddings in December and January.

“We don’t want to take any risk right now,” he adds.

Now we are on Telegram too. Follow us for updates
TAGS
Wedding Caterers COVID 19 Coronavirus