Ayurvedic metallic preparations are not toxic if used accurately

Just a week ago, I was thinking about the chemotherapy drugs, a very good friend of mine had been prescribed.

Just a week ago, I was thinking about the chemotherapy drugs, a very good friend of mine had been prescribed.  He has lung cancer and has been treated with Cisplatin, a widely used chemo-therapeutic agent. This preparation contains platinum.Now, all of you must have heard stories about Siddha and Ayurvedic medicines containing heavy metals and as to how they damage the kidney and liver. As far as I know there has not been a single instance where metallic preparations of reputed Ayurvedic drug manufacturers prescribed by qualified and experienced vaidyars have caused either nephrotoxicity or hepato-toxicity. 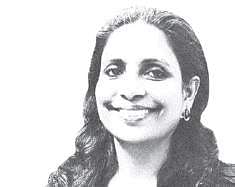 In Ayurveda, since digestion is considered a key to good health, things that compromise the functioning of organs involved in the processing of foods or elimination of wastes would never be prescribed. At all times, Ayurvedic management of disease lays emphasis on not compromising the agni or digestive fire. Therefore, medicines that affect the kidney or liver, the agni or digestive fire would not be prescribed. Cisplatin, which contains platinum, is an allopathy doctor’s drug of choice for treating many cancers. But it is nephrotoxic and affects the proper functioning of kidney. It injures the renal epithelial cells and produces inflammation, which affects proper voiding of urine.

Cisplatin has an adverse effect on the renal tubules and the glomerular filtration rate and may even cause permanent kidney damage in some cases. Cisplatin also causes hearing impairment and is oto-toxic. It is also neurotoxic, inducing sensory neuropathy of the upper and lower extremities. Other platinum anti-cancer drugs called Carboplatin and Oxaliplatin have similar side-effects. None of the Ayurvedic and Siddha metallic preparations are toxic when prepared and should be used judiciously by experienced vaidyars. They may be misused by the quacks, but the drugs themselves are not neurotoxic, hepato-toxic or nephrotoxic.

The reasons Ayurvedic metallic preparations are not toxic is because the metals are first subjected to purificatory measures. Vaidyars use natural acidic and alkaline substances to purify the metals and then subject them to varying degrees of heat to convert them into a bhasma or nanoparticles. They look like magic potions. But many Indian transformations are like that; we take urad dal and rice and make delicious dosas. Ayurveda makes use of the poisonous strychnos nux-vomica to make potent medicines for treating nerve disorders. No one has died of strychnine poisoning by consuming the drug, although strychnine by itself is highly toxic. This is because the Ayurvedic vaidyars of yore knew about proper purification techniques.

Now we have Dhootpapeshwar, a 125-year-old company, and Dabur, both manufacturing herbo-mineral and metallic preparations and selling them to thousands of people. If these drugs were so toxic, we should have had thousands of cases of nephrotoxicity and people dying like flies. But that is not happening, nor has anyone scientifically proven that these Ayurvedic preparations are toxic. All that the detractors can say is that so and so medicine contains heavy metals or arsenic. Of course, some of the Ayurvedic preparations contain metals. The point to remember is that these preparations are not toxic if prepared and used in the proper Ayurvedic way.

The writer is retired Additional Chief Secretary of Tamil Nadu. She can be reached at sheelarani.
arogyamantra@gmail. com/arogyamantra.blogspot.com