A cup of health from Argentina

Known famously across Argentina—from where it originates—as the ‘drink of the Gods’, Yerba mate is your one-stop power source of nutrients and antioxidants.

Billions of people across the globe start their day with a cup of coffee or tea. And then there are those who prefer indulging in something ‘greener than green tea’—Yerba mate. Known famously across Argentina—from where it originates—as the ‘drink of the Gods’, Yerba mate is your one-stop power source of nutrients and antioxidants.

Boasting an impressive host of health benefits, this energy drink is made from the leaves of the Ilex paraguariensis plant and has been in use for centuries in South America. Crowned the national drink of Argentina, where $500 million worth of it is consumed every year, a whopping 92 percent of all households drink Yerba mate, says a survey. Over the last year, this drink slowly made its way into Indian homes. Available online, it is also on offer at select cafes and high-end restaurants. 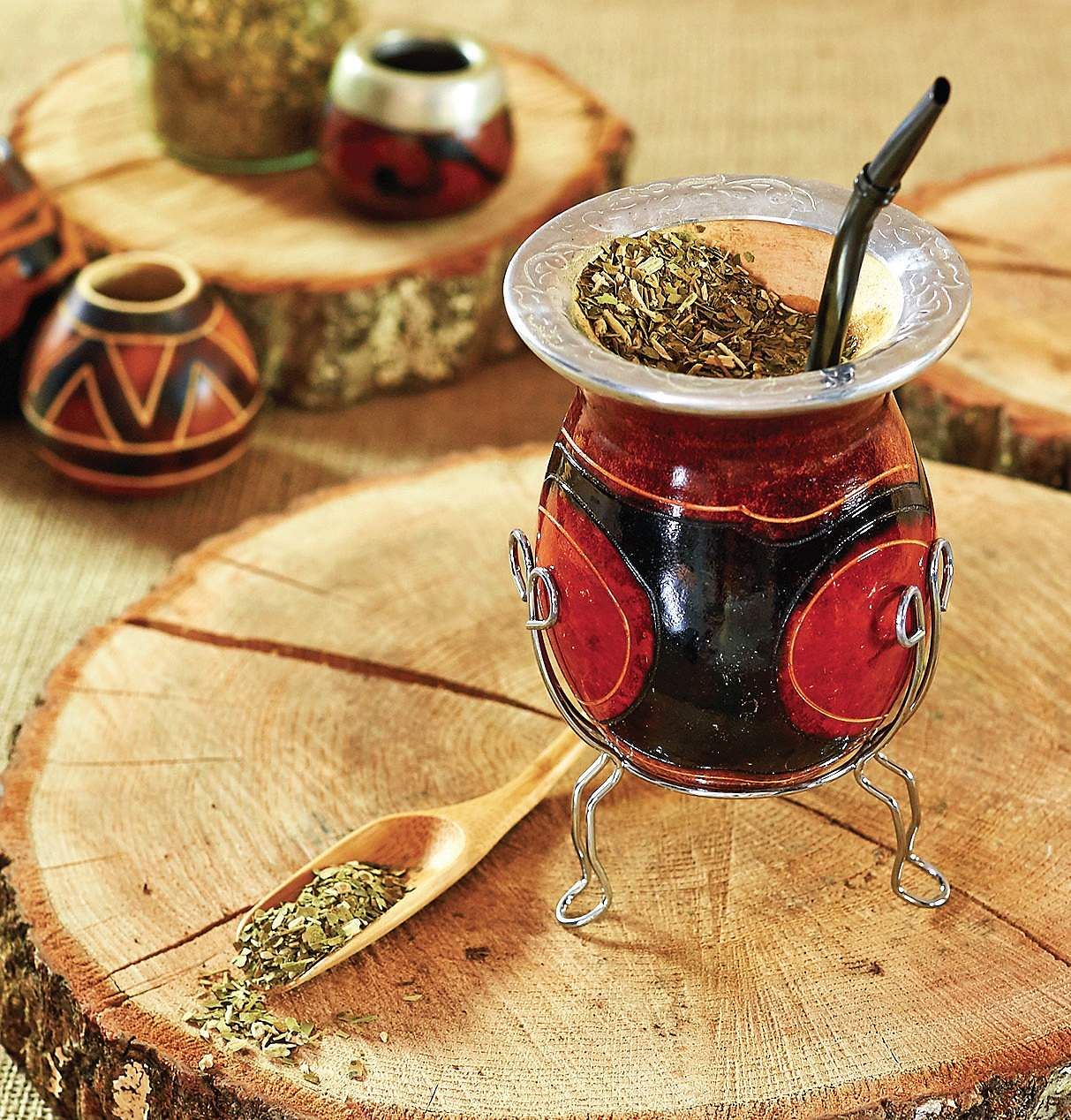 Managing director of Karavan Advisory Enterprises LLP—involved in popularising the drink in India—Anish Narang says, “Though Yerba Mate tastes like tea and hits you like coffee—it is technically neither. Strong and slightly bitter, this drink contains vitamins, minerals, amino acids, and abundant polyphenols. It is one of the most balanced and healthful drinks, and is also stimulating.” In fact, the Pasteur Institute and the Paris Scientific Society concluded in 1964 that Yerba Mate contains “practically all of the vitamins necessary to sustain life”.

A 2011 scientific study found that Yerba Mate tea has both anti-inflammatory and anti-cancer capabilities. It also contains saponins that are beneficial for bone health. A study published in the Journal of Agricultural and Food Chemistry showed that consumption of the drink resulted in a reduction of bad cholesterol. Another 2014 study published by Nutrition & Metabolism found that it can increase the exercise effectiveness for weight loss.

Yerba Mate is a ritualistic drink in Argentina and requires a ‘mate’ (dried gourd) and a ‘bombilla’ (a special straw). People sit in a circle and the gourd is passed around. Everyone takes a sip through the bombilla. Stirring the gourd with the bombilla is considered impolite.

❖ Yerba Mate increases your body’s reliance on fat for fuel during exercise
❖ It rarely interferes with sleep and doesn’t cause caffeine jitters
❖ It makes you more motivated and productive by stimulating production of the neurotransmitter dopamine
❖ The Yerba Mate tea base is rich in antioxidants, including xanthines, caffeoyl derivatives, saponins, and polyphenols. This can help protect us from free radical damage, which can contribute to cancer, heart disease, premature aging, and more.
❖ Yerba Mate is high in compounds called saponins that are natural emulsifiers that boost the immune system
❖ There’s some evidence that Yerba Mate can aid weight loss by reducing appetite, increasing energy expenditure, improving insulin sensitivity, and burning stored fat
❖ It’s naturally antibacterial against E.coli, one of the most common causes of food poisoning

Now we are on Telegram too. Follow us for updates
TAGS
Yerba mate DRINK nutrition health