Youngsters in the age group of 18 to 25 indicated a higher level of fear and anxiety as compared to older people.

The survey was conducted on 550 people living in different cities by two researchers Prof Suchitra Pal and Debraj Das, using the self-administered questionnaire method. Prof Pal is an Associate Professor with Xavier University Bhubaneswar (XUB) while Das, a senior corporate executive, is a PhD scholar at the same institution. 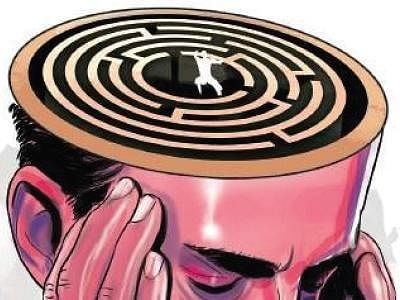 The pan-Indian survey highlighted that the pandemic has led to the emergence of a new form of anxiety named ‘coronaphobia.’ The sample survey indicated that about 23 per cent the people have a higher risk perception of Covid-19. But seven per cent suffer from ‘coronaphobia’ or extreme fear of the virus. Around 16 per cent exhibited behavioural anxiety like frequent checking of body temperature to see if infected with the coronavirus. The survey found that 39 per cent feared death from the infection while 85 per cent people are hopeful of being back to normal life.

The pandemic has also taken a toll on the mental health of younger people. Youngsters in the age group of 18 to 25 indicated a higher level of fear and anxiety as compared to older people. Fear and risk perception was also marked in the age group of 26 to 40. However, people above 40 years of age were more hopeful of returning to normal life.

The survey outcome indicated that highly educated people showed a lower risk perception towards the virus, less fear and anxiety, lower depression; and are also very hopeful of getting rid of the pandemic and coming back to lead a normal life soon.

“The long term effect of the pandemic is too early to predict but focussed preventive measures such as targeted psycho-social support, healthy lifestyle to divert attentions causing anxiety, stricter law to enforce preventative measures, better and affordable health kits such as masks (suiting the hot and humid climate of India), sanitisers can probably build confidence in people and help reduce fear, anxiety, and subsequent depression associated with the pandemic,” the survey said.

Now we are on Telegram too. Follow us for updates
TAGS
Anxiety coronaphobia Coronavirus COVID 19 mental health Odisha