Go far beyond with the guru

In olden times, it was common for rishis and yogis to do penance for days and months together. They would open their eyes only if some thought or action provoked them.

In olden times, it was common for rishis and yogis to do penance for days and months together. They would open their eyes only if some thought or action provoked them.
Once a rishi was in his tapasya (meditation), when suddenly he was prompted to open his eyes. He looked around to see a bemata. There was a boy and girl born in the neighbourhood. She had come to visit them.
In those days, bemata would visit each house on the sixth day of the birth of a child to write their
destiny. The rishi waited for her return. When she came back, he asked what she had written. She replied “horse for the boy and vaishya for the girl” and left. The rishi once again started his tapasya.
After many years, the rishi decided to visit the boy and girl. The boy lived in a tattered house.
There was a horse tied outside the gate. He took people across on horseback and earned a meagre salary. The rishi told the boy to sell the horse and keep a part of the money earned for his food and distribute the rest among poor. 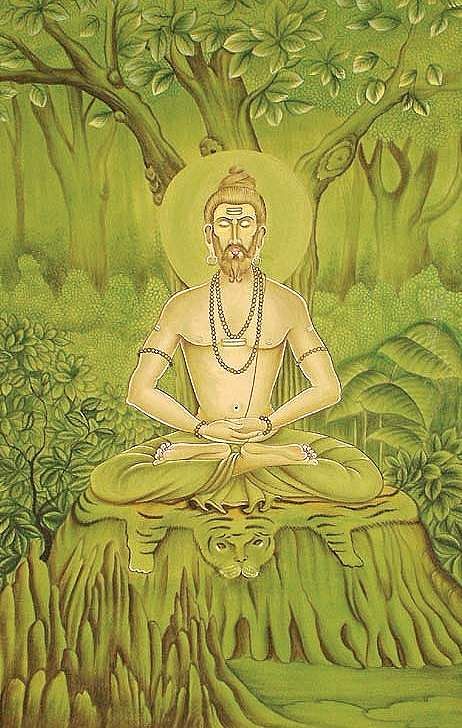 A few months later, the rishi once again visited them. This time he found that the boy’s tattered shack was replaced by a beautiful house. The boy informed, “Whenever I sold the horse, I found another one standing at the gate every night. But I continued selling them and distributing food among the poor.” The vaishya too had built a luxurious house for herself. As she increased the price, her clients continued to pay.

It was destiny that brought the horse to the boy, and that made the girl a vaishya. No matter what they did, they could not escape it. A guru does not change the destiny of a shishya. Instead, he puts him/her on the path to use destiny for growth in spiritual or physical, as per desire of the soul.

For this to happen, a shishya has to have faith and follow guru vakya like a mantra. Had the boy and the girl doubted or disobeyed the rishi’s advice, they would not have achieved what they did in such a short time.
What has to happen, happens. The exit route is nishkam karma or vairagya. Whatever we have done we have to pay for it, that’s our karma.

So stop cribbing and look for a guru to find an exit route from the pains and barriers of life.
The writer is the guiding light of Dhyan Foundation.