India is the only place where our gods must dance.

India is the only place where our gods must dance. This is because the closest analogy you can give to the phenomenon of creation, is that it is like a dance. If you observe a dance, on the surface, there seems to be no logical coherence to what is happening. But if you look closely enough, there is a very profound system to the whole process. Everything seems to be synchronised in some way. 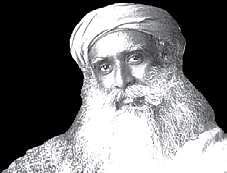 One of the theories that is being thrown around in science over the last few years is ‘Constructal theory’. What they say is that whether you take an atom, a human being, an elephant or the cosmos—the fundamental design is the same. It is only the complexity that increases in sophistication.

This is something we have always said in yoga. The microcosm and the macrocosm are essentially the same design. It is from this that the yogic practices began. We said anda, pinda, and brahmanda—the ingredient that makes this life, the individual person, and the cosmos—are three manifestations of the same thing. They are all in the same synchronicity. And because it is the same design, you can put one into the other.

So, the nearest analogy and the closest description you can give for the way the cosmos is functioning is that it is a dance, because it all seems to be at random, but there is perfect organisation and synchronicity behind it. And because creation is a dance, we said the divine is a dancer. If he is not a dancer, how could he make this dance happen?

When we say Shiva is Nataraja, we are not talking about an individual dancing. You might have noticed that in the depiction of Nataraja, there is a circle around him. The circle is always the symbol of the cosmos because when anything moves, the most natural form is a circle. Anything that happens by itself is a circle or an ellipsoid—which is a slightly distorted circle—because a circle is the shape of least resistance. The planet, the moon, the sun, these are all circles.

This is why the circle around Nataraja symbolises the cosmos. He is a cosmic dancer. That is how he is always described. This is not about an individual dancing across the cosmos. We are saying the cosmos is in a dance and the dance is guided by a certain intelligence. Since we are individuals and we understand everything as separate life forms, we individualise it as Nataraja for our own perception. The word ‘Shiva’ literally means ‘that which is not’ or ‘that which is nothing’. It is nothing, it is empty space, but it is dancing. Because it is dancing, everything is happening.

Sadhguru is a yogi, mystic, a bestselling author and poet. He was conferred the Padma Vibhushan in 2017. Isha.sadhguru.org