BENGALURU: Like most people, I have awaited my first international trip. After waiting for 26 years, excited as a kid, I took that first international flight to Sri Lanka for the weekend. Once I landed, the 45-minute ride from Bandaranaike International Airport late at night was pleasant, but my excitement could not contain my patience to reach my place of stay in Aathma Colombo House. And the excitement was worth it, each room at the artsy house here is named after Sanskrit words like Tantra, Ajna and Kavya. With the view of the lake before you, with all the lush greenery, you could immerse yourself in the tranquility of the place. 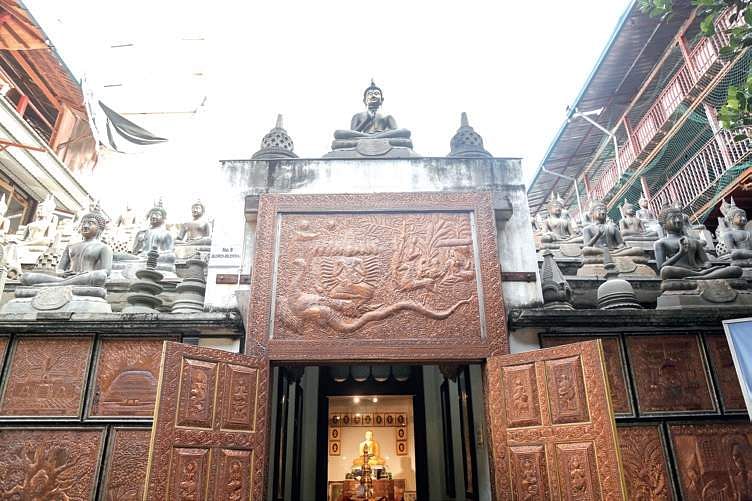 After spending a day in Colombo, I headed to Galle. The name of this place, which is about a three-hour ride from Colombo, is believed to be derived from the classical Sinhalese term ‘Galle’, meaning ‘port near the river Gin’. The well-laid roads and expansive highways take you along hills and farmlands, which is a great stress-buster. You just feel like putting your headphones on and having some quiet ‘me time’ while taking in the surroundings. On reaching Galle, my sheer fondness for the road made me hope that the trip was longer.

When you are in Galle, you cannot miss out on the surfing options that are available. There are many such activities hosted by Airbnb for travellers to learn about local lifestyle of people. It was my first try at surfing at ‘Go Surfing in Galle’. The host, Diluk Oshan, had a tough getting me to fight my fear and get me in to the water. I’m sure teaching me to surf was an adventure for him. As I would end up carrying my surf board and walk on the shore, he would shout out to me saying, “Try it, don’t be such a baby”. Nevertheless, each time, I would make an excuse by saying there’s a big wave approaching, and would only get back in once it recedes.

Though all safety measures were taken care of for beginners — tying ones leg with a leash to the surf board and not taking us deep into the water — it was quite difficult for me to surf. I was struggling even in chest-level water whenever I would try standing on the surf board. It seemed lot easier when I tried it on the shore.

The other experience I enjoyed was the Galle Fort Walk by Atheeq, which was informative and fun. The host, Atheeq, shared how this city was the worst affected in Sri Lanka by the Tsunami in 2004. He also talked about how people associate a hill near the Galle Harbour with some events of the Ramayana. Atheeq then took us through the fort area, from where you can spot the remains of Portugese, Dutch and British architectural structures.

I was also given an insight into the history of Galle, and learned that it was a major sea port, from where spices — especially cinnamon — were exported. The family court in the area still works with old typewriters with Sinhalese alphabets on them. The laidback locals, the striking diversity of the population, the colonial architecture and the overall serenity of the place make you feel like spending your retirement days here.

And like that, the tour ended at a gelato ice cream parlour on Peddlers Street — the perfect way to end all that walking under the sun. The food and the locality have a distinct similarity to Kerala or Goa. The people here, too, are hospitable, and you might have a hard time convincing yourself that you’re actually in another country. With very little time left to satisfy the shopaholic in me, I managed to squeeze in some retail therapy right before heading to the airport in Colombo.

Heading back home from my first international trip, I thought to myself, that I’d definitely want to visit this place again, especially when all I want to do is surround myself with nature and kick-back with a cold one.

I have chosen path of public service not of politics: Scindia

'Remarkable shift' in US Sikhs' support for Trump due to his business policies: Community members