Before the passing of the bill, opposition MPs in Lok Sabha had raised questions over the Anti-trafficking bill, saying it is neither clear and nor comprehensive in many of its clauses.

The rain-lashed Parliament reconvened on Thursday for the seventh day of this year's Monsoon session after passing the bill against economic offenders amidst criticisms from the Opposition on July 25.

After much debate and deliberation, the Trafficking of Persons (Prevention, Protection and Rehabilitation) Bill, 2018, also known as the anti-trafficking bill was passed in the Lok Sabha today.

Meanwhile, a ruckus was seen in the Rajya Sabha when the house discussed reforms to curb mob lynching incidents that happen due to the spread of rumours and fake news.

Here are the highlights of today's Parliament Monsoon Session:

Both Lok Sabha and Rajya Sabha are adjourned till 11 am on Monday, July 30.

The anti-trafficking bill is passed in Lok Sabha. 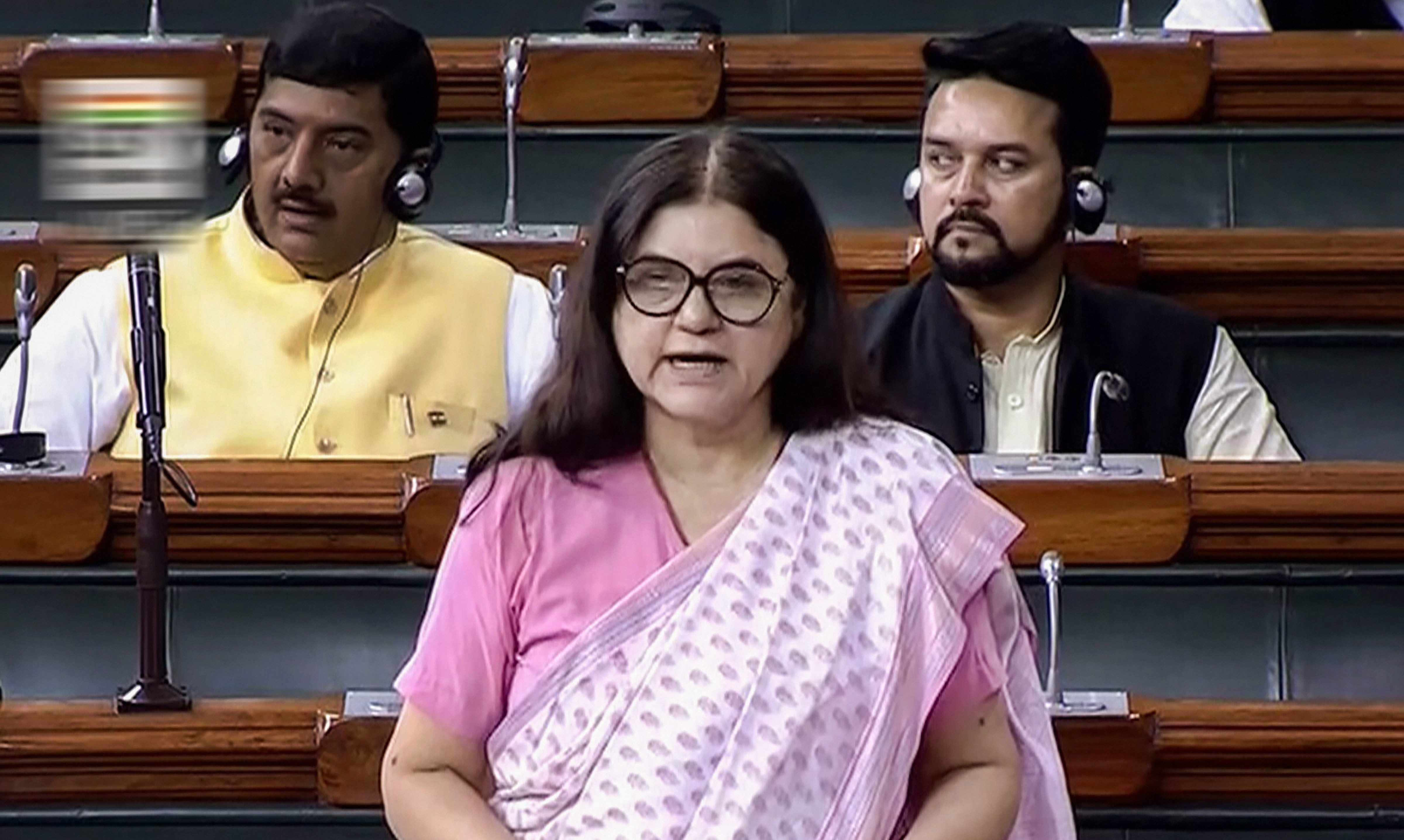 "The bill has a compassionate view of all the victims, especially those in the sex trade. The bill will ensure the formation of the National Anti-trafficking bureau and strengthen it. The participants of the committee have also clearly been defined in the bill," says Maneka Gandhi.

Union Minister for Women and Child Development, Maneka Gandhi addresses the concerns raised by MPs of opposition parties in the Lok Sabha.

Opposition MPs in Lok Sabha raise questions over the Anti-trafficking bill saying it is neither clear and nor comprehensivs in many parts.

"Human trafficking is a social issue not a political issue. As much as I appreciate and support the government when they say we will bring in a special team to curb trafficking, police sensitisation must be done because most of the victims are traumatised and are vulnerable. In the same way, the rehabilitation program also must be well-thought-out so as to help the smooth integration of victims back into society," says NCP Lok Sabha MP Supriya Sule.

The party which came to power in 2014 is responsible for digital mobs: West Bengal Rajya Sabha MP Derek O' Brien

Rajya Sabha MPs of opposition parties slam BJP government over spread of fake news, hate-mongering on social media, and asks for solid steps to curb rumours as well as defamatory and seditious content.

IT Minister Ravi Shankar Prasad takes the issue of misuse of social media platforms and circulation of Fake News leading to rise in violence and lynching.

Congress MP Shashi Tharoor remarks that the government may not know the difference between ‘persecution’ and ‘prosecution.’ He says the Bill raises many serious concerns. He says a comprehensive legislation is the need of the hour. Tharoor says that this Bill is a rehash of existing laws.

He also urges the government to study how existing laws have been applied. He says that the Bill must differentiate between those who are trafficked into sex work, and adult, consenting women who have entered sex work.

You can fight someone with all your mind but hate is a choice. Now whenever I come across BJP MPs, they take 2 steps back thinking I'll hug them. One thing that religion teaches us is you can't get imprisoned by hatred.We'll take on PM&BJP but we don't need to hate them: R Gandhi pic.twitter.com/KhWdOFD3pL

"How can we sit silent when we see women and children being bought and sold like slaves?" asked Union Women and Child Development Minister Maneka Gandhi.

BJP MP Maheish Girri, prior to the adjournment of the upper house,  raises the issue of death of three girls due to starvation. He added that the Delhi government is trying to cover up the incident.

Rajya Sabha will reconvene at 2pm.

Rahul Gandhi in the Parliament house

Status of eminence not given to Jio Institute: Prakash Javadekar

Union HRD Minister Prakash Javadekar says the Jio institute has not been granted any status of eminence. He added it has been selected under greenfield category and only given letter of intent.

AIADMK  MP P R. Sundaram says the truckers' strike has affected perishable goods sector such as eggs and vegetable which hiked up prices of the essential item. He also requested Union Highway Minister Nitin Gadkari to resolve this issue.

Congress MPs arrive at the Parliament for the seventh setting of the Monsoon Session. (Photo | EPS/ Shekhar Yadav)

Congress MP Jyotiraditya Scindia says a central government project has been implemented in his constituency where he was not invited. Union Highways Minister Nitin Gadkari says it was an oversight and expresses regret. To which Congress MPs objected.

Congress MP Rajeev Gowda raised the issue of truckers strike in Rajya Sabha. He said that the strike is causing a cascading effect onto other industries.

READ MORE | What, why and when of all-India truckers' strike

TDP continues their protest for the seventh day

Sitting begins in both the houses of the Parliament amidst heavy rainfall in Delhi.

Bills to be taken up for consideration in Lok Sabha