​The month-long West Bengal election that was held in eight phases under the shadow of a raging pandemic saw blame games, insider-outsider debates and political attacks.

In a spectacular victory, the ruling Trinamool Congress is set to retain its power in West Bengal for a third consecutive term.

Despite heavy campaigning by party's big guns including PM Modi and Home Minister Amit Shah, the BJP was restircted to less than 80 seats.

As per the latest data from the Election Commission, TMC is on its course to win over 210 seats in a 294-member Assembly.

However, in the much anticipated battle of Nandigram, Chief Minister Mamata Banerjee lost to BJP's Suvendu Adhikari by 1956 votes. Mamata said the verdict it is not a big deal and asked her supporters 'not to worry.'

Meanwhile, Prime Minister Modi congratulated the Trinamool Congress and Mamnata Banerjee for the massive win and promised that Centre would lend support to the state government.

​The month-long West Bengal election that was held in eight phases under the shadow of a raging pandemic saw blame games, insider-outsider debates, political attacks and loud jingles of 'Khela Hobe' vs 'Khela Shesh'. This even as Covid cases shot up both in Bengal and across the country.

Aishe Ghosh trails in the third place in Jamuria 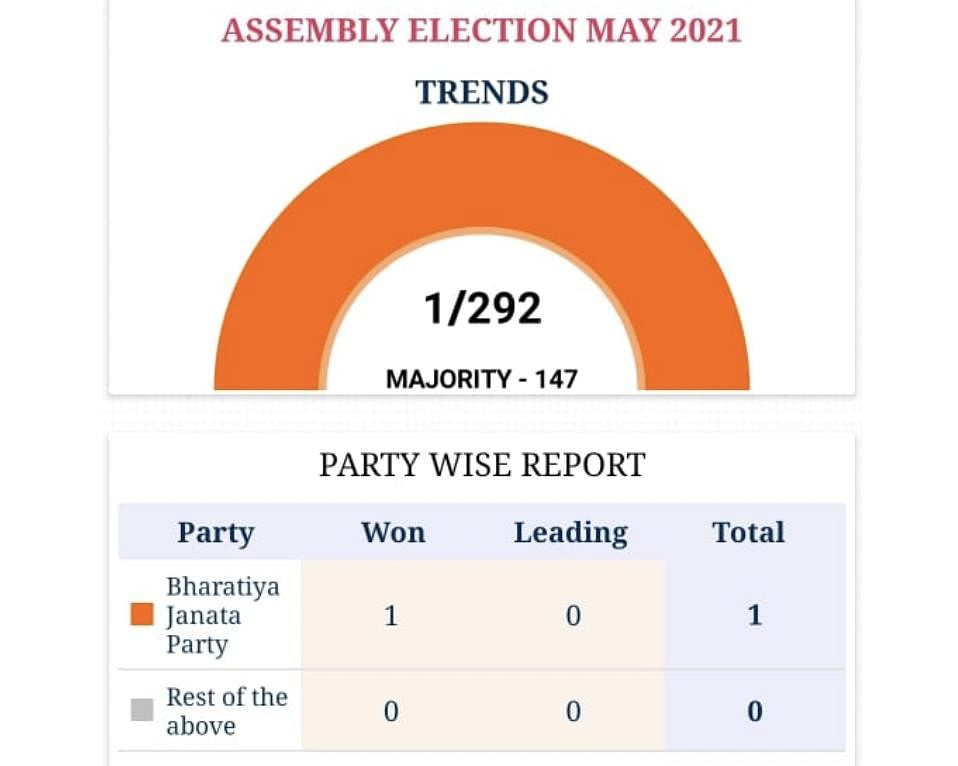 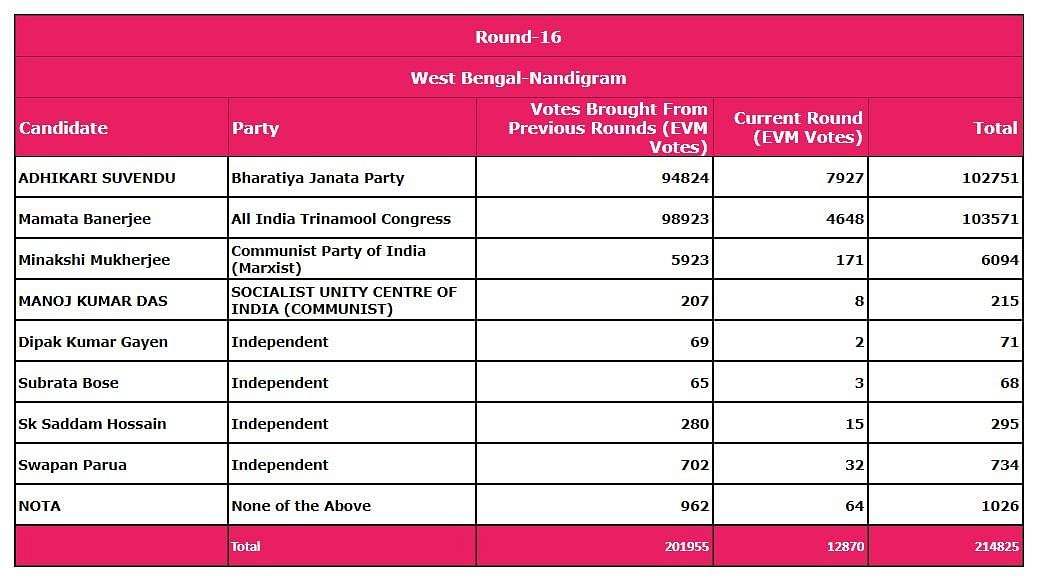 Tomorrow at 7.00 PM, the chief minister will be calling on me at Raj Bhawan, says Governor of West Bengal Jagdeep Dhankhar 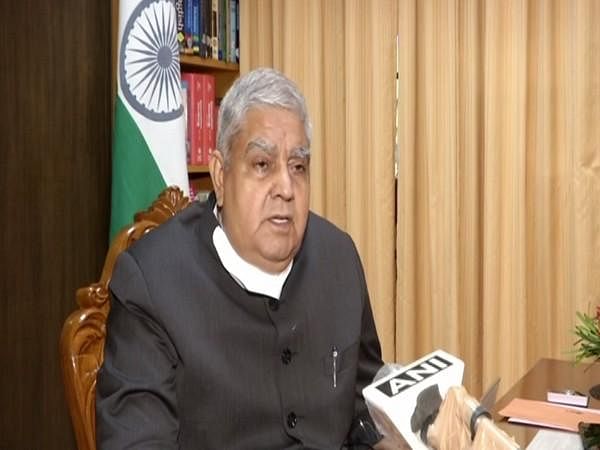 U-turn for TMC in Nandigram? Suvendu Adhikari thanks Nandigram voters after 'win'

My sincere thanks to the great People of Nandigram for their love, trust, blessings, and support, and for choosing me as their representative and the MLA from #Nandigram. It is my never-ending commitment to be of service to them and working for their welfare. I am truly grateful! pic.twitter.com/oQyeYswDa8

Congratulations to Mamata Didi for Trinamool Congress' win in West Bengal. The Centre will continue to extend all possible support to the West Bengal Government to fulfil people’s aspirations and also to overcome the COVID-19 pandemic: PM Narendra Modi

No victory rally for TMC in view of COVID crisis

No grand oath-taking ceremony to be organised; mega victory rally in Kolkata when pandemic is over: CM Mamata Banerjee

'Please do not speculate': Mamata Banerjee on Nandigram vote count

The counting process for Nandigram has not been completed. Please do not speculate.

In a statement, Thackeray said Banerjee led the fight for Bengal's self-respect single-handedly, adding that "all credit goes to the Bengal tigress for the win". (READ FULL REPORT HERE)

"For us, combating the COVID-19 situation will be the topmost priority. This is victory of Bengal and only Bengal can do it," she said in her brief message to party workers.

Wishes pour in for Didi on TMC's resounding victory

Congratulations @MamataOfficial didi on @AITCofficial being elected again in the Assembly election. Good wishes for your next tenure.

Banerjee defeated her arch-rival Suvendu Adhikari with a thin margin of 1,200 votes as the much-anticipated 'battle of Nandigram' concluded.

Congratulations to the Chief Minister of West Bengal, @MamataOfficial Didi on her party’s victory in West Bengal assembly elections. My best wishes to her for her next tenure.

"I am quitting this space," Kishor told a mediahouse after trends showed a landslide victory for the TMC, the party whose election strategy he helped craft for the assembly elections.

After 16th round, Mamata Banerjee is trailing by 6 votes in Nandigram.

Mamata Banerjee is leading by over 3000 votes

After 14th round of couting of votes, TMC chief Mamata Banerjee is leading by 3,132 votes.

Congratulations @MamataOfficial didi for landslide victory. What a fight!

Congratulations to the people of WB

'Mandate has given TMC workers energy'

We really don't want to celebrate but there was an anti-campaign against TMC. Our workers were under pressure. This mandate has given them energy. Still, we're telling them not to celebrate due to COVID situation: Sayan Deb Chatterjee, State Secretary, WB Trinamool Youth Congress

"We have always talked about unity and development... and the way the CM had worked for the welfare of people by risking her life amid the pandemic, has reflected in the election results," TMC general secretary said.

Congratulations to @MamataOfficial @AITCofficial @derekobrienmp
on their splendid victory today. Kudos to the people of West Bengal for rejecting disruptive & divisive forces.

Primary task of new TMC govt will be to put health system back on track: Firhad Hakim

Asserting that the TMC will storm back to power in West Bengal, senior party leader and outgoing urban development minister Firhad Hakim on Sunday said the primary task of the new government would be to put the state's "derailed health system back on track", amid the relentless surge in COVID-19 cases.

ECI takes serious note of reports coming in of congregation(s) of people to celebrate anticipated victory. EC has directed Chief Secretaries of all 5 states to file FIR in each such case, suspend concerned SHO and report action taken immediately of each such incidence: ECI

#WATCH | Celebrations by TMC supporters begin in Asansol as official trends show the party leading on 202 seats so far. The Election Commission has banned any victory procession amid the #COVID19 situation in the country.#WestBengalElections2021 pic.twitter.com/2sEtXI7mF6

For Chattopadhyay, who had fought assembly elections seven times and won each of the contests, the constituency is his home turf as he is a resident of the area and exercises his franchise there.

TMC leading in over 18 seats: EC

Too early to say anything because there are so many rounds. Situation will be clear only by evening. We had started from 3 & were challenged that we won't get even 100, we have crossed that mark. We will cross the magic number too: Kailash Vijayvargiya, BJP#WestBengalPolls pic.twitter.com/ZS5LmrGcNF

Mamata trailing in Nandigram after round 3 of voting

After the third round, Mamata is trailing by 8,206 votes in Nandigram. There are 14 rounds left to be counted.

TMC leading by over 4000 votes in Singur assembly constituency

In the Singur assembly constituency of Hooghly district, the TMC is leading by 4466 votes. In the 2019 Lok Sabha polls, BJP secured over 10000 votes from these seats

After the second round, Mamata Banerjee is trailing by 3,460 votes in Nandigram.

BJP MP Babul Supriyo is trailing by 4500 votes in the Tollygunge constituency in Kolkata. 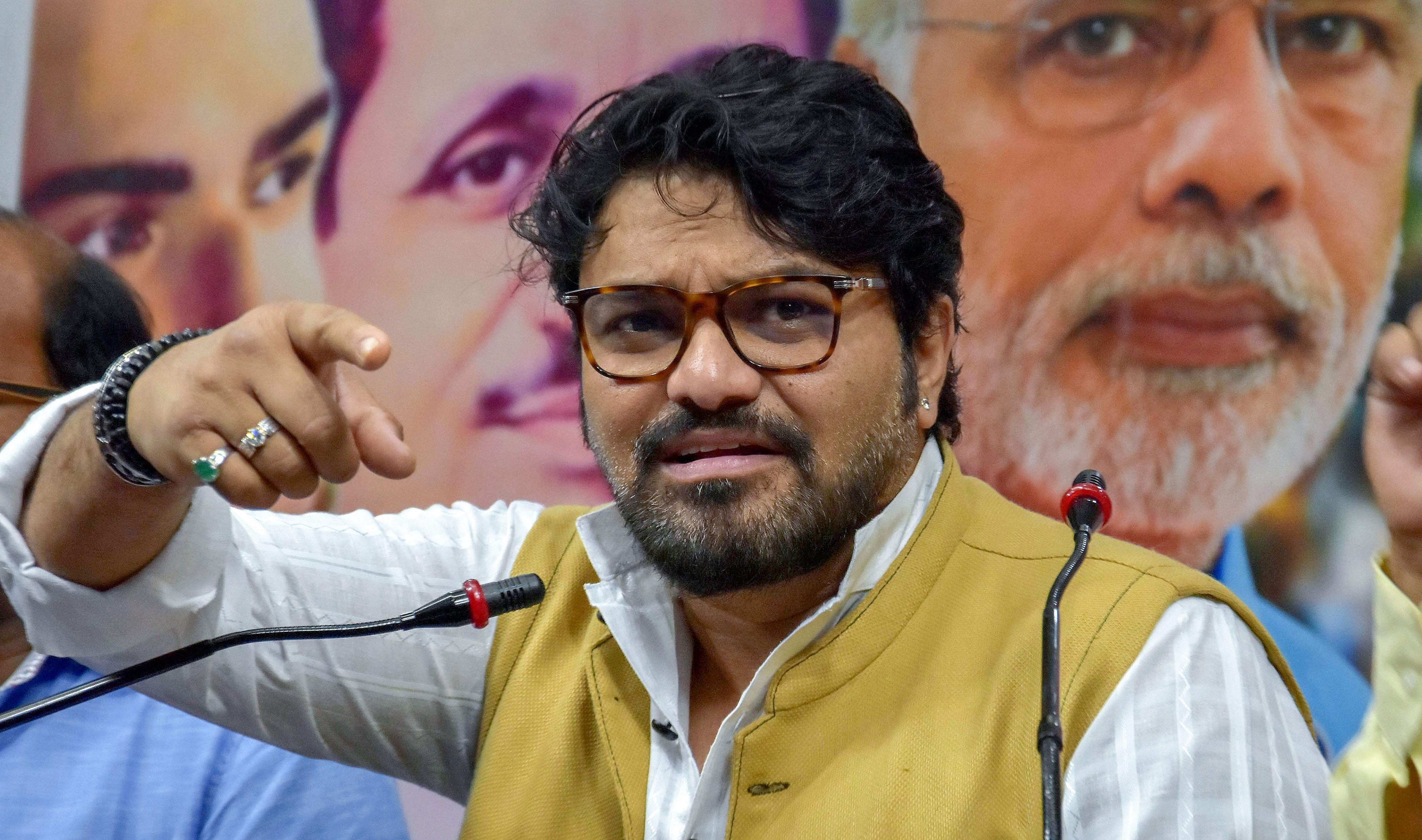 After the first round, TMC supremo Mamata Banerjee is trailing by 1,497 votes in the Nandigram constituency. Nandigram in Purba Medinipur district of Bengal will decide the fate of two heavyweights -- BJP's Suvendu Adhikari and TMC's Mamata Banerjee. Nandigram seat has a special place in Bengal’s politics as Mamata launched her biggest political movement here against the Left government in 2007. 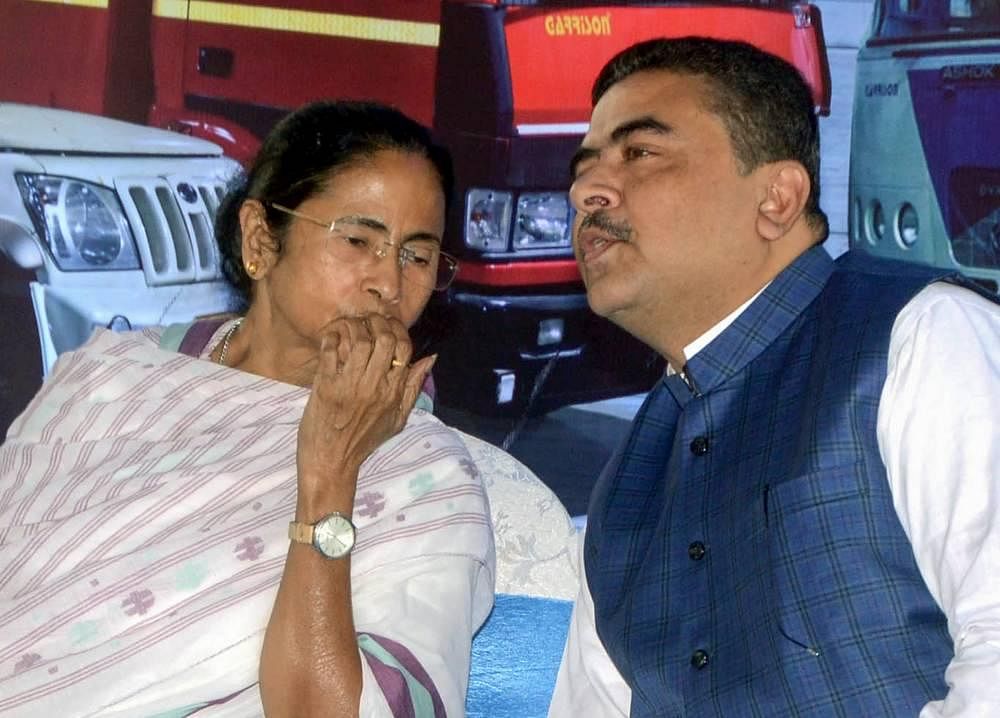 TMC leading on 3 seats, according to EC trends

The Left combine is leading in three places

The Left-Congress-ISF candidates are leading in three places.

The TMC and challenger BJP were Sunday locked in a neck-and-neck contest in West Bengal as counting of postal ballots was underway, with the ruling party having a slight edge, officials said.

Neck and neck battle in Bengal

Early leads show BJP and TMC chasing each other.

Gopal Som, a counting agent of Congress candidate from Panihati (North 24 Parganas), Tapas Majumder, was taken to a hospital after he fell unconscious at the counting centre.

Counting of votes for #WestBengalPolls is underway. Visuals from a counting centre in Haldia of East Midnapore where votes in Haldia, Mahishadal and Nandigram are being counted.

West Bengal is witnessing a steep rise in COVID-19 cases and fatalities, and many health experts held month-long political extravaganzas responsible for the spread of the coronavirus in urban as well as rural regions of the state.

Here is what Exit Polls predicted for Bengal 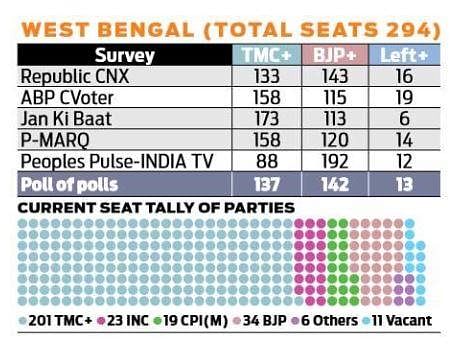 Counting of votes for West Bengal Assembly Elections and four other states begins.

Trinamool Congress, BJP in silent mode ahead of verdict

As the state witnessed a month-long fierce electoral battle, both the TMC and the saffron camp claimed on Saturday that they would secure majority in two third of the West Bengal's 294 Assembly constituencies.