NEW DELHI: Delhi Police on Tuesday arrested Jawaharlal Nehru University (JNU) professor Atul Johri acting on several complaints of sexual harassment filed by students. He was produced in Patiala house court where he was granted bail after the police did not object to his bail plea.

Johri was arrested at around 4 pm and obtained bail within three hours. Duty magistrate Ritu Singh directed Johri to furnish a bail bond of Rs 30,000 for each of the eight FIRs registered against him. In their complaints, the victims alleged Johri sexually harassed them in the School of Life Sciences lab. Johri told police that the students are trying to defame him as he was strict with attendance. 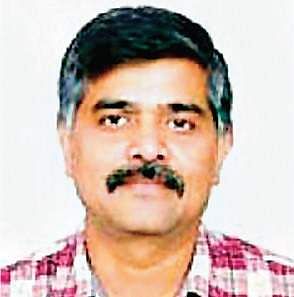 The JNU Students Union said they would protest against the bail given to the accused. The students alleged the bail was granted without following proper procedure. “The presence of prosecution lawyer is necessary while granting bail. But this did not happen. Also, the police misguided us,” said Preeti Umarao, a student at SLS.“We would put pressure on the administration to suspend Johri,” said Geeta Kumari, president of JNUSU.

I’m a victim of politics: Johri

Denying harassment charges against him, JNU professor Atul Johri said, “I have been working in JNU since 2004. I’m a victim of politics.” He added that sending him to jail would ruin his career.

Stay up to date on all the latest Nation news with The New Indian Express App. Download now
(Get the news that matters from New Indian Express on WhatsApp. Click this link and hit 'Click to Subscribe'. Follow the instructions after that.)
TAGS
JNU sexual harassment Jawaharlal Nehru University Atul Johri