The Congress and other opposition parties have attacked the social media giant after a US media report alleged that Facebook did not apply its hate speech rules on BJP leaders.

NEW DELHI:  The Congress on Tuesday wrote to Facebook CEO Mark Zuckerberg seeking a high-level inquiry into the conduct of company’s India leadership team over reports that the social media platform did not apply its hate speech rules on BJP leaders. 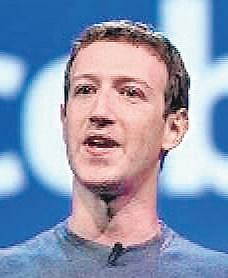 Accusing Facebook India of interfering with India’s electoral democracy, Congress general secretary KC Venugopal, in a letter to Zuckerberg, also demanded that pending the internal investigation and submission of the report, the company should “consider a new team to lead Facebook India operations so as to not influence the probe”.

He said the Congress is joined by other leading political parties in expressing fear over Facebook’s purported role in manipulating India’s electoral democracy. “Set up a high-level inquiry by Facebook headquarters into the Facebook India leadership team and their operations and submit a report to the Board of Facebook within one or two months. The report should also be made public,” he said.

The opposition has attacked Facebook following a report by The Wall Street Journal (WSJ) last week alleged that senior Facebook executives had opposed applying hate speech rules to posts by certain BJP leaders, with the BJP and the Congress engaged in a bitter war of words for the last three days over the issue. The opposition is demanding a Joint Parliamentary Committee (JPC) probe into the matter, which has been rejected by the BJP.

Asking the US firm to publish all instances of hate speech posts since 2014 that were allowed on the platform, the Congress leader further said that Facebook may be a willing participant in thwarting the rights and values that the founding leaders of the Congress sacrificed their lives for.

“The WSJ article mentions hate speech of at least three other politicians that were wilfully permitted by Facebook India. The Congress has raised the issue of bias with many Facebook and WhatsApp executives. This is a very serious issue of Facebook’s interference in the world’s largest electoral democracy,” he wrote. In a tweet, Congress leader Rahul Gandhi said: “Facebook’s involvement in peddling fake and hate news needs to be questioned by all Indians.”