An analysis of economic background of the suicide victims shows 39,080 of them belonged to annual income group of Rs 1 lakh and above to less than Rs 5 lakh.

NEW DELHI:  The poorest but not the most uneducated have fallen victim to the highest number of suicides in India in 2018, according to the 2018 Accidental Deaths and Suicides in India (ADSI) report of National Crime Records Bureau (NCRB). The recently released report shows that the maximum people who committed suicide in 2018 earned less than Rs 1 lakh per annum but had some educational qualification. According to the report, 66% of the total 1,34,516 suicides in 2018 were by people who had an annual income of Rs 1 lakh or less. 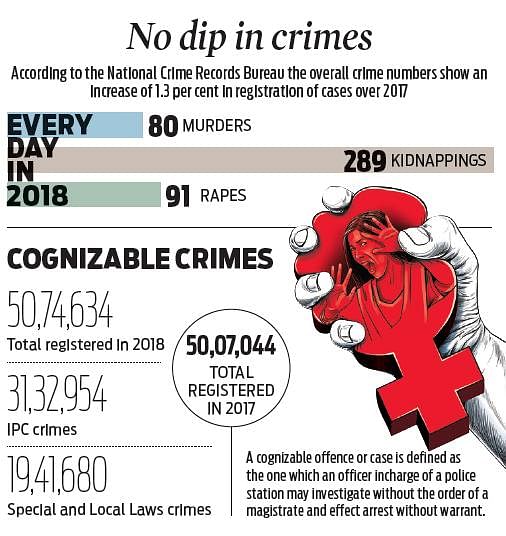 An analysis of economic background of the suicide victims shows 39,080 of them belonged to annual income group of Rs 1 lakh and above to less than Rs 5 lakh. Such victims accounted for 29.1% of total victims. An analysis of occupation wise break-up shows 13,149 people who were self-employed had the maximum number of victims (9.8%) followed by 12,936 people who were unemployed (9.6%). Over 10,000 students accounted for 7.6% of the total victims.

Stay up to date on all the latest Nation news with The New Indian Express App. Download now
(Get the news that matters from New Indian Express on WhatsApp. Click this link and hit 'Click to Subscribe'. Follow the instructions after that.)
TAGS
Suicides in India India suicides 2018 ADSI report NCRB report suicides