A statement from the Ministry of External Affairs said Jaishankar conveyed the protest of the Government of India in the strongest terms.

NEW DELHI: External Affairs Minister S Jaishankar on Tuesday held a telephonic conversation with his Chinese counterpart Wang Yi to discuss the situation at the Galwan Valley along the Line of Actual Control (LAC).

Both sides appeared to blame each other for the standoff. While Jaishankar said the Chinese side tried to unilaterally alter the status quo and deviated from the protocol agreed upon in the Corps Commander-level meeting held on June 6, Yi urged the Indians to investigate the matter and punish those responsible for it.

“China urged India restrain its military forces in the region to prevent any provocative actions. India must make sure similar incidents as that on Monday do not happen again. India must also not miscalculate the current situation, and not underestimate China’s determination to safeguard its sovereignty and territory,” Yi told Jaishanakar.

A statement from the Ministry of External Affairs said Jaishankar conveyed the protest of the Government of India in the strongest terms.

“The Chinese side sought to erect a structure in Galwan Valley on our side of the LAC. While this became a source of dispute, the Chinese side took premeditated and planned action that was directly responsible for the resulting violence and casualties. It reflected an intent to change the facts on ground in violation of all our agreements to not change the status quo,” the statement read.

Jaishankar told Yi that it was the need of the hour for the Chinese to reassess its actions and take corrective steps. “The two sides should scrupulously and sincerely implement the understanding that was reached by the senior commanders on June 6. Troops of both sides should also abide by the bilateral agreements and protocols. They should strictly respect and observe the line of actual control and should not take any unilateral action to alter it,” the MEA said.

Both sides agreed that the overall situation would be handled in a responsible manner, to implement the disengagement understanding of 6 June sincerely. They also agreed that neither side would take any action to escalate matters and instead, ensure peace and tranquillity as per bilateral agreements and protocols.

Experts say the statements are a sign that neither side is ready to back down. “While both sides are stressing on maintaining peace and tranquillity, there is also mention of fiercely guarding territories. This can be interpreted as both wanting to stand their ground. The issue is unlikely to be settled soon as there is a different perception of LAC and both sides want to stand their ground,” an ex-diplomat said.

THE MARTYRS WHO MADE THE SUPREME SACRIFICE FOR THE NATION 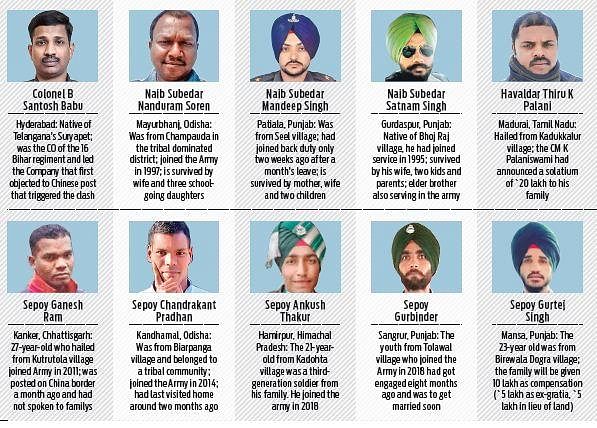 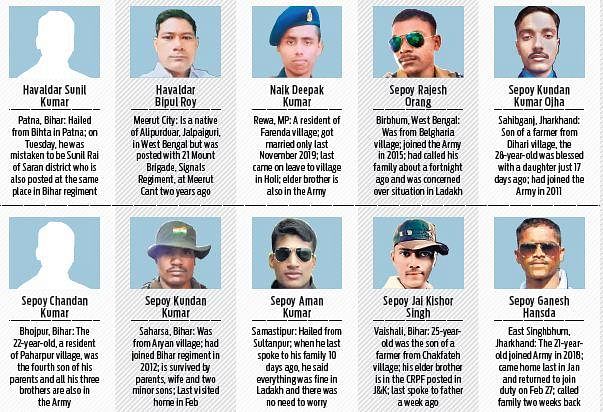