Smith was in sight of his third successive Ashes hundred when, on 80, he turned his head away from an express delivery from England fast bowler Archer timed at 92.4 mph.

LONDON: Australia batsman Steve Smith was forced to retire hurt after being hit on the side of the head by a Jofra Archer bouncer on the fourth day of the second Ashes Test at Lord's on Saturday.

Smith was in sight of his third successive Ashes hundred when, on 80, he turned his head away from an express delivery from England fast bowler Archer timed at 92.4 mph.

The star batsman fell face forward onto the ground and received several minutes of on-field treatment involving both Australian and England medical staffs amid concerns he could be concussed.

He eventually got to his feet and then, after a prolonged conversation with Australia team doctor Richard Saw, decided to retire hurt with Smith receiving a generous round of applause as he walked back into the pavilion. 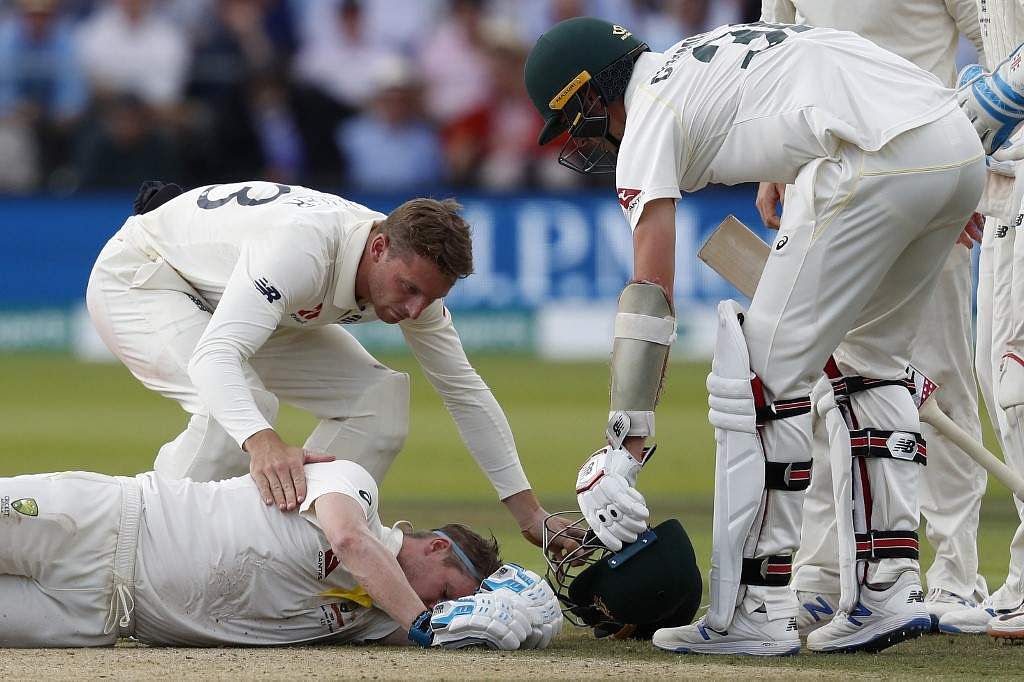 World Cup-winner Archer, making his Test debut, had previously struck Smith on his unprotected forearm with another bouncer.

His half-century at Lord's followed the 30-year-old Smith's superb scores of 144 and 142 in Australia's 251-run win in the series opener at Edgbaston last week -- his first Test since he completed a 12-month ban for his role in a ball-tampering scandal in South Africa that cost him the Australia captaincy.