The meeting opined the present controversy would have a “natural death” if the event is conducted successfully.

THIRUVANANTHAPURAM: The CPM state committee has asked the government to rope in various religious heads and prominent personalities from different walks of life to attend the Women’s Wall on January 1. 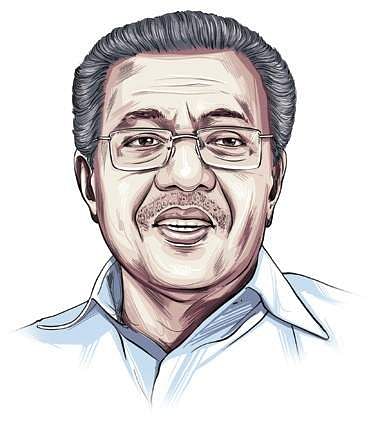 The meeting observed the Opposition’s criticism on the programme could be overcome by the successful conduct of the event. People of all religions and castes should be encouraged to participate.

Women’s Wall is not a political event. It is one of the several programmes of the government to spread awareness on equality for women. The 2018-19 budget had earmarked Rs 50 crore for women empowerment programmes while the Women’s Wall was announced only recently.

The meeting noted the controversy and criticisms on the event were unnecessary. Special care should be taken to avoid people being misled by smear campaigns.

The meeting opined the present controversy would have a “natural death” if the event is conducted successfully.

ALSO READ | The wall belongs to all living beings in this land: Pinarayi Vijayan

T’Puram: Chief Minister Pinarayi Vijayan has alleged people with vested political interests are misleading public on the Women’s Wall. The government had repeatedly said public money would not be spent for the programme.

But some quarters are repeating the lie it  is funded by the government. “They’re trying to mislead the public in the name of an affidavit submitted by the government in the High Court. It has crossed all limits,” he said. Former CM Oommen Chandy’s statement is also aimed at creating misunderstanding among people, he said. Large number of women would participate in the Wall, which aims at a continuation of the Renaissance Movement.

Stay up to date on all the latest Kerala news with The New Indian Express App. Download now
(Get the news that matters from New Indian Express on WhatsApp. Click this link and hit 'Click to Subscribe'. Follow the instructions after that.)
TAGS
CPM Pinarayi Vijayan

Ram Vilas Paswan defends CAA, NPR but feels protesters have a right to express themselves