Fighting COVID-19: Kerala looks overseas as it runs out of medical supplies

The state is also wary of the fact that international procurement of the essentials is not as easy as it seems because there is an overwhelming global demand for the essentials.

THIRUVANANTHAPURAM:  With Kerala running out of stock of PCR kits, RNA extraction kits and personal protective equipment (PPE), it is looking at South Korea, Germany and Dubai to procure the same. The state is also wary of the fact that international procurement of the essentials is not as easy as it seems because there is an overwhelming global demand for the essentials. The procurement from within the country is also hit as other than Kerala, there are nine states/UTs which have been identified as Covid-19 hotspots in the country. The state has now knocked at the doors of the Centre for ensuring the steady supply of the same. 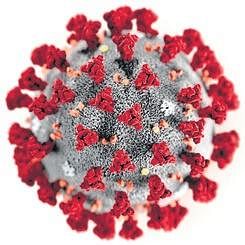 “The containment activities against Covid-19 can only be won if there is adequate stock of PPE and testing kits. But the state is slowly running out of stock. Efforts are on to procure it from within or outside the country. At the international level, America is a major threat as they stock up the essentials by paying three or four times higher than the market price,” said an officer of the Health Department.

According to the officer, the major shortage the state is facing is in the RNA extraction kits, which are a major tool in the diagnostic tests of SARS-CoV-2 and are used during the process of reverse transcriptase-polymerase chain reaction (RT-PCR).

“The state ordered two lakh RNA extraction kits. But it received assurance on the delivery of 1,000 kits. An order has been placed with a German company. But they informed us that they didn’t have the stock to meet the demand. Thus, the state approached other companies also, including a Pune-based company. The problem is that as Covid-19 cases in Maharashtra are high, the demand for such kits is also high there,” said a source.

The other major shortage, as per the source, is with the procurement of kits for RT-PCR and PPE.

“The state came to know that there is enough stock of RT-PCR test kits in South Korea and within eight to nine days it could procure around two lakh such kits. But for the same, the help of the Indian Embassy at Seoul is needed and the Ministry of External Affairs has been intimated on the same,” added the source.

Kerala is at present receiving accolades from various quarters as its interventions and proactive approach helped it to flatten the curve of the virus. Meanwhile, authorities say that it will be premature to enter into such conclusions and is stressing the need for mass testing.

Antibody test kits yet to arrive

Meanwhile, antibody test kits are yet to reach the state as efforts to procure it from foreign countries have hit a stumbling block due to technical formalities.

According to an officer, the government has sought the intervention of the Union Ministry of External Affairs in expediting its availability, to which the ministry has replied in the affirmative.

Antibody tests can detect whether a person has contracted Covid-19 before and if he/she has recovered since. It takes only 15 minutes to conduct the test, which collects blood from the finger. It also determines how widely the virus has spread and helps identify the asymptomatic group having Covid-19.

Herd immunity - In simpler terms, herd immunity is a by-product of an epidemic. When enough people in a community develop immunity to an infection it could be referred to as herd immunity.

T’Puram: The police on Sunday arrested 1,949 people and registered 1,991 cases in the state for lockdown violation. As many as 1,477 vehicles were also seized.  Kollam returned highest figures in terms of arrests and cases.