The Modi government, through the International Yoga Day celebrations, has been encouraging more people to embrace the fitness routine.

NEW DELHI: From a fitness routine, complete with complex asanas practised by a handful, Yoga has come a long way. Gone are the days when the practice was essentially confined to ascetics at ashrams.
Today, it is a way of life for many.

However, while Yoga has been embraced by many in their quest to stay fit and healthy, it is yet to catch on with the middle and lower income groups. Apart from some basic asanas which are practised commonly, they are not aware of others.

Neither are they aware of places where they can learn and practise Yoga like a pro.“After working for more than 12-14 hours, we hardly have time to exercise. For us, working long hours is no less than Yoga. Be it extreme heat or cold, we are always on duty. It is not easy driving an auto at 45°C,” Sachin Mandal, an auto driver who resides near Gujjar Dairy, Green Park, said.

Talking about Yoga, Sachin said he is not aware of all the asanas but believes that meditation is the best practice to stay focused and fit. 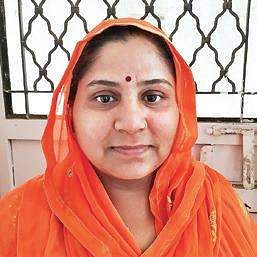 “Yoga is for rich people, who have time on their hands and their work doesn’t involve much physical movement. I am only familiar with meditation. Whenever I have time, I prefer going to a temple and meditating. It gives me peace of mind,” Sachin said.

Sushila Devi, who runs a vegetable stall at Chilla in East Delhi, said although she’s never practised Yoga, she wants her son to learn it.

“I have heard that Yoga is good for health, as it helps reduce weight and is key to maintaining a healthy lifestyle. However, I don’t have enough time to practise Yoga. But I want my son to learn. He has picked up some Yoga lessons at school but there’s no facility or centre in my locality where I could afford to send my son to learn his asanas better. I am thinking of buying him a book, which will help him learn Yoga,” she said.

While Yoga centres have mushroomed in the national capital in the recent past, the fees are often a hurdle for many to learn the fitness routine.

Ashok Kumar, who runs a laundry and resides at Kotla, said there are enough Yoga centres in the vicinity at Defence Colony and South Extension, but he hardly makes enough to visit those.

“I have some Yoga books, which I found at a railway station. There was buzz around Yoga when Baba Ramdev became a household name. I even followed some of his asanas like Kapalbhati. I still practise them but not every day. I might consider joining a Yoga centre if they offer to teach the likes of us for free,” Kumar said.

The Modi government, through the International Yoga Day celebrations, has been encouraging more people to embrace the fitness routine.

Now we are on Telegram too. Follow us for updates
TAGS
Yoga Yogaforall