HYDERABAD: A second accident on the newly inaugurated flyover at Biodiversity Complex junction near Gachibowli in a matter of just two weeks, has raised doubts whether there are any faults in the way the flyover has been designed.

Civil engineering experts from the city speaking to Express pointed out that the structure has been planned poorly, thus making the ride on it a risky one.

Dr KM Lakshmana Rao, professor of transportation engineering at Jawaharlal Nehru Technical University, Hyderabad, said, “The first issue is a major fault with the alignment of the flyover. For every horizontal curve, there should be a transitional zone, which is missing.

The inner radius and the outer radius of the horizontal curve is non-symmetrical. If you let the driver opt for the inner curve, it leads to a higher risk of such accidents. There are multiple planning faults, and it should be rectified by providing higher railings with road safety rollers which will transform the impact shock into rotational force.”

Snapshots from CCTV footage of the crash show the speeding Volkswagen Polo fall off the Biodiversity flyover and land on the road below: 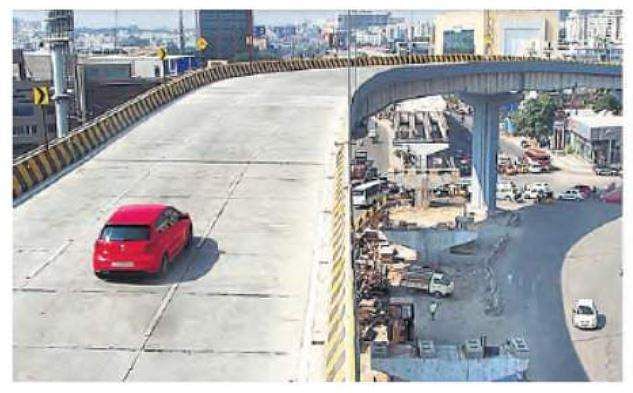 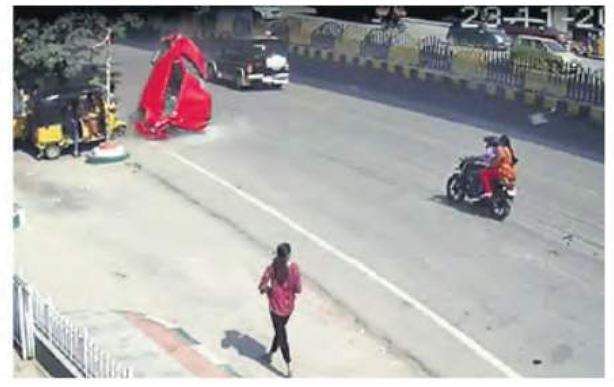 He further said, “Secondly, the starting point of the vertical gradient itself has been wrongly chosen. The location of ascent should be extended, it is too short.

Because of this fault, the vertical curve, and the horizontal curve get inserted into each other. There is supposed to be spacing between these two curves and the lack of this spacing leads to the accident occurrence in the form of a shock. It is not by virtue of any vehicle’s fault.”

He said, “The improper land use to build the flyover has led to the compromise of its geometrical alignment. This has affected the safety of the commuters, which is extremely painful and disheartening.”

Kumar Molugaram, Professor of civil engineering and transportation at Osmania University said, “The curves are very sharp on the flyover and require proper signage that is visible from a substantial distance so that the drivers are warned to reduce speed.

Additionally, rumble strips should also be constructed through the entire course of the curve.”

The flyover also provides a bird’s eye view of the area, and has led to many commuters stopping on it to take selfies, often standing dangerously close to the flyover’s edge and leaning over the railings.