Because he is the go-to designer for the trendiest collaborations, who celebrated 20 years in the fashion industry in April with ‘Kashgaar Bazaar’, a seminal show in partnership with style legend Christian Louboutin.

It was a collage of global epiphanies about nomads, gypsies, prostitutes, performing artists and a re-imagined Silk Route.

He is the influential rebel who upends convention, making zaftig fashionable in a world of anorexic models.

While casting present muse Varshita Thatavarthi, who was rejected for being plus size and dusky, he said, “I couldn’t take my eyes off her.” Mukherjee revels in flouting convention; he recently dressed Ranveer Singh and Rani Mukerji Chopra in eerily similar kurtas. 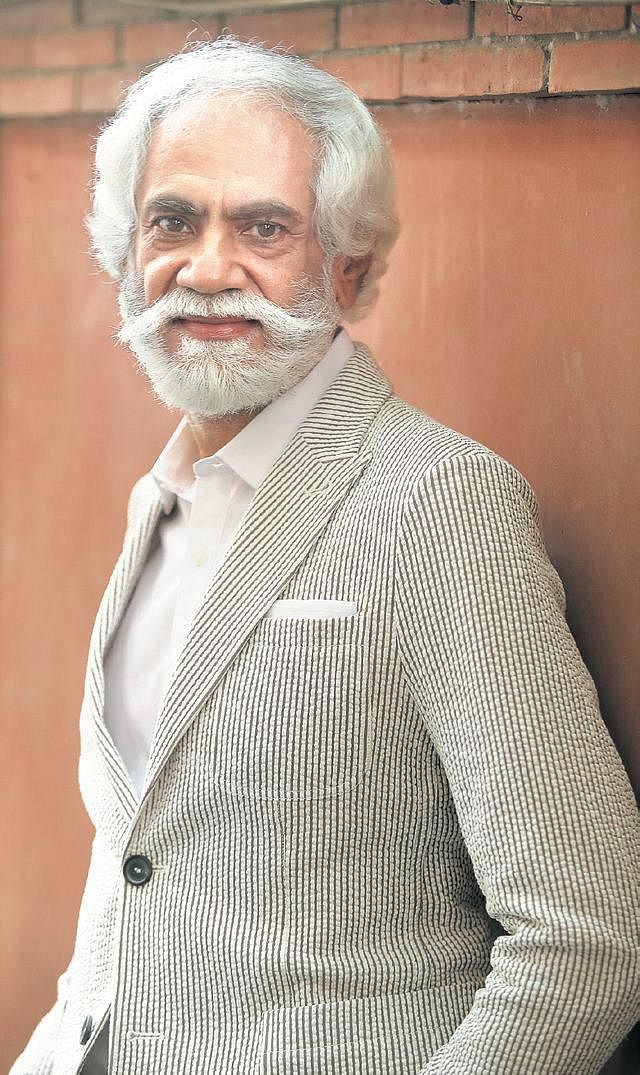 Because he is the evergreen face of fashion power. As the chairman of Fashion Design Council of India (FDCI), the country’s preeminent fashion organisation, Sethi is the custodian of the Indian fashion aesthetic for he sets the rules through a magic fusion of modern and traditional crafts. This year, the style maestro known for his dapper suits and silvery Old Testament look used Lotus Make-up India Fashion Week (LMIFW) to promote inclusivity in the industry—nearly 400 aspiring catwalk girls flocked to model auditions.

FDCI’s ‘My Fashion My Tribe’ and the Couture Hall of Fame were milestones of 2019. He is colouring FDCI green, which turns his contemporaries go green with envy. This year, it collaborated with Aditya Birla Group’s LIVA—a new-age naturally created eco-friendly fabric—as an associate sponsor for a greener LMIFW. FDCI was part of an effort that celebrated Mahatma Gandhi and ‘Swadeshi’ (a partner event between India and Bhutan).

It honoured Gandhi on the 150th birth anniversary and the friendship between the two nations. Designers from India and Bhutan showcased their creations in Khadi and Thagzo.

Known for his clout to make or break a label and hailed for his ability to make and shake the industry, he has completely revamped the face of the FDCI since he took over, making it grander, bolder, and more textile-driven.

He has also managed to rope in the governments and bodies of both India and abroad to promote his passion.

His favourite singers while in college were Cat Stevens and
Leonard Cohen. Sethi was so enamoured of Stevens’s beard that he grew one.

Because he invented the couture jewellery worn by B-stars and trendy brides alike.

Delhi’s dress-to-shock fashionista celebrated 15 years of his eclectic brand by diverging from fashion to furniture and decor with a debut exhibition held at his flagship store in Mehrauli.

New stores in Kolkata and Mumbai will follow. Gupta has also created a jewellery brand in partnership with Ahmedabad-based Occasions Fine Jewellery, which was displayed at his atelier this year—50 pieces in three collections namely Feather, Infinity and Forest.

He is not just a ladies man: his menswear label GG Groom makes up 25 per cent of his takings.

Credits: sari-gown, half-saris and lehenga-saris with three more variations such as a devoré sari, a chikankari sari, and an apron sari. He is the man who introduced the exaggerated shoulder blouse from overseas.

A personal matter Photographs of  parents in his bedroom

Because she decides how stars look.

Designers create dreams but stylists turn them into reality.  It was a good year for India’s supreme stylist who has curated the “look and feel” of every B-Town star worth speaking about.

In November, she styled Ranveer Singh for a magazine cover shoot. And the $1.2 billion beauty brand owner Huda Kattan in a mermaid avatar.

And Katrina Kaif in neon. As the owner of Style Cell, Adajania made styling famous in India long before aspiring lookspinners saw it as a viable career. Her celebrity talk show, Feet Up with the Stars, is now in its second season. In India, it’s celluloid that launches the most careers in the glamour business.

Starting as an assistant fashion editor, Adajania was the stylist for several Bollywood blockbusters such as the Dhoom series, Love Aaj Kal, Cocktail et al. She is the exclusive stylist for Deepika Padukone. She has almost single-handedly steered Vogue India’s growth as the fashion-forward voice of India’s fashion community.

Say No To
Boring black trousers

Secret Revealed
Once Katrina Kaif took away her jeans and left her with no pants. Katrina’s explanation:
‘When I’m looking at you, I’m shopping. I borrow for keeps.’

Looker with a mind

Because she is Bollywood’s most influential style-maker despite her doubtful acting skills and the poor commercial success of her films. Sonam is the new aggro-feminist of tinsel town. The girl who spends more time posting different looks and dresses on Insta rather than producers spend on making films has a serious, combative side—she refuses to work with directors who pay female actors less than their male counterparts. Her vocal attacks against gender bias and unequal pay in the industry got much traction this year.

The star daughter who ‘practices Hinduism and believes in karma’ got into a Twitter spat with filmmaker Ashoke Pandit over the brutal murder of a baby girl in Aligarh, UP. She sparred with Vivek Oberoi who had tweeted a tasteless meme of former lover Aishwarya Rai’s boyfriends. Sonam called it ‘disgusting and classless’ to which Oberoi’s riposte was, “I’ve been working in women empowerment for 10 yrs now.”

When she is not getting into rows, Sonam focuses on her social media skills, which have made her an important Bollywood style influencer. When she paired a seafoam green pantsuit by 3.1 Phillip Lim with high-waisted formal trousers and a matching blazer, followers went Instacrazy. Sonam’s friend and filmmaker Zoya Akhtar described her fashion sense as: “She always looks like an art installation.” She has set fashion trends in the industry like the sari pant style favoured by Rekha. 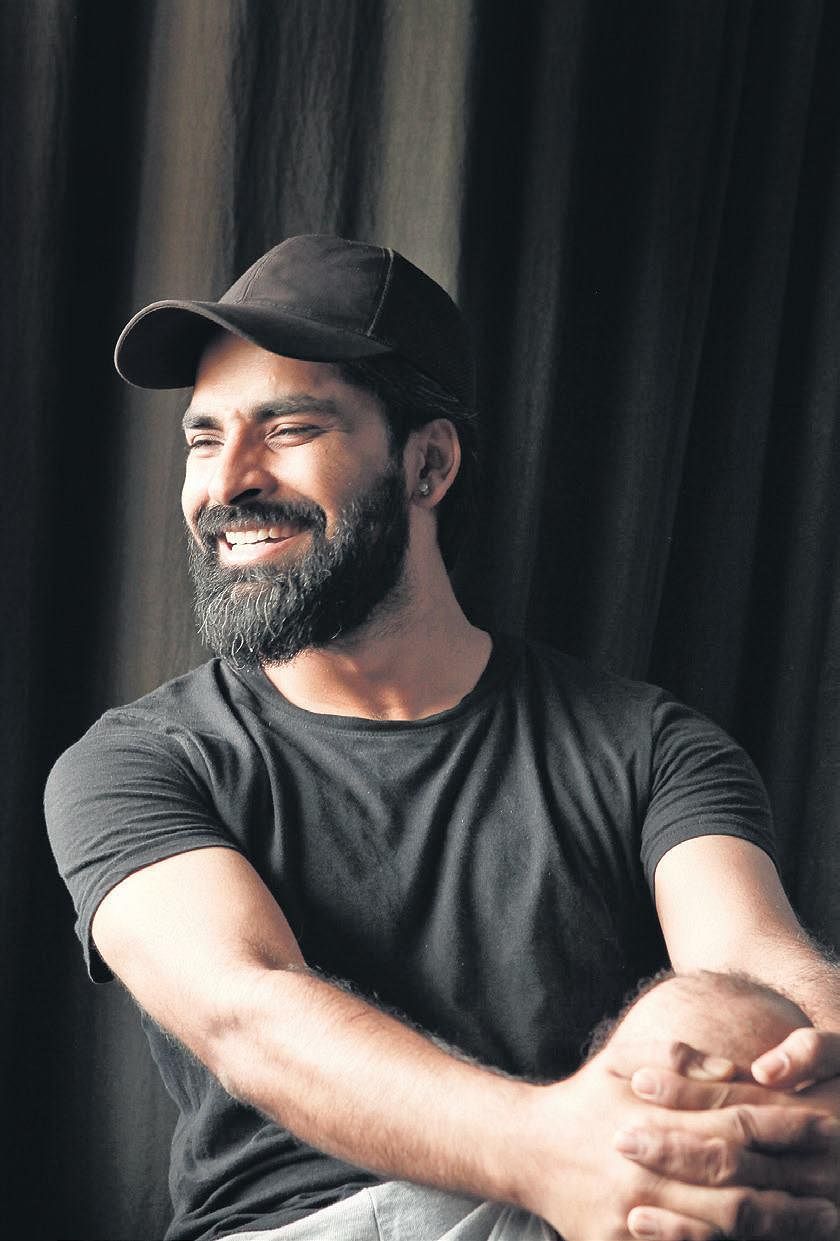 Because not many new designers get support from corporate clothing giants like Raymond unless you are an Ujjawal Dubey.

His line Antar-Agni that showed at Lakmé  Fashion Week 2019 used fabrics such as Eri, Tussar and Muga silk woven by artisans who the retail giant supports. Antar-Agni sells Indian fashion on a global scale.

Androgyny and gender-fluid ethnic menswear fashion are his calling card—his growing women clientele pick up clothes from the menswear collection since they can be worn by all sexes. Fabric decides his designs; asymmetrical hemlines, cuffed hem pants, dropped crotch dhoti pants, draped jackets and kurtas with an anti-fit finish are what have endeared him to fashionistas. The 29-year-old favours raw Indian textiles for their natural flow and uses dull, earthy hues of blacks, greys, navy and rust. Layering is key.

Mantra
The fabric is the hero 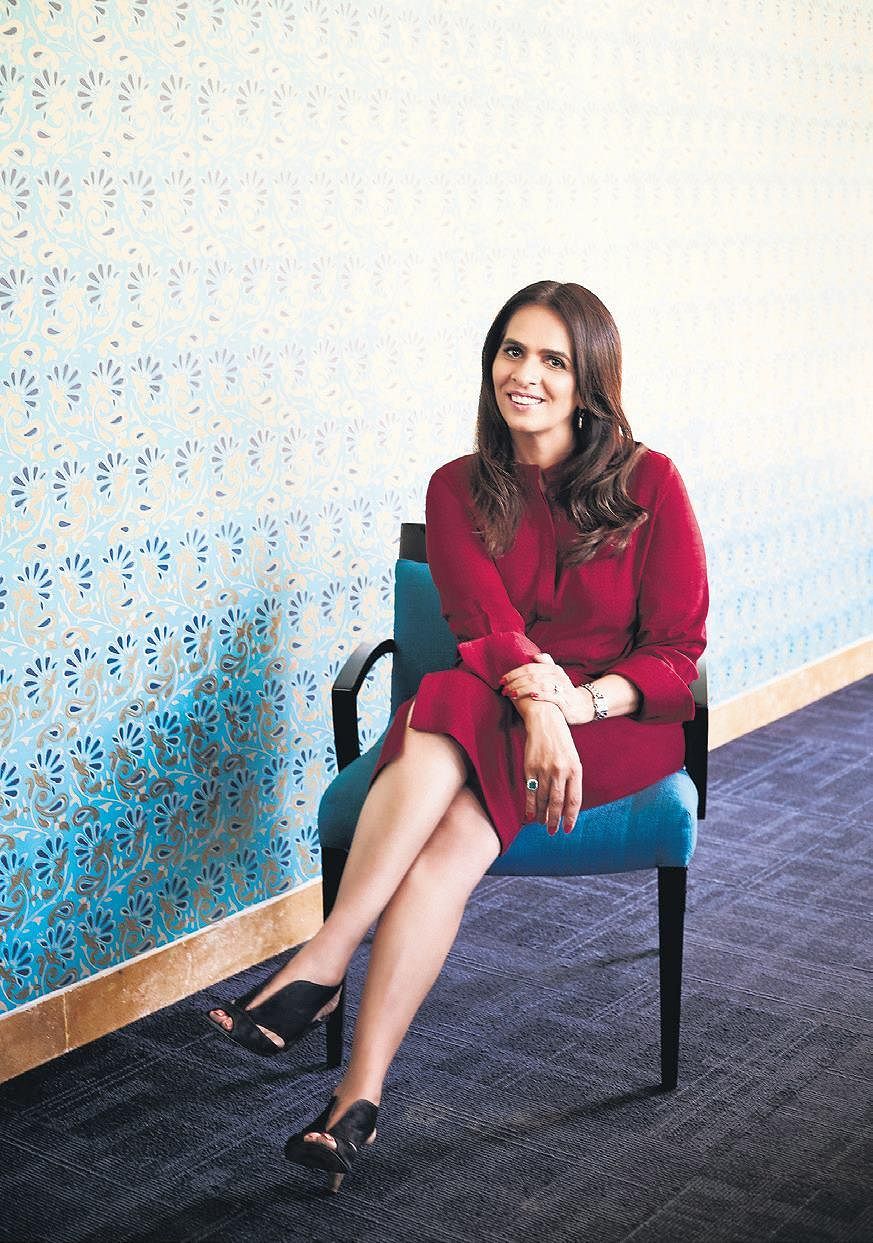 Because she is the only top fashionista to give Indian fashion its conscience. She is the first designer to abjure animal products in making dresses.

She is an explorer of the variety of regional Indian aesthetics, currently on an expedition of discovery of Northeast tribal design patterns and techniques.

One of the country’s top bridal designers, she has vowed to take Indian weddings back to their sustainable ethos. She recommends eco-friendly fabrics woven locally.

No more conspicuous consumption, she says and advises brides to raid the family attic for trunks full of Kancheevaram saris their grandmothers wore for their nuptials.

Dongre is an activist at heart. For many years, she has been working closely with SEWA (Self Employed Women’s Association, a Gujarat trade union registered in 1972) and providing them work.

Now she is their main patron. She has done much to protect heritage crafts and empower women through her label ‘Grassroot’ which collaborates with SEWA. This led her to explore different artisan communities.

She is an original startup girl; while still in college, she bought sewing machines with the money she earned from exhibitions. She started her atelier on the balcony of her home and entered the Rs100-crore club in 2013.

Championing greener alternative fashion, her brands Global Desi and AND use Lenzing EcoVero, an environment-friendly viscose fibre from Lenzing, to make clothes. “My brides are liberated, modern, cool, young and spirited.” 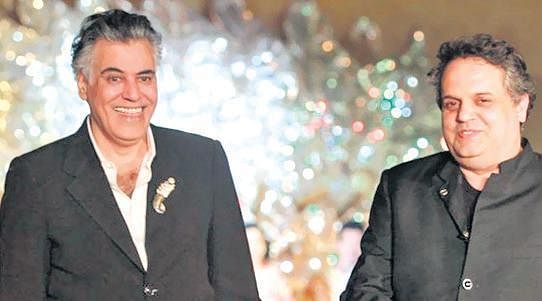 Because Indian design czardom comes to those who storm the rarefied heights of the rich and famous of Mumbai.

Abu Jani and Sandeep Khosla of the Abu Sandeep label are the undisputed representatives of this genre. The Ambanis, headlined by daughter Isha, swear by them, so do the Bachchans.

Beyonce stunned the guests with an embellished set at the Isha Ambani and Anand Piramal wedding. So did Sophie Turner at the Priyanka Chopra and Nick Jonas wedding.

Jaya Bachchan rarely misses a show and is among the first to hug them—they even threw a private birthday dinner with an exclusive attendee list. The stars are their friends, they maintain, and that’s all the publicity they need.

Bollywood is the centre of their universe. Their clients range from yesteryear beauties such as Waheeda Rahman, Asha Parekh, Helen, and Sadhana to Dimple Kapadia and now Sonam K Ahuja and Priyanka Chopra Jonas. As Karan Johar once said of them: “They are millennials stuck in veteran bodies.”

Claim
People are flirting with mediocrity

Because he is the brightest bad boy of Indian fashion forever. In October, the Peter Pan of design announced his collaboration with a Swedish beauty brand to celebrate beauty in all its forms.

Time profiled Bal, called ‘Gudda’ by his friends, acquaintances and acolytes, as ‘India’s master of fabric and fantasy’ in a special report.

His Kashmir-inspired collection ‘Guldastah’ evoked his birth roots in the strife-torn lost paradise Guldastah in collaboration with the sustainable fashion label—Usha Silai.

Eight women from Kashmir trained by its team worked on the collection.

In July, Bal claimed he had “witnessed the continued bastardization of Indian fashion” and that the “Bollywood bug” had “rendered Indian fashion almost insignificant,” and lamented that C-Grade film stars walk the ramp and originality is dead.

He is also the Oscar Wilde of Indian style: though he was initiated into the FDCI’s Couture Hall of Fame, he denies he is a couturier.

The Bal hallmark is meticulous attention to detail. Favourite fabrics are velvet and brocade. His signature is lotus and peacock motifs.

He draws inspiration from the Mughal and the Gupta period. As Indian fashion designers get versatile in their trade, Bal has ventured into accessories, jewellery and crystal tableware. He holds the key to an unique aesthetic, which is at once delicate and fierce.

Mantra
Making something out of nothing

Strengths
• Indian crafts
and textiles
• Bollywood films are no, but Bollywood
people yes

Because the big boys love her. At a party for the upcoming wedding of Mukesh Ambani’s nephew Arjun Kothari, all the girls of the family wore dressed by Anamika Khanna.

The Kolkata-based designer launched her latest collection AK-OK on Instagram, boasting cool silhouettes. She has plans to launch a menswear collection and a new store in Mumbai.

She was such a success at London Fashion Week 2005 that starting with Harrods, approximately 120 stores across Europe now sell her line.

Over the last two decades, she has successfully blended Indian artisanal handiwork with western silhouettes. Deconstruction is her calling card; she turns angrakhas into jackets, merges dhotis with saris, and at the same time has her finger firmly on the pulse of the millennial bride.

‘Her designs are very thoughtful, they are artistic, and they make women feel beautiful.’- Sonam K Ahuja on Khanna