Chennai is the citadel of Carnatic music with an exception in the 13-year-old form of Lydian Nadhaswaram who is the first Indian teen to feature in the hugely popular Ellen DeGeneres Show.

Because he is the pioneer of Indian standup comedy who has achieved the ultimate dream of any Indian entertainer: making it big in Hollywood. This year, India’s pioneer comedian Vir Das entered Hot Star’s international panorama with a significant role in crime serial Whiskey Cavalier where he plays the main protagonist, an American-Indian FBI agent—and it wasn’t funny. He is currently filming two specials for Netflix. Abroad Understanding made him the first Indian comic to have his own standup special on the streaming platform. International magazine Variety named him in the ‘10 Comics to Watch’ along with Hasan Minhaj and Tiffany Haddish, which led to more shows on platforms such as Amazon Prime Video; Jestination Unknown aired earlier this year. It is a cartwheel of fun that happens along his trips to Lucknow, Mysore, Jodhpur, Patiala, Leh, and Kumarakom in the company of fellow comedians such as Suresh Menon, Shruti Seth, Anu Menon, Ashwin Mushran and others. Despite being an industry outsider, there is no path that Das hasn’t joked along—Bollywood, comedy, music with his Alien Chutney band and now American television. And all just for laughs.

Once upon a time
In 2007, Das decided to be a full-time comedian and created a DVD for Battle of Da Sexes

It all started with a joke
Established Weirdass Comedy, India’s first comedy consultancy company in 2010

When asked to change his name
“Firstly, no. Secondly, if I do change my name I’m going with Mukesh Ambani.”

Quotable words
"If comedy offends somebody, do more comedy" 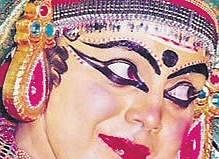 Because she is one of the few women who are breaking gender stereotypes in the traditionally male-dominated dance form of Kerala, Kathakali. Menon has played both male and female roles effortlessly for years.

This year she was cast by filmmaker Shruthi Namboodiri in Itharam, a movie based on gender disparities in Kathakali where Menon depicts the role of Keechaka in a key episode from Keechakavadham, an excerpt from the Mahabharata.

The mother of two is best known for her portrayal of Duryodhana in all-female Kathakali presentation titled Duryodhana Vadham.

When she started off in 1975 at the Tripunithura Vanitha Kathakali Sangam, an all-women troupe of Kathakali dancers, they were just two or three women. Now there are 50 female dancers in her own troupe alone.

Record player
Over 2,500 performances within India and abroad 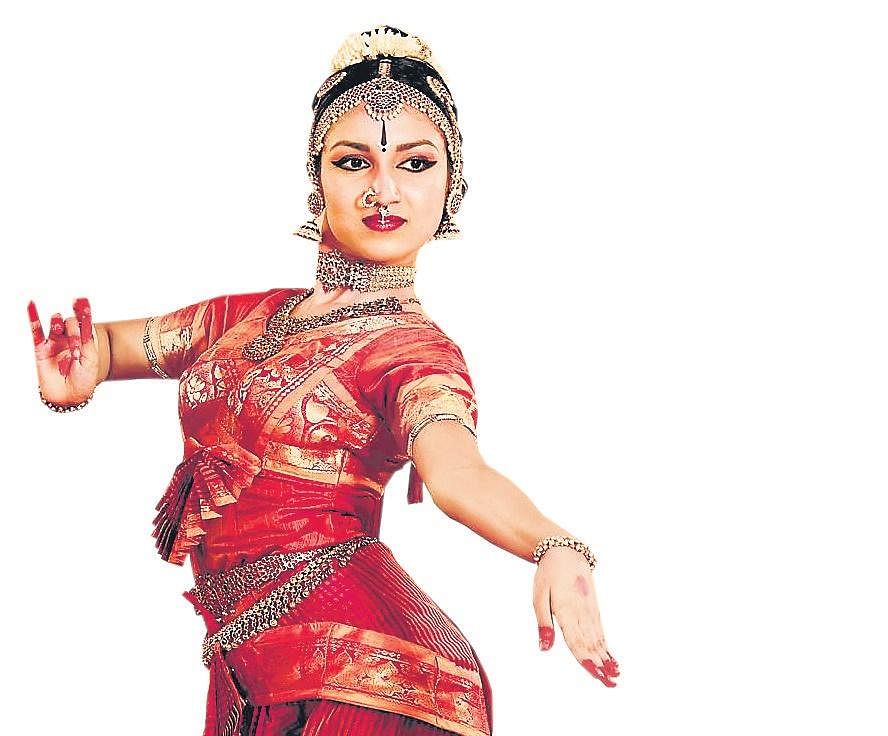 Because she is the most recent youngest classical dancer who has made Kuchipudi dance global. At the Walt Disney Concert Hall on December 7 and 14, danseuse Bhavana Reddy stepped up with an accomplished performance for the Los Angeles Philharmonic Orchestra’s production of Stravinsky’s ‘Rite of Spring’ with a 100-piece orchestra.

It’s a first for an Indian artiste. Genetics is in her feet, being the daughter of noted Kuchipudi exponents and Padma Shri winners Raja Reddy and Kaushalya Reddy, who became her gurus when she was only three.

Her cup of talent brimmeth over; she has cut the solo EP ‘Tangled in Emotions’. She performed at the Grammy after-party and had her own song in the Hollywood film Joy Ride 3: Roadkill, which she assayed in grunge rock style.

Family matters
Loves to perform with half sister Yamini—they have the same father Raja, and their mothers are real sisters.

Give and take
Teaching Kuchipudi since she was a teenager. Has 100 students.

Because he is India’s biggest YouTube star with the power to move conscience into action. In December, Bam released a video titled ‘My Duty’ to express his fury over the gangrape and murder of a veterinarian in Hyderabad.

Its Facebook page gets nearly 10 million unique views a week. Unlike his YouTube competitors, Bam diversifies the content. Besides doing funny videos, he is establishing himself as a singer, actor and interviewer.

He collaborated with international YouTube star Lilly Singh this year. He acted in a short film with Divya Dutta called Plus-Minus last year, and recently bagged a Filmfare award for the same.

He has over 30 brand endorsements—a feat similar to many a Bollywood star. From music to comedy to acting, this internet sensation is acing it.

Dodging bullets
“Either video may stay or Bhuvan is likely to be alive.” Shiv Sena threat

Claim to fame
• BB Ki Vines first went viral in Pakistan. It got 15,000 views in a single week. It was shot on his cellphone.
• Played music at a Mughlai restaurant in Delhi in his early days. 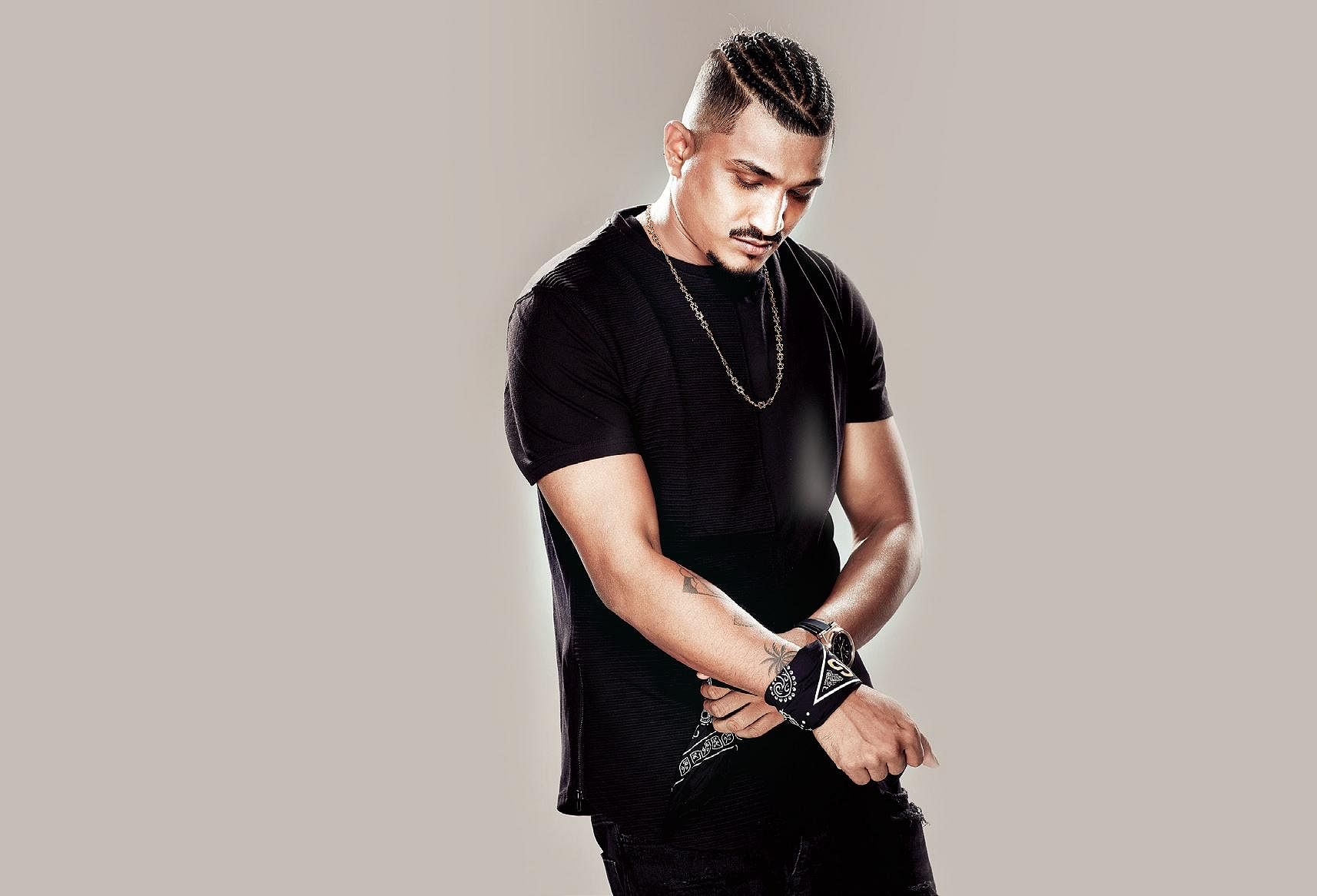 Because he is the first Indian rapper to have a big-ticket movie hit inspired by his life. Blockbuster Gully Boy is based on the lives of Vivian Fernandes aka Divine and Naved Shaikh aka Naezy.

The 28-year-old Divine’s success lies in his ability to connect with the small-town and not-so-hip urban millennial, perhaps thanks to his experiences as a youth growing up in Mumbai’s chawls and ease with the lingo.

Public fascination with him continued beyond the film: in July, Gully Life, a documentary based on his life again, directed by Akshat Gupt, was aired on all Discovery Channel platforms and followed by a digital release on Red Bull TV and his own YouTube channel.

The 23-year-old is the guiding light of the Dara Shikoh Fellowship, a Srinagar-based month-long arts and culture residency, which allows students from Jammu, Kashmir and Ladakh to interact with scholars and creative personalities in the region through theatre workshops, short story readings around Sufi shrines, Kuchipudi performances inspired by Kashmiri mystic Lal Ded’s poems and a contemporary study of Mughal miniatures.

The Ivy League undergrad, who studied how art, music, cinema and literature shape sexual identity, is bound for Oxford on a full Rhodes scholarship, which is given based on a candidate’s global perspective.

Quote Unquote
‘We expect empathy from all corners of the country after any incident but won’t take the time to stand up against NRC in Assam or communications blackout in Kashmir.’

Perfect date
A small round table on the beach with candles or pyjamas and Netflix.

Because he is India’s most influential standup comic who is unafraid to mock politicians. He handheld Shashi Tharoor’s witty performance in One Mic Stand, an Amazon Prime Video series which features celebs who are not professional comics. The 30-year-old standup is the firebrand of Indian political comedy.

In 2017, he made and uploaded an eight-minute viral video on YouTube in which he dissed the government and its cant of patriotism.

His style of delivering droll punchlines clicked with viewers, and soon he was busy tickling the conscience of the nation. Kamra switched from a cushy advertising job to build his comic talents.

When not touring the country or performing abroad, he hosts the popular YouTube chat show titled ‘Shut Up Ya Kunal’, where he invites netas, activists, and spokespersons from various political parties to talk about public issues. AAP politician Atishi, news anchor Ravish Kumar, student leaders Kanhaiya Kumar and Shehla Rashid soon found that the conversation was cut to funny instead of being laced with punchlines. When Chetan Bhagat knocked anti-CAA activism Kamra tweeted, “Maturity lies in not listening to you...” Bhagat was, amused.

Fact of life
Dyslexia makes it difficult for him to read even long emails or status messages. By his own admission, he has never read a book.

Because he is the first Punjabi singer-rapper to bring the medium into the Bollywood mainstream and take it overseas by collaborating with American rapper Pitbull on the party anthem “Slowly Slowly,” and featuring on his Latin pop song “Mueve La Cintura,” where Randhawa raps in Punjabi.

He bagged the 2019 Dadasaheb Phalke award for the ‘Most Trending Singer’. Despite the rise of Punjabi musicians thanks to Bollywood, Randhawa is not losing his spot on India’s playlist; his Bollywood debut ‘Suit suit’ (originally a single called ‘Suit’ with collaboration of Sri Lankan-British artist Arjun) in the 2017 film Hindi Medium cemented him in the Hindi film industry. It was quickly followed with another catchy number, ‘Ban ja rani’ from Tumhari Sulu.

Since then, the industry has come to love Randhawa and even though his rise seems to have occurred overnight, he was a name in the making for about eight years. The tracks ‘High rated gabru’, ‘Lahore’ and ‘Made in India’ have over 800 million hits each on YouTube.

Because he is Indian classical music’s best-known anti-caste rebel. In November this year, he translated the compositions of Sree Narayana Guru, Kerala’s saint, poet and reformer, into Carnatic music at the “Rooh-e-nool” concert held at Mumbai’s Tata Theatre, NCPA.

Krishna had previously done a similar experiment with Perumal Murugan’s anti-caste verse, but on a global scale.

The Chennai-based musician, commentator, writer and activist’s Delhi performance was cancelled due to pressure from right-wing trolls who called him an artist who sings about “Jesus and Allah” and is “anti-India”.

Whether as a Ramon Magsaysay Award winner or as the face of viral video ‘Poromboke’, he has given Carnatic music its conscience.

His passion is reflected in his books Voices Within: Carnatic Music — Passing on an Inheritance, A Southern Music—The Karnatik Story and more recently Reshaping Art. Krishna launched his own Carnatic classical music festival, the Uroor-Olcott Kuppam Marghazi Vizha, to challenge caste elitism in the existing Carnatic music system.

Whether the dissent is against Article 370, mob lynching or the Citizenship (Amendment) Act, Krishna is on the forefront with his artistic peers to protest.

Because he is the hope of Western classical music in India having won the $1 million prize at American reality show The World’s Best to ecstatic critical reviews.

Chennai is the citadel of Carnatic music with an exception in the 13-year-old form of Lydian Nadhaswaram who is the first Indian teen to feature in the hugely popular Ellen DeGeneres Show.

He is a multi-talented prodigy who can play the piano blindfolded, or simultaneously play two pianos, strum the guitar and play the mridangam.

Trained by AR Rahman at the KM Music Conservatory, Lydian is a boy of the world: he and his sister listen to melodies on YouTube together, and are up to date on the latest music software. The two compose their own music, too.

In April, he performed to a packed hall at the Jazz Foundation of America’s annual gala ‘A Great Night in Harlem’ at the Apollo Theatre, New York and in September with the Symphony Orchestra of India—Autumn 2019 Season in Mumbai.

Did you know?
• Home-schooled
• Prefers YouTube to books
• Can play